By: Donna Slater     21st June 2022 Seven criminals, found in possession of Transnet railway tracks in January, were sentenced to ten years in prison after pleading guilty to tampering with, damaging and destroying essential infrastructure. In recent years, Transnet has experienced a sharp increase involving theft of cables and... →

By: Tasneem Bulbulia     21st June 2022 Weather conditions in KwaZulu-Natal in April disrupted the entire supply chain, and while this is slowly being restored to normality, there are considerably direct and consequential costs to the region and country, and a full recovery will take much time, law firm Bowmans ports, transport and... →

By: Sabrina Jardim     17th June 2022 With South Africa’s reliance on commodity exports, which can be handled only in large volumes by rail, law firm Norton Rose Fulbright Africa director and transport head Malcolm Hartwell says rail is a more efficient and environment-friendly way of transporting goods, making it crucial that rail... → 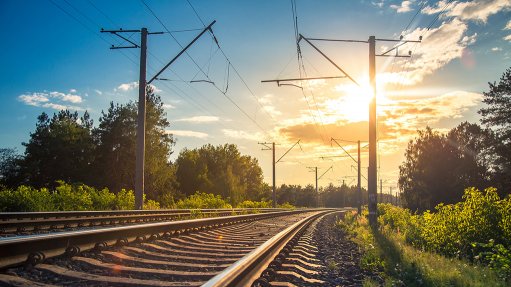 By: Sabrina Jardim     17th June 2022 Without international assistance, South Africa does not have the capacity to fund some of the large rail projects outlined by the National Rail Policy (NRP), released by Transport Minister Fikile Mbalula this year as a draft White Paper and subsequently approved by Cabinet, says law firm Norton... → 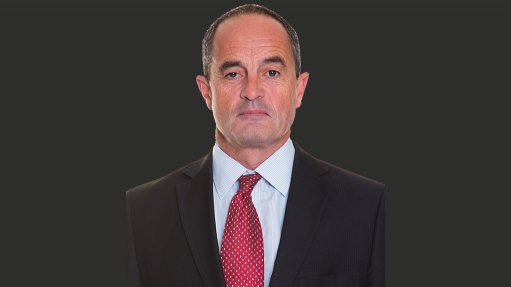 By: Donna Slater     13th June 2022 In responding to crises on local soil, South Africa needs to ensure all collaborators have sufficient capacity to engage and plan for joint action, says Business Leadership South Africa CEO Busi Mavuso. She says South Africa has responded well to some of the recent crises it has been presented... →

By: Donna Slater     7th June 2022 A final decision into Eskom’s nuclear installation site licence (NISL) for its proposed Thyspunt nuclear power station cannot be made, owing to “information gaps and outdated data” relating to the application under consideration by the National Nuclear Regulator (NNR). Eskom submitted the... → 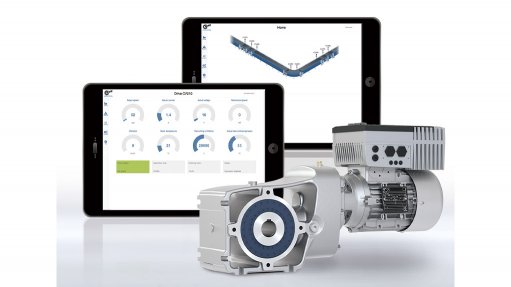 By: Donna Slater     6th May 2022 The National Prosecuting Authority (NPA), led by National Director of Public Prosecutions Advocate Shamila Batohi and Eskom CEO André de Ruyter met on May 5 to discuss appropriate collaboration on State capture cases and other organised crimes against Eskom. Batohi and De Ruyter were accompanied... →

By: Donna Slater     4th May 2022 The Competition Commission published a practice note on the Promotion of Competition and Inclusion in Supplier Panels of Banks and Insurers on February 28, building on the enforcement and advocacy work the commission has undertaken with insurers and banks over time. The commission reports in a... →

By: Tracy Hancock     29th April 2022 Although the purpose and provisions of South Africa’s National Water Act, No 36 of 1998 and Water Services Act, No 108 of 1997 are prescribed, it is the observance and compliance with the obligations under these Acts that is wanting, says law firm Cliffe Dekker Hofmeyr environmental, mining and... → 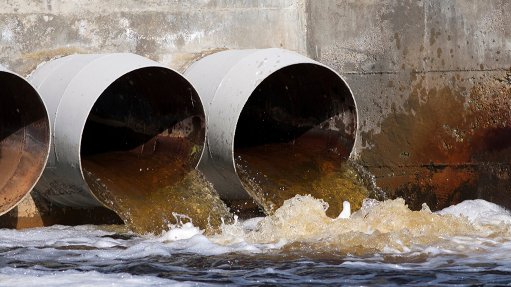 By: Donna Slater     14th March 2022 Power utility Eskom achieved a significant legal victory against municipalities when the Supreme Court of Appeal (SCA) on March 9 affirmed its right to payment for services rendered to municipalities. This was the conclusion of a court case between Eskom and the Free State province, in which the... →

By: Donna Slater     7th March 2022 With the latest volume of the Zondo Commission report having been released, Business Leadership South Africa (BLSA) CEO Busi Mavuso says it will be critical to manage the capacity and resources of South Africa’s investigating and prosecuting services. In this regard, she notes that the National... → 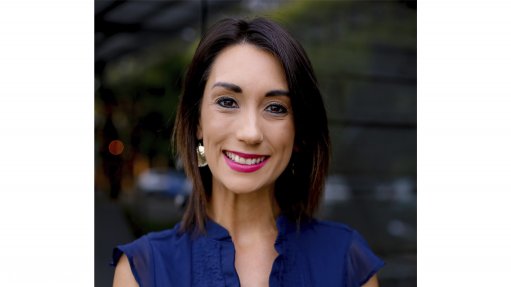 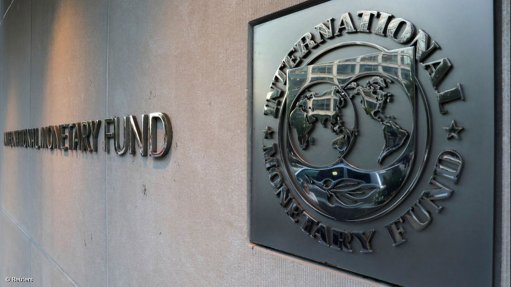 By: Sabrina Jardim     25th February 2022 Law firm Norton Rose Fulbright will participate at this year’s Africa Energy Indaba as a partner, providing a legal perspective on energy sector laws. The global law firm provides a business law service, with an industry focus throughout major key industries, including the energy industry. → 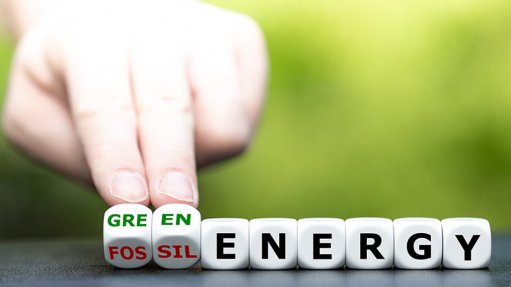 By: Tasneem Bulbulia     15th February 2022 Forestry, Fisheries and the Environment Minister Barbara Creecy has extended the public consultation period for comment on the proposed amendment to the Section 24H Registration Authority Regulations to February 21. She has also granted a six-month extension to the compulsory deadline for the... →

28th January 2022 The 27% increase in domestic vehicle sales in South Africa in October last year, compared with the same period in 2020, has resulted in more vehicles being transported across the country. As a result, attention is being drawn to safety concerns related to the transportation sector, particularly... → 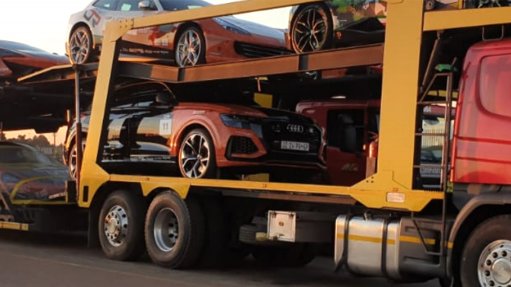 By: Tasneem Bulbulia     25th January 2022 The release of the Transparency International’s 2021 Corruption Perceptions Index (CPI) reveals that South Africa, along with many other countries in the world, has reached a virtual standstill in its efforts to curb corruption, as human rights abuses and the erosion of democracy flourish, says... →

By: Tasneem Bulbulia     17th January 2022 Business organisation Business Leadership South Africa (BLSA) CEO Busi Mavuso has addressed the criticism directed at the organisation and herself over one of its members, consulting firm Bain, following the publication of the first part of the Zondo Commission’s report into State capture. “Much... →

By: Tasneem Bulbulia     10th January 2022 Attorneys for independent business community Sakeliga have been instructed to prepare a request in terms of the Promotion of Access to Information Act (PAIA) to the Auditor-General to obtain specific management reports said to be submitted to the management teams of the various municipalities... →

By: Donna Slater     10th January 2022 Following the release of the first Zondo Commission report last week and recommendations for developing a National Charter against Corruption, Business Leadership South Africa (BLSA) CEO Busi Mavuso says such a move would be a “natural fit” to the BLSA’s Integrity Pledge, which commits every... →

Covid-19 vaccinations can be made mandatory

By: Khutso Maphatsoe     17th September 2021 Owing to the latest guidelines provided by the Department of Employment and Labour, which stipulates that Covid-19 vaccinations can be made mandatory by employers, companies would need to update their policies and procedures to ensure that they comply with the guidelines, which correspond with... →

By: Tasneem Bulbulia     10th September 2021 The Covid-19 pandemic has led to a spike in price gouging and complaints from customers, and the Competition Commission of South Africa had to, and continues to, focus efforts on mitigating this situation, and has learnt several lessons from this. This was indicated during the a webinar hosted by... →

By: Tasneem Bulbulia     2nd September 2021 The Competition Amendment Act, and a recent decision by the Competition Commission of South Africa, have benefits, but also raise questions for companies, speakers indicated during a webinar held by legal adviser Bowmans on September 1. The commission recently prohibited a transaction in which... →

Bowmans competition partner Lebohang Mabidikane provides some background to Competition Commission’s use of public interest assessment, following its recent decision to block a proposed acquisition of Burger King on these grounds. 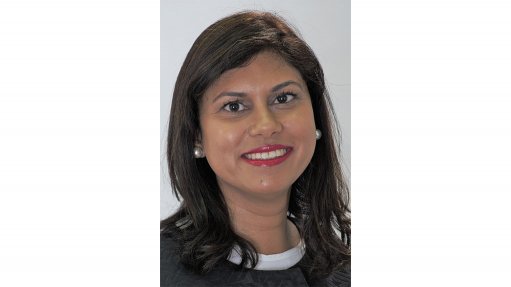 NIKITA LALLA Eskom’s argument is that Nersa had gone beyond its statutory or regulatory regime, and the information it was allowed to consider in determining tariff increases

By: Tasneem Bulbulia     11th August 2021 South Africa’s tobacco industry is stepping up its campaign against illicit cigarette producers with a new educational campaign aimed at helping smokers distinguish between legal and illicit products. The ‘Know What You Smoke’ campaign is hinged on an animated video that explains how the price of... →

By: Donna Slater     23rd July 2021 Following the looting that took place during the civil unrest of mid-July in KwaZulu-Natal and Gauteng, insurance experts advise that claimants ensure they have proof of damage or loss or destruction of stock, to ensure they are able to submit claims within the 30-day threshold. During a webinar... →