By: Schalk Burger     30th April 2021 The 10 700 m2 Ekhaya Mall was opened to the public on April 29 after sixteen months of construction and, based on shopper and retailer demand, the mall’s third phase of 1 800 m2 is already on the cards. The Ekhaya Mall comprises 45 shops, including anchor stores Cashbuild, Shoprite and Roots... →

Fairvest seeks to acquire a stake in Arrowhead

By: Schalk Burger     28th April 2021 By December 2022, some nonresidential buildings will be required by law to display an Energy Performance Certificate (EPC), which is done by measuring the building’s energy use intensity and giving it a colour-coded score from A to G, sustainable structures organisation the Green Building Council... →

By: Donna Slater     23rd April 2021 JSE-listed real estate investment trust Emira Property Fund has received notice that, Maitlantic 10 and Clearance Cantara Master Fund (the offerors) have acquired a combined 35% of Emira’s shares. As such, the offerors will launch a mandatory offer to acquire all the Emira shares not already... →

By: Schalk Burger     19th April 2021 Private real estate development company Gateway Real Estate Africa will build its first commercial office building in Ghana at Appolonia City, which is an inclusive mixed-use new city 20 km from the centre of the capital Accra. The first phase of the project will cost about $4-million. →

By: Schalk Burger     16th April 2021 The partnership between the National Housing Finance Corporation (NHFC) and the City of Cape Town to upgrade and maintain the city’s estimated 57 000 units of rental stock will help to provide decent, secure and affordable accommodation to the people who live and work in the city, Human... →

By: Simone Liedtke     13th April 2021 A new mixed-used development Station House has been launched on Cape Town’s Atlantic Seaboard. Located at 19 Kloof road in the heart of Sea Point, one of the most desirable and growing areas of Cape Town, Station House is a 12-storey architectural building, which when completed, will feature 230... → 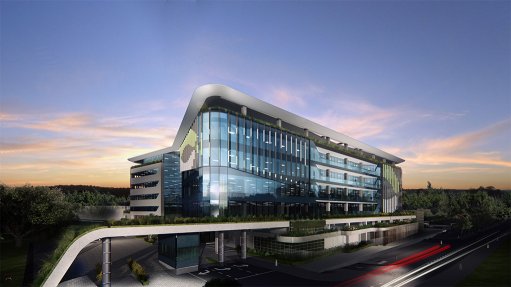 The building achieved an As-Built 6-Star Green Star-rating, which is the highest GBCSA sustainability accreditation

By: Simone Liedtke     6th April 2021 JSE-listed property management company Growthpoint Properties and Cintocare, the hospital, have opened an 11 000 m2 specialised surgical hospital development in Tshwane, which is expected to become the first five-star rated green hospital in Africa, and only the fifth in the world with its... → 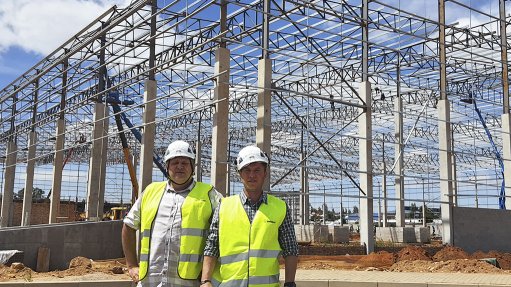 By: Darren Parker     2nd April 2021 Civil engineering company Icon Group is conducting the bulk earthworks for three warehouses that will be constructed in Ekurhuleni, Gauteng. The triple warehouse project is being developed by property developer JT Ross Property Group on a 40 000 m2 site, with all three warehouses being of equal... →

Bara500 ICU hospital handed over after six months of construction

31st March 2021 With the surge in hospital admissions brought about by the global Covid-19 pandemic, the Gauteng departments of Health and Infrastructure Development embarked on a project to increase its ICU capacity through a national refurbishment and additional build programme. Enza Construction was... → 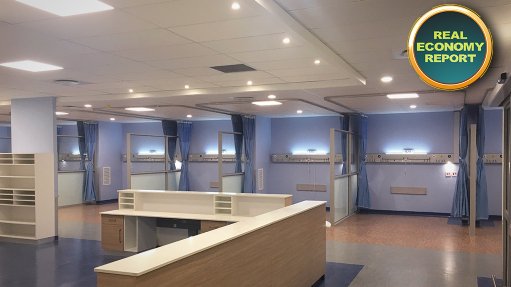 Bara500 ICU hospital handed over after six months of construction

By: Tasneem Bulbulia     30th March 2021 JSE-listed Balwin Properties expects its consolidated earnings per share and headline earnings per share for the year ended February 28, 2021, to be between 18% and 23% lower year-on-year. During the period, Mooikloof Mega City, Tshwane East and Greencreek were gazetted as strategic integrated... →

By: Irma Venter     26th March 2021 There are some positives to be found in the South African construction market, despite the Covid pandemic, says Industry Insight senior economist David Metelerkamp. This first positive lies in the resilience of the civil engineering sector, where there was a 12.7% increase in civil tenders... → 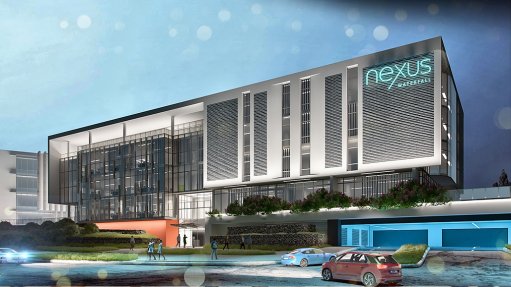 By: Schalk Burger     19th March 2021 Property investment and development company Atterbury's intensive water consumption reduction drive, using sustainable water management systems at eight of its buildings, has enabled it to use 250 000 ℓ less a day compared with historical consumption. It achieved this through a combination of... →

By: Donna Slater     19th March 2021 Effective March 23, engineering company Murray & Roberts’ (M&R's) classification on the JSE will move from Diversified Industrials to the Engineering and Contracting Services subsector – a new subsector to be introduced by FTSE Russell and the enhanced Industry Classification Benchmark. Group CE... →

WBHO sees a tripling of civils and road project pipelines

By: Irma Venter     19th March 2021 The pipeline of civil engineering projects in which Wilson Bayly Holmes-Ovcon (WBHO) hopes to participate has “recently nearly tripled” to R27-billion, up from R10.5-billion in June last year, says CEO Wolfgang Neff. This pipeline only includes contracts that WBHO believes will be awarded in the... → 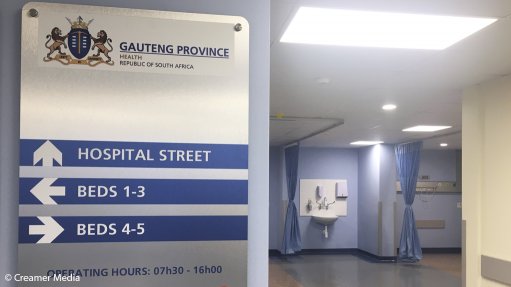 By: Donna Slater     15th March 2021 After having risen to 29 in the fourth quarter of 2020, the First National Bank (FNB)/Bureau for Economic Research (BER) Building Confidence Index shed two points to 27 in the first quarter of this year, showing that more than 70% of respondents are dissatisfied with prevailing business... →

By: Donna Slater     11th March 2021 The Social Housing Regulatory Authority (SHRA) and the South African Women in Construction & Built Environment (SAWIC & BE) have signed a memorandum of understanding (MoU) aimed at advancing the participation of women in the social housing sector. Various stakeholders and partners attended the... →

By: Donna Slater     10th March 2021 JSE-listed property investment holdings company Growthpoint Properties achieved 12.5% year-on-year growth in revenue and R2.5-billion in distributable income for the six months to December 31, 2020. It has declared an interim dividend of 58.5c a share. →

By: Simone Liedtke     10th March 2021 JSE-listed Polish retail landlord EPP reported earnings of €5.56 a share for the year ended December 31, 2020, exceeding the company’s guidance of between €4.75 and €5.25 a share. This, combined with a strong retail rebound in Poland and “promising” economic prospects, bodes well for EPP’s future... → 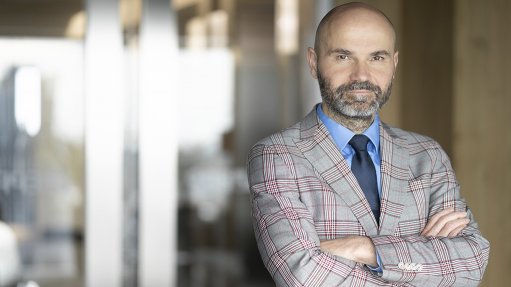 By: Irma Venter     5th March 2021 There are some positives to be found in the South African construction market, despite the Covid-pandemic, says Industry Insight senior economist David Metelerkamp. This first positive lies in the resilience of the civil engineering sector, where there was a 12.7% increase in civil tenders... →

By: Marleny Arnoldi     4th March 2021 JSE-listed real estate investment trust (Reit) Fairvest Property Holdings, in its results for the six months ended December 31, 2020, noted strong improvements in property fundamentals and a solid 7.2% increase in distributions compared with the first half of the 2020 calendar year. However,... →

By: Marleny Arnoldi     3rd March 2021 JSE-listed property developer Calgro M3 has embarked on a series of actions to ensure the group’s ongoing sustainability. This includes having sold a $49-million noncore project in February.  →

By: Irma Venter     3rd March 2021 The pipeline of civil engineering projects in which Wilson Bayly Holmes-Ovcon (WBHO) hopes to participate has “recently nearly tripled” to R27-billion, up from R10.5-billion in June last year, says CEO Wolfgang Neff. This pipeline only includes contracts that WBHO believes will be awarded in the... →

Hyprop warns of up to 46% decrease in distributable income

By: Schalk Burger     26th February 2021 Specialised shopping centre real estate investment trust (Reit) Hyprop expects its distributable income a share for the six months ended December 31, 2020, to be between 43% and 46% lower year-on-year at between 181c and 191c. The company attributes the decline mainly to the negative impact of... →

By: Schalk Burger     26th February 2021 Stellenbosch University (SU) received the very first Electrical Performance Certificate (EPC) for any building in South Africa, with its Admin B building receiving an A-rating for electrical consumption of 48 kWh per square metre. This is in adherence to the amendment to the National Energy Act... → 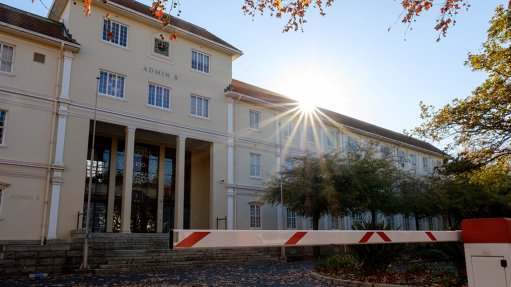 By: Marleny Arnoldi     22nd February 2021 JSE-listed real estate investment trust (Reit) Liberty Two Degrees (L2D) has declared a distribution of 32.33c apiece for the year ended December 31, 2020. This compares with the distribution of 60.43c apiece declared for the 2019 financial year.  → 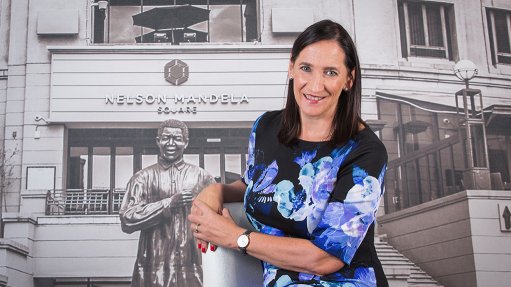 At the forefront of skills development