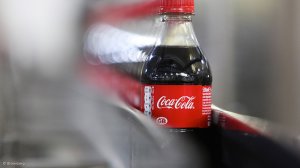 The Competition Tribunal has set aside a finding by the Competition Commission in October 2019 against Coca-Cola Beverages Africa (CCBA), effectively clearing the company of claims that it had breached merger conditions relating to retrenchments.

The matter relates to two mergers involving CCBA subsidiary Coca-Cola Beverages South Africa (CCBSA), which were approved with conditions in May 2016 and September 2017.

CCBA in March this year applied for the commission’s finding and decision to issue it with a ‘Notice of Apparent Breach’ in relation to the merger conditions to be reviewed and set aside.

This followed a complaint by the Food and Allied Workers’ Union to the commission in March 2019 that 368 employees were retrenched by CCBSA and that it was in breach of the merger conditions.

CCBA said the retrenchments were necessitated, at the time, as a result of the macroeconomic climate, the imposition of the sugar tax and the large raw material price increases, particularly the cost of sugar.

CCBA stated that the retrenchments were required to mitigate the losses attributable to the sugar tax, which between April 2018 and December 2018, cost the company R2.1-billion, as well as to ensure CCBSA’s continued profitability.

However, following an investigation, the commission concluded that the retrenchments were merger specific.

The tribunal has since found that CCBA has substantially complied with its obligations with respect to the merger conditions and has set aside the notice issued by the commission.