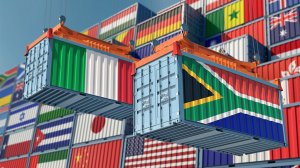 TRADE-OFF Since Italy and South Africa were both subjected to strict lockdowns, trade between the two countries is expected to be significantly lower this year

Despite the Covid-19 pandemic, a respectable $1.4-billion worth of goods has been exchanged between South Africa and Italy since January, according to Italian-South African Chamber of Trade and Industries (ItalchamSA) secretary general Pamina Bohrer.

She explains that the bulk of this trade comprised imports from Italy into South Africa – amounting to about $1.1-billion by the start of September. Speaking to Engineering News, Bohrer says the second quarter of the year was particularly slow in terms of imports into South Africa, during which only $350-million worth of trade was registered.

South Africa registered about $2.2-billion worth of Italian imports last year, with this year expected to ultimately close on a more modest note of between $1.6-billion and $1.8-billion.

“Nevertheless, Italy remained a major trading partner for South Africa, even during these tough times, ranking ninth globally for total value of imports during the second quarter.”

Bohrer adds that signs of recovery are starting to show in the trade volumes from July and August, with the latter having registered the highest level of imports this year so far – about $160-million, according to the South African Revenue Service.

“Trade was expected to be significantly lower this year, since Italy and South Africa were subjected to strict lockdowns – and now Italy [is under lockdown] again. Both countries turned their priorities towards health as opposed to wealth,” Bohrer comments, noting that consumers will likely continue to stay away from imported luxury goods as they tighten their belts, despite economies opening up somewhat.

She explains that Italian machinery – for household, office and factory use – continues to be the most in-demand Italian product-type in South Africa. A large consignment of imported Italian petroleum also arrived in South Africa in July.

Meanwhile, the goods exported from South Africa to Italy in high volumes include fruit, nuts, iron, steel and seafood.

“Italy’s strength certainly lies in machinery, both industrial and agricultural. South Africa’s well developed agriculture sector and industrial sector, along with Italy’s competitive advantage in the sector of machinery, is a fine match,” Bohrer says.

She adds that Italian consumer goods imported by South Africa remain under pressure, owing to the unfavourable exchange rate.

“The recent depreciation of the rand makes imported goods comparatively more expensive. Italian companies often compete with cheaper Chinese imports of lower quality,” Bohrer says, although she acknowledges that many customers are still prepared to invest in better quality for long-term benefits.

Further, Italian food, wine, fashion and eyewear continue to have a strong market share among imported consumer goods in their respective categories.

On a positive note, Bohrer says Covid-19 has reinvigorated the pre-existing scientific collaboration between Italy and South Africa, particularly with regard to the production of medical equipment, such as ventilators, in collaboration with the Council for Scientific and Industrial Research. ItalchamSA acted as an intermediary and facilitator for some of these projects.

Bohrer says one of the main objectives for the ItalchamSA going forward is to increase its membership base of Italian companies with South African operations, as well as that of second-generation Italian-South African businesses.

In addition, the ItalchamSA has a sharp focus on offering more in-depth services in specific sectors of interest to Italian participants in the South African market.

“This is offered in the form of a temporary export manager service, which offers new market entrants all the advantages of local expertise without having to hire a full-time resource,” Bohrer explains.

“Specifically, foreign companies find it difficult to achieve good broad-based black economic empowerment compliance scores in terms of the ownership element, whereas they often over perform in terms of skills development.”

She adds that it would, therefore, be welcomed if South African legislation could be amended to better acknowledge the far-reaching positive effects of skills development contributions.

Bohrer says local-content regulations pose an additional challenge for Italian companies operating in South Africa. In some sectors, local-content policies can have positive consequences, while the lack of a strong and competitive industrial base in others limits options for localisation.

The proposed amendments to the Employment Equity Bill will also make it more difficult to conduct business in the country.

However, Bohrer believes there is hope in the development of local small to medium-sized enterprises.