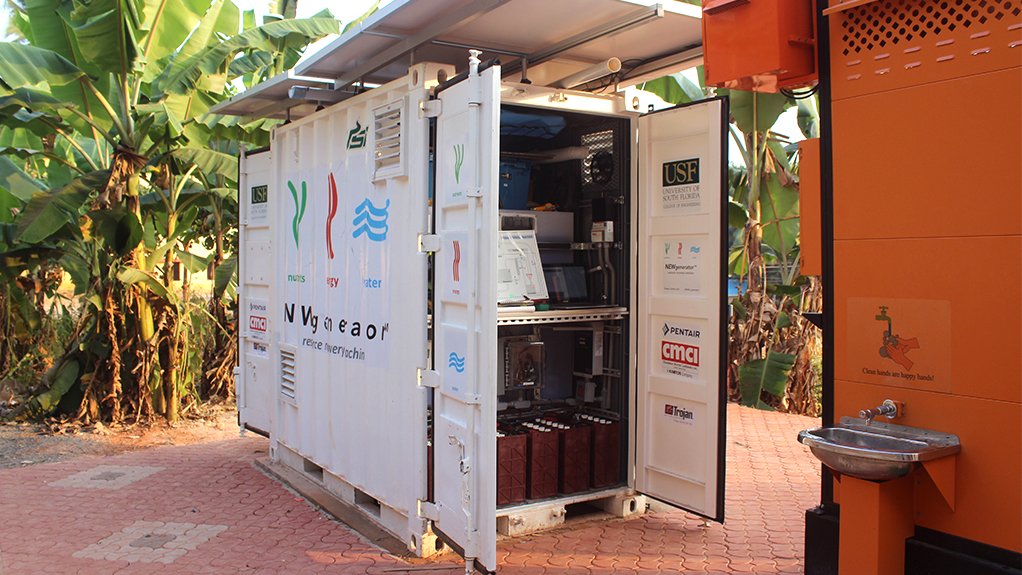 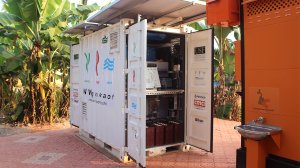 Industry development funding and incentives by government for local manufacturers at the forefront of next-generation sanitation products, such as NEWgenerator sanitation system manufacturer WEC Projects, will help achieve the scale needed to alleviate pressure on South Africa’s failing sewage system.

“The sanitation challenges are not unique to our country, with other developing economies facing similar circumstances. The effects of climate change, such as droughts and rising sea levels, also threaten the sanitation systems of developed countries. “Developing a local next-generation sanitation technology industry will give South Africa a comparative advantage to export these products, create jobs and contribute to local gross domestic product,” he emphasises.

Local water and wastewater treatment engineering, procurement and construction contractor WEC Projects was awarded the licence for the US-developed NEWgenerator sanitation system on August 25, 2020 and received its first commercial order this year.

“The system, based on the NEWgenerator100 model, which can handle waste from up to 100 users, will be installed at the Khanyisani Primary School in Lubunde, near Bizana, in the Eastern Cape. Located in a rural area, the school lacks consistent water supply,” says WEC Projects process engineering manager Tim Fisher.

The project, funded through SASTEP, will involve incorporating the NEWgenerator unit into the school’s existing toilet block and installing the infrastructure for reticulating the biogas produced.

Built into a container, the compact, portable and modular sewage-treatment solution takes two to three months to manufacture at WEC Projects’ factory in Fourways, Gauteng, and comprises local content in excess of 85%.

WEC Projects can manufacture up to 20 units a year, with the expansion of this production capacity dependent on the number of orders received.

Designed by a team of engineers at the University of South Florida, in the US, and built under licence in South Africa, the NEWgenerator sanitation system provides effective sewage treatment where infrastructure is lacking, making it ideal for communities which rely on pit or portable toilets.

The system incorporates an anaerobic digestor using appropriate microorganisms to treat the sewage and produce biogas. While up to 99% of the water used by the system can be recycled for reuse, ensuring a consistent water supply, the nutrient-rich treated waste is an ideal crop fertiliser for local small-scale and informal farmers, states WEC Projects.

“In addition, the biogas produced by the sewage treatment process can potentially be used for cooking and heating purposes, resulting in a reduction in power consumption,” notes Fisher.

WEC Projects is using the Khanyisani Primary School contract to optimise the design of the NEWgenerator unit for local conditions.

“Installation of the unit is expected to be completed by the end of this month and WEC Projects will provide an additional 18 months of technical support, which will enable us to monitor and maintain the system as necessary,” adds Fisher, who is certain that demand for the unit will increase.

It is just a matter of sharing information and creating awareness of the new technology to the various stakeholders, he says.

“We have had a few enquiries on the system from different industries, which look promising.”