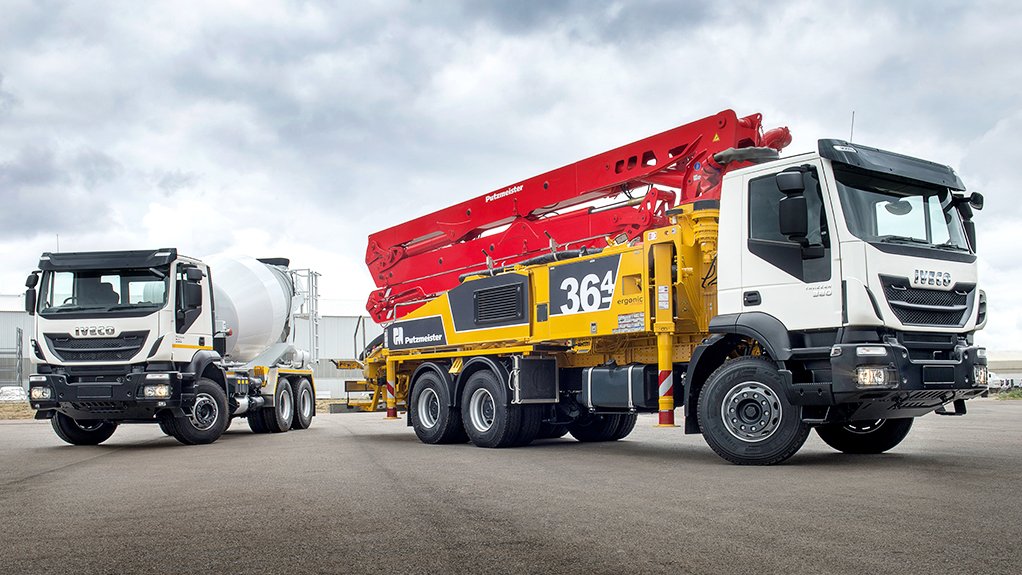 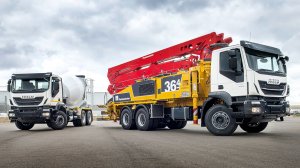 Putzmeister sub-Saharan Africa head Rudy Myburgh attributes this partly to the Putzmeister range of machines that are fully integrated, consequently enabling fewer workers to do more on site in less time.

“The fact that we could help promote social distancing by selling our concrete placing units, plastering and floorscreed machines enabled our clients to maintain their contract or projects timelines with fewer workers on site,” he says.

He adds that the South African market has finally realised the benefit of wet process ready-mix batching plants and their various transportation and concrete pumping options.

Putzmeister’s range of wet process batching plants were responsible for a good portion of the increase in sales, as the traditional dry batching process units are no longer viable in the sub-Saharan region.

Myburgh adds that the company’s range of machines and plants include batching plants, truck mixers, underground mining and tunnelling shotcrete machinery and industrial pumps, as well as mortar and other finishing pumps.

“The Putzmeister range commands the respect of customers and the industry, owing to its durability and quality, as well as pioneering technology and innovation in the concrete placing industry,” he points out.

“Depending on the local electricity mix, carbon emissions can be reduced by up to 100%,” enthuses Myburgh.

Additionally, the iONTRON hybrid drive pumps make use of electric motors to drive the hydraulics of the concrete pump while pumping on site.

The use of electric motors allows for the process to take place at half the sound level of a normal truck-powered unit, however, access to a reliable power source on site is a requirement.

The iONTRON hybrid drive also offers a single switch option for the choice to use either diesel power of the truck or electricity from the site.

The powerful electric motor of the iONTRON hybrid drive covers typical site use applications and output is not affected with a concrete pumping delivery rate of up to 100 m3/h in electric operation mode.

Myburgh says Putzmeister’s most formidable mining backfill and tailings pump is the HSP 25100 pump, which the company has dispatched to the Bulyanhulu gold mine, in the Shinyanga region of Tanzania.

The environment-friendly HSP 25100 uses less water and electricity to pump the mine tailings to the settling dams, which are more than 3.5 km away from the mine.

He adds that these strengths showcase why Putzmeister’s product line is suited to construction projects as diverse as wind and solar farms in the Northern Cape and Western Cape, and high-rise building projects in Cape Town.

Other projects include the recently completed Leonardo building in Sandton, Gauteng, which is the highest building in Africa, as well as in the mining sector for mine tailings, backfill and even the shotcreting of underground tunnels.

Putzmeister, founded in Germany in 1958 is currently a €770-million global organisation.

“In general, shipping from Germany would take from four to six weeks; however, owing to the Covid-19 pandemic, these lead times have increased slightly,” he adds.

Myburgh concludes that these lead times are considerably shorter than those of other suppliers, owing to numerous factories owned by Putzmeister in not only Germany but also Turkey, the US, India, Spain and Brazil, enabling Putzmeister Concrete Pumps to ship directly to South Africa or other locations in Africa.