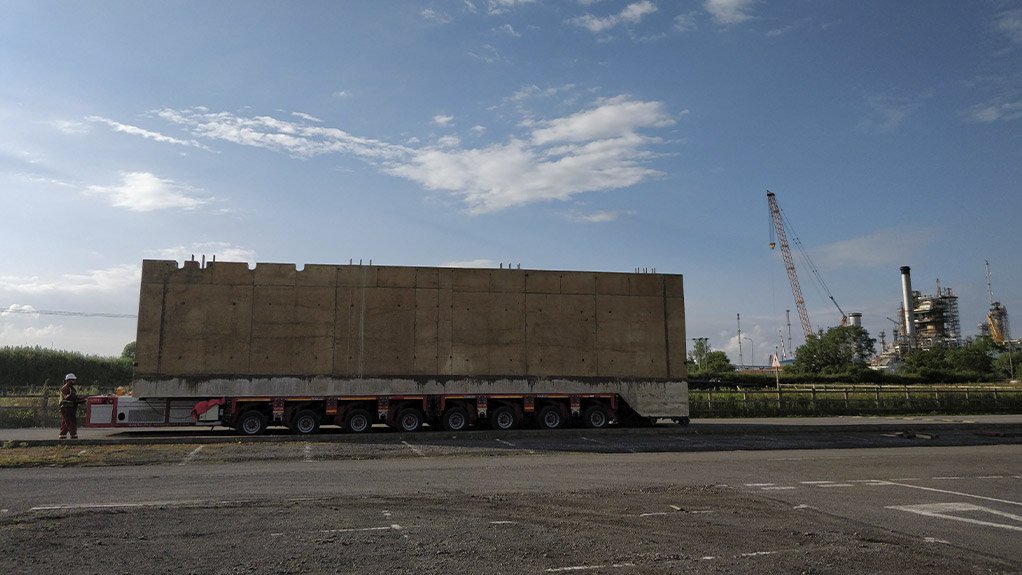 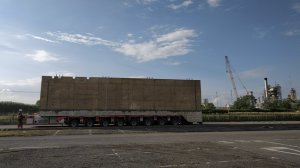 UK-based Lindsey Oil Refinery produces ten-million tons of crude oil a year and is one of the biggest oil refineries in the UK.

In 2018, the facility celebrated its fiftieth year of production and it has continued to look to the future. Over the last two decades, the refinery has been improving its capability to produce ultralow-sulphur fuels so that it can become a cleaner and more efficient operation.

An installation was planned as part of wider maintenance and upgrades during a plant turnaround. Such turnarounds require large investment and are planned in detail, so it was vital that the project was kept on track.

Heavy transport and lifting company ALE was tasked with lifting and transporting the new sulphur storage facility, which consisted of a concrete pit, weighing 304 t, and its lid, weighing 90 t. The new pit had been cast into the ground and had to be lifted with a large degree of precision. At 17 m long and 4.1 m wide, the pit’s size would also make it challenging to transport.

To lift the sulphur pit, ALE mobilised their Lift ‘N’ Lock gantry lifting system. The system’s jacking points can all operate in unison to maintain optimum control and safety.

The Lift ‘N’ Lock system was rigged with a bespoke rigging arrangement to lift the sulphur pit, then ALE manoeuvred specialist 3-file SPT axles beneath it. The pit was transported almost 3.2 km to its final location along public and site roads.

The lifting and lowering process was then repeated for the pit’s lid. The different dimensions meant ALE had to design a second bespoke rigging arrangement. Owing to its smaller size, ALE was able to transport the lid on a much shorter and more direct route.

With the concrete sulphur pit ready for installation, the refinery’s schedule was kept on track, ensuring it could continue to supply the market throughout the turnaround.

The new pit will enable Lindsey Oil Refinery to store more extracted sulphur at the refinery before it is removed to be used in a variety of industrial applications.