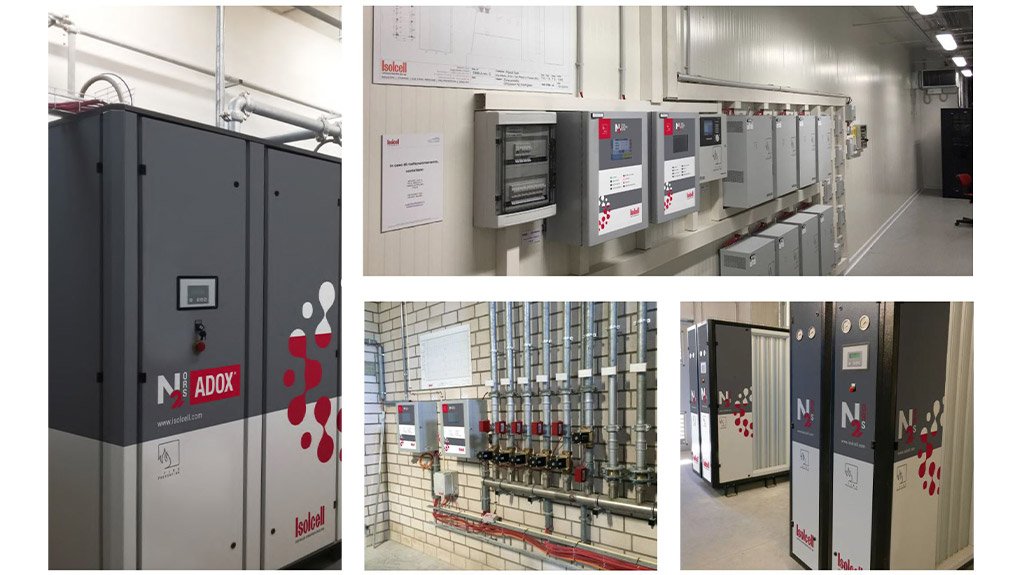 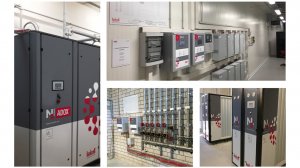 FIRE SUPPRESSION ACCEPTANCE The challenge lies in presenting this solution, which cannot be seen, compared to solutions which can be physically seen such as foam or sprinkler systems

While on-site industrial gas generation solutions provider Gas At Site has traditionally focused on the post-harvest sector using technology – referred to as controlled atmosphere – that controls the concentration of atmospheric gases to store fruit at low oxygen levels, this technology can also be scaled and used for fire prevention applications, says Gas At Site project engineer Josh Kreft.

Traditional fire-prevention solutions use sprinklers, foam and other similar technologies to fight fires that have already started, but controlled atmosphere technology reduces the oxygen concentration to a level that prevents a fire from starting in the first place, he explains.

While this oxygen reduction system (ORS) approach for fire prevention in buildings has been increasing in popularity in Europe over the past ten years, the awareness and acceptance of such technology in South Africa is still fairly new.

“There are no SANS codes for the system, you need to use read-across from European regulations and ISO codes will be issued only later this year. But the technology is well proven and the ORS that Gas At Site offers is being used successfully in more than 50 buildings across Europe, with more projects expected to come on line,” Kreft claims.

Gas At Site MD Andrew Brink explains that normal air consists of 21% oxygen and 78% nitrogen, with the minor gases making up the balance. The ORS can safely reduce the oxygen level in a building to 15%.

“This is ideal for facilities that store valuable equipment or products, which would be damaged if water or foam were sprayed by sprinklers in traditional fire-suppression systems.”

Meanwhile, Brink says fire prevention, as opposed to fire suppression, has to be accepted by local fire chiefs. Kreft reiterates that the challenge lies in presenting this technology to fire authorities as a tangible solution – compared with solutions that are clearly visible, such as foam or sprinkler systems – which is difficult to illustrate, owing to the unseen nature of gases.

Cold storage structures pose additional fire hazards, owing to the insulation used in the wall panels and the ability of cold storage facilities to freeze liquids if generic fire-suppression reticulation systems are used. These challenges are easily overcome by using hypoxic fire prevention technology such as the ORS, and also allows for previously uninsurable buildings to be insured.

“This enables us to control the atmosphere of buildings outside our primary ‘natural’ sector, which is food storage. It’s the same technology scaled up in terms of sophisticated control. We’re talking about human safety rather than apples and pears,” Brink comments.

The station can also accurately measure and scrub ethylene, as well as measure the respiration rate, respiration quotient, as well as the rate of ethylene production of fruit in storage. The facility was funded by apple and pear growers association Hortgro-Science Pome and Stellenbosch University, with donations from both Gas At Site and Italian controlled atmosphere solutions provider Isolcell.

The university placed a tender for three different companies to supply equipment, which allows for research to be done at low oxygen conditions.

“The result is that the facility arguably is now one of the most sophisticated post-harvest low oxygen research centres globally. We partnered with Isolcell to deliver one of the three post-harvest storage systems. The Gas At Site solution is recognised as a gold standard for storing fruit at low oxygen,” Brink enthuses.

Kreft also emphasises the importance of this kind of technology and research being done for local fruit, as it is important for this research to be relevant to the region in which the fruit is grown.

This low oxygen storage also obviates the need for the use of chemicals in fruit storage and is ideal for organic apples and pears.

“Upscaling the industrial gas generation technology as offered by Gas At Site allows many larger industrial clients in sectors such as gold mining and heavy industry to generate their own oxygen or high-purity nitrogen on site. “This provides both significant cost savings as well as much valued-added security of supply,” Kreft concludes.