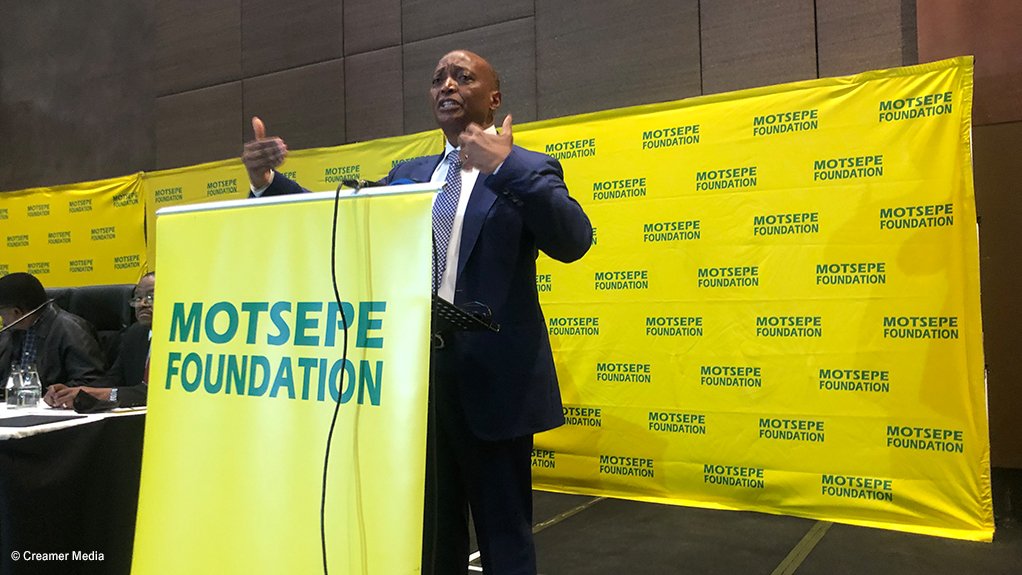 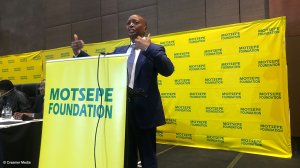 Owing to legal and tax requirements and because of the commercial nature of the two projects, the Motsepe Foundation has facilitated about R70-million in funding for the projects through a company established by the Motsepe family called the Motsepe Company.

“It is imperative that traditional communities, poor rural and urban communities, black farmers and other historically disadvantaged communities participate in and benefit from the agricultural and farming industry in South Africa. We have a lot of urgent work and measures to implement to make this happen,” Motsepe Foundation founder Dr Patrice Motsepe said at the launch in Sandton on June 15.

He said it was important that commercial banks and other financing institutions stepped in to provide commercial loans to these traditional and historically disadvantaged communities and farmers.

“The banks have a duty to provide funding that makes commercial sense. However, because some of the farming and agricultural ventures are classified as high risk, the interest rates are very, very high. It makes it very difficult to back the loans and also to retain some of the profits,” Motsepe said.

The project involves three sugarcane joint ventures covering 10 456 ha, which were established for the benefit of the Hhoyi, Siboshwa and Matsamo traditional communities. The project is being carried out in partnership with consumer foods producer RCL Foods.

RCL Foods and the Motsepe Company are each providing soft loans of R36-million at 3% interest. RCL has a long history with this project and the communities. In addition to its shareholder loans, RCL has taken over high-cost loans from commercial banks and the Land Bank.

About 200 permanent and 1 000 seasonal jobs are being saved as a result of the funding provided by the Motsepe Company and RCL.

The soft loans by the Motsepe Company and RCL will rescue a land reform project that was funded by the South African government and handed over to the Hhoyi, Siboshwa and Matsamo traditional communities.

This land reform project failed, however, because the traditional communities did not have the capital, financial and technical resources, nor the requisite skills and expertise for the sustainability and long-term success of the project.

LIMPOPO
The agricultural project in Limpopo is a citrus farming project – the Majeje project – which is being established for the benefit of the Majeje traditional community led by Hosi Ntsanwisi. The project is being carried out in partnership with fruit producer Komati Fruit Group and financial institution Absa.

The Mostepe Company will be providing a R30-million long-term soft loan to help fund the project, which will see citrus fruits planted on 457 ha of irrigated land. The expectation is that the project will create about 50 new permanent jobs and 300 seasonal jobs.

The Majeje citrus project will use community land adjacent to the existing successful Komati citrus farms. The land is underdeveloped because of the lack of capital, financial and technical resources and the appropriate skills and expertise.

The R30-million long-term soft loan that is being provided by the Motsepe Company has facilitated the unlocking of about R90-million of funding to the Majeje citrus project from Absa.

Motsepe said the establishment of mutually beneficial partnerships between traditional and other historically disadvantaged communities, black farmers and established farmers would continue to be crucial for the long-term sustainability and growth of traditional historically disadvantaged communities, black farmers and the South African agricultural and farming industry in general.

“There are several hundred thousand people who live in the traditional communities in Limpopo and Mpumalanga that we are funding. We are making a humble contribution to their involvement in the agriculture and farming industry, saving about 200 permanent jobs, 1 000 seasonal jobs and creating 50 permanent jobs and 300 seasonal jobs,” Motsepe said.

More than R700-million of funding has already been spent in years past by the Motsepe Foundation and companies associated with the Motsepe family to contribute to the development and growth of agriculture and farming projects in traditional communities and poor rural and urban communities in KwaZulu-Natal, Eastern Cape, Limpopo, Mpumalanga, North West, Free State and Northern Cape.

This funding has been used to buy tractors, farming equipment and implements, irrigation systems, and to carry out the drilling and equipping of about 500 boreholes and the provision of water tanks and water storage facilities. The funding has also been used for the provision of fertilisers, seeds and other agricultural farming inputs.

“We need creative, innovative funding practices that take into account the obligations that the banking and finance institutions have to fund those ventures that are viable and to maintain a globally competitive status. Otherwise we will not succeed in the short and the medium term,” Motsepe concluded.