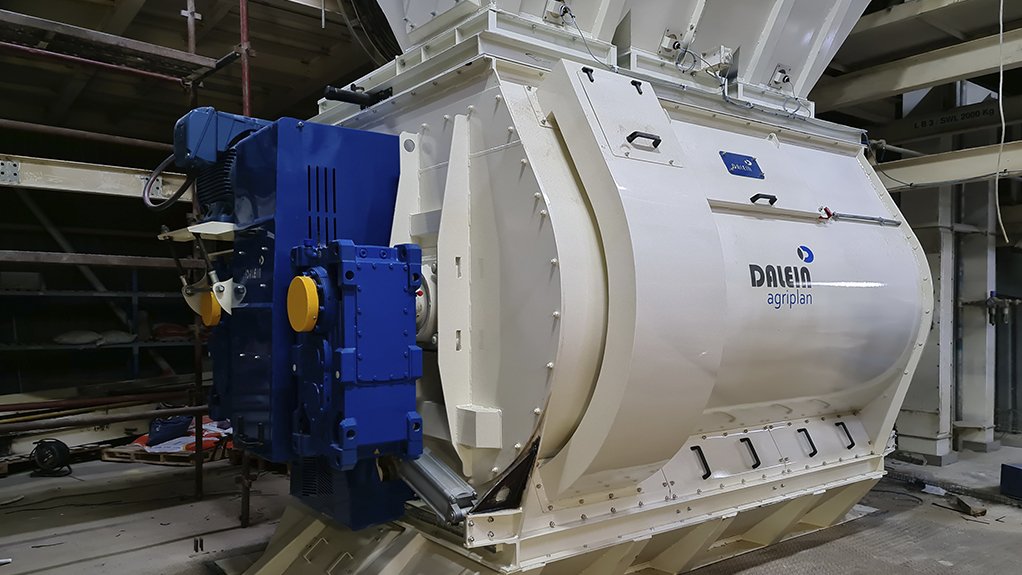 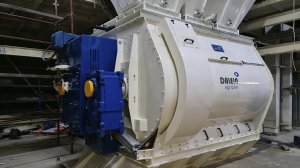 Owing to a good client relationship and trust in Dalein Agriplan, De Heus commissioned the company with the development of a larger 6 000 𝓵 mixer – to accommodate a 3 t batch on a low-density product. Dalein Agriplan then developed the prototype MPT6000H, “heavy duty” Twin-Shaft paddle mixer, which has since been installed and is running successfully on the site.

With the new design, a new drive system had to be developed as well. “Dalein Agriplan worked closely with SEW Eurodrive to design a mixer that can produce the desired level of torque while running at optimum rotor speed for the effective product blending that was required by the client,” says Dalein Agriplan MD Lohan Heyl.

Heyl notes that the need for a decreased cycle time and a larger mixing homogeneity was met using the twin shaft paddle mixer. A 3 t batch of product can be mixed in 90 seconds, which would ordinarily take about three minutes to complete with a single shaft mixer.

He explains that the XT gearbox is a coaxial bevel-helical industrial gearbox, making it a unique gearing system that allows it to have a twin-shaft mixer instead of a single-shaft mixer.

“The greatest challenge that SEW faced during the stricter levels of lockdown was ensuring sufficient stockpiling, as its XT gearboxes are assembled in Germany. Fortunately, shipments arrived timeously and there were no delays in the delivery of components. Despite Covid-19 and its consequent challenges, this did not affect the company’s operations,” Steyn remarks.

“With agriculture being an essential service and SEW Eurodrive a supplier of essential services, we could support Dalein Agriplan and De Heus even throughout the higher levels of lockdown,” notes Steyn.