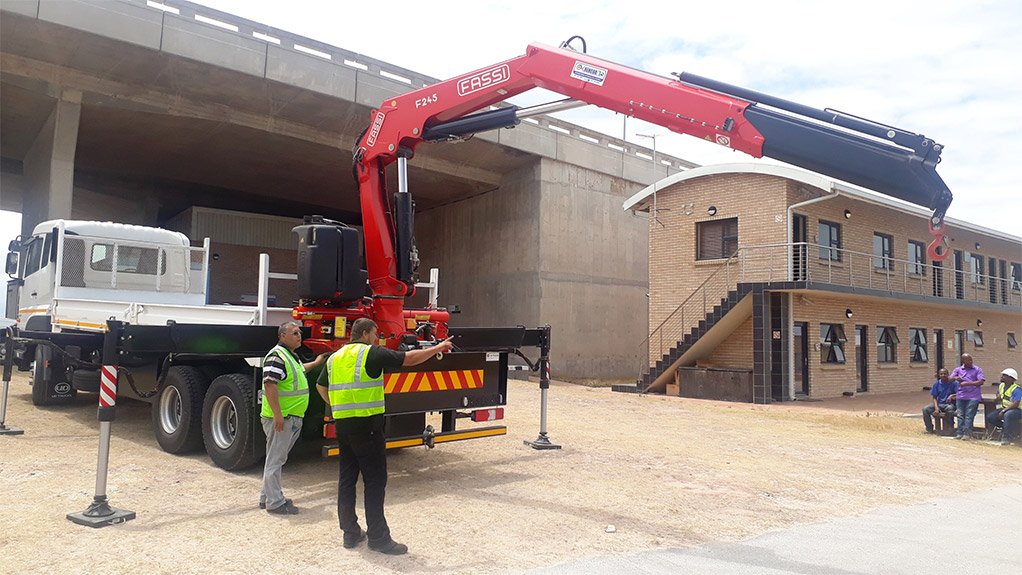 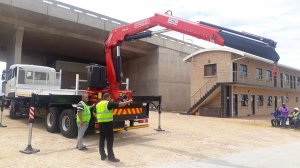 South Africa’s newest deep-water port, the Port of Ngqura, has received its first piece of maintenance equipment since becoming operational in 2009.

The vehicle, a crane truck – estimated to be valued at R1.8-million – was specifically modified to meet the ports requirements, and will be used mainly by the electrical, civil and sand bypass department at the port.

The continuous maintenance of the port’s infrastructure has deemed it necessary to commission the specially converted truck, which has a lifting capacity of 10 t at a radius of 4 m. It is also able to load and carry a 6 m container should the need arise, and will also be used to transport equipment and maintenance materials in and around the port, as well as pick up materials from suppliers in Port Elizabeth.

Key areas where maintenance is needed the most are the automated mooring system, the sand bypass, quay walls and tyre and element fenders on the quay wall.

In the past, cranes were hired for this purpose, which incurred high costs for the port and made it dependent on a suitable crane being available at that point in time. With the crane truck now on site, maintenance can be done quicker and more cost effectively.

The modification process was undertaken by truck dealership Billson Trucking Port Elizabeth, and was completed over a four-month period. The truck itself was supplied by truck manufacturer UD Trucks, the crane was supplied by loader crane manufacturer Fassi, and the crane was installed on the truck by hydraulic engineering company Rencor Engineering & Hydraulics in Port Elizabeth.

As part of the deliverables on the contract, Billson Trucking also facilitated the training of four Port of Ngqura employees on how to drive and operate the truck correctly.

The truck has been adapted to have a winch and cable attached to the end of the crane’s boom so that tyre fenders that fall into the water can be fished out. The total depth of the seabed from the top of the quay wall could be up to 23 m at the deepest point, says Port of Ngqura deputy port engineer Tauqeer Ahmed.

“The crane truck will be able to fish out any tyre fenders from this depth. It is basically a giant fishing rod,” he quips.