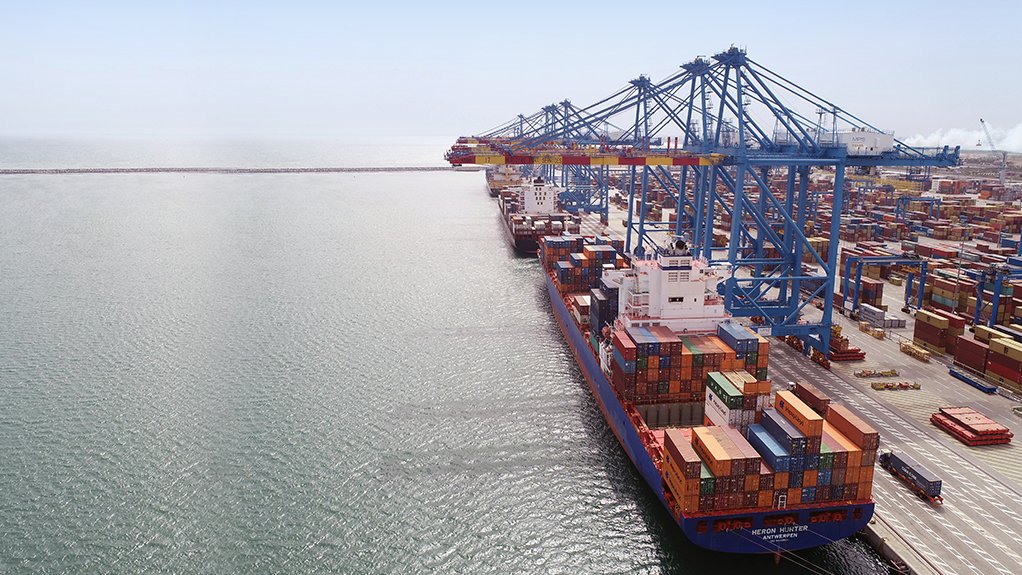 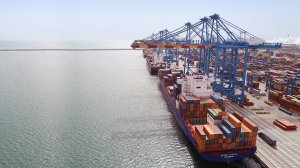 Owing to South African harbours having faced challenges in attracting financial investment on a public–private partnership basis, they have not been able to enhance operating performance and capabilities through upgrading and modernising the ageing existing infrastructure, says sustainable solutions and infrastructure consulting firm AECOM Africa MD Darrin Green.

In response to this challenge, President Cyril Ramaphosa, along with Minister of Public Enterprises Pravin Gordhan and Minister of Transport Fikile Mbalula, announced the establishment of the National Ports Authority as an independent, wholly owned subsidiary of State-owned freight utility Transnet at a press conference in June last year.

Green explains that the intention of the measures is to reform the transport sector and allow for the modernisation of South Africa’s ports by reinvesting port revenue in port infrastructure.

This can promote greater private-sector participation in terminal operations, he adds.

Government’s broader strategy is to enhance the performance of the existing ports and secure investment for the possible expansion and upgrading of port infrastructure.

“The transaction value estimated from DP World was reported at about R12.7-billion, which is a significant investment.”

The investment and expertise through this acquisition could be a defining differentiator to bring South African ports up to the level they should be operating at, with world-class operations and globally connected logistics networks, he elaborates.

Consequently, the cities where the harbours are located can also develop, adds Green.

The recently completed Tema port facility, in Ghana, serves as an example of the economic benefits a well-developed port facility can add to the surrounding businesses and the country.

The Tema port is located about 30 km from Ghana’s capital city, Accra, and accounts for 70% of Ghana’s major container and port-handling traffic. The new project is adjacent to the old port and has been designed to provide enough draft and modern container-handling equipment to accept and service the largest container vessels operating on global trade routes.

It can accommodate vessels with a capacity of 22 000 twenty-foot equivalent units (TEUs), a marked increase from the 5 000 TEUs that the old port could handle, and will significantly increase Ghana’s container-handling capacity to about 3.7-million TEUs a year, from the current 800 000 TEUs.

This increase in capacity has a knock-on and multiplier effect on economic activity and, as such, “will contribute massively to Ghana”, explains AECOM Middle East Ports and Marine lead Craig Thackray.

The impact of the facility was noted when the first two berths went operational in June 2019 and “a week later, the first ship berthed and within days, berths were at full capacity and the terminal lined with TEU containers”.

The new road networks adjacent performed well in moving the goods for distribution and “a positivity and new energy” were visible at the port, he adds.

The port implementation also resulted in the improvement of the Tema stormwater system.

Previously, discharge from the City of Tema flowed directly onto the beach and into the sea, resulting in the sea being polluted with industrial discharge, hydrocarbons and significant amounts of plastic waste.

However, the project diverted the existing stormwater outfalls from the city around the port and through a macro-element, hydrocarbon separator structure to improve the quality of effluent and capture plastics and waste.

“Having been exposed to international construction standards, health, safety and environmental systems, this project will certainly leave a legacy. The staff returning to the Ghanaian labour market have gained skills and training to further develop themselves and contribute to the growth of the economy,” says Green.

Any infrastructure development on this scale is bound to have an impact on its surrounding environment, and AECOM ensured that it was at the forefront of mitigating, offsetting and ensuring environmental compliance to the highest standards.

“For example, there was a turtle hatchery within the project site that required careful handling. Environmental management plans and procedures, and regular engagement with the local community, ensured minimal impacts to the surrounding area,” Thackray elaborates.