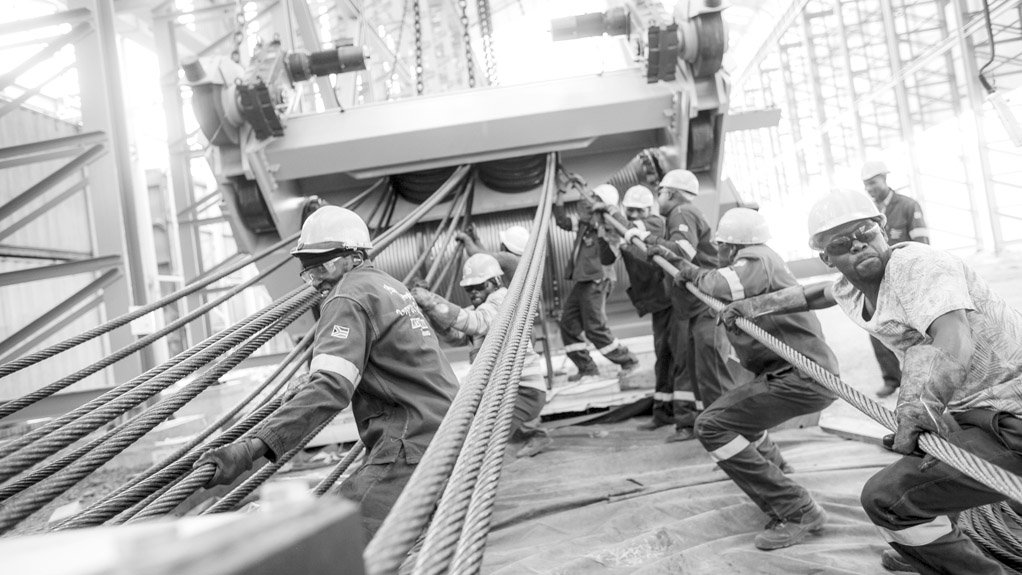 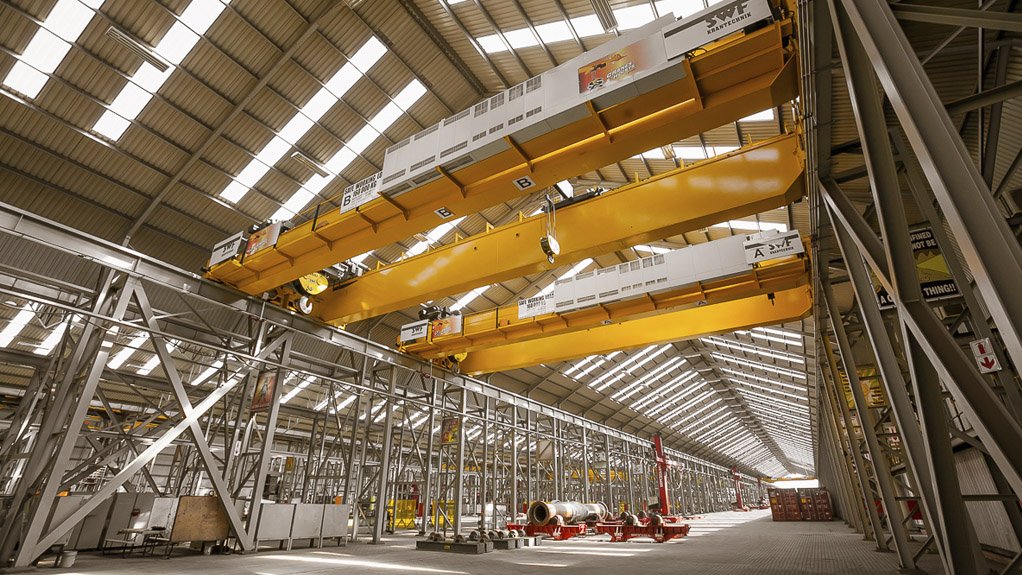 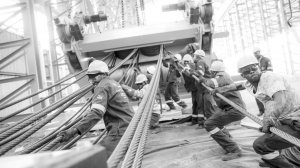 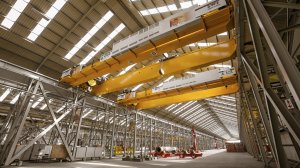 The bays are each 520 m in length, with total fabrication space of more than 75 000 m² under roof and another 50 000 m2 of outdoor fabrication platforms.

Fabrication and refurbishment projects are executed from the engineering to the transportation stages, with most of these stages being completed in-house by Hydra Arc’s Sky Hill fabrication facility.

Bay One at Sky Hill consists of 12 600 m2 of undercover working areas, with 9.1 m under the hook head space for the two 45 t and two 80 t overhead cranes, each with an accelerating hoist of 10 t.

Ongoing refurbishment projects at Bay One consist of ash locks and heat exchangers – which started in March 2010 – for petrochemicals leader Sasol.

Bay Two is used for refurbishment, maintenance and new fabrication projects for smaller-scale or exotic materials, with an undercover working area of 12 600 m2.

Machinery used in this bay includes three overhead cranes, each with a lifting restriction of 20 t, and one 10 t crane.

Projects taking place inside this bay include a piping fabrication project contract – which started in January and is expected to reach completion in June – for diversified construction, infrastructure concessions and related services group Group Five.

Fin-fan refurbishment for Sasol, which started in March 2010 and is still ongoing, also takes place within this bay.

Bay Four is the latest addition to Sky Hill’s fabrication facility – the bay was added in December 2014. This bay is exclusively reserved for mega-scale projects.

The bay accommodates the largest of pressurised equipment and structural construction projects, such as heavy-walled, large-diameter pressure vessels and modularised plant fabrications. Machinery used in this bay include three 500 t cranes – which can work in tandem to lift 1 500 t, unprecedented globally – and two 80 t cranes.

Sky Hill’s fabrication facility is also working on a water tank fabrication project – which started in May 2013 – for the Mpumalanga government. These projects are ongoing, with the aim of providing rural areas with water infrastructure.

The Sky Hill facility is a green building design, with the primary workshops using only natural light during day-time production.

“This capacity of the facility, coupled with our access to the very best artisan skills in the country, will enable us to effectively compete globally and retain work, as well as attract work from overseas,” concludes Hydra-Arc Group chairperson Jose Maciel, noting that this will make a significant contribution to local economic growth and job creation.