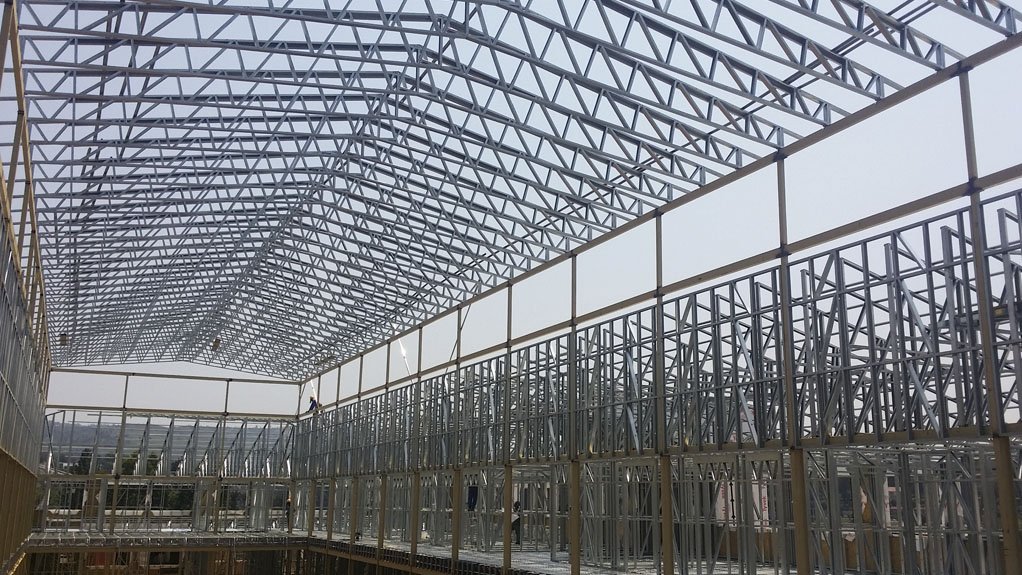 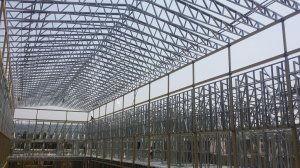 Although the Covid-19 national lockdown proved “disastrous” for the light steel frame building (LSFB) sector – as it was for the rest of the construction sector – Southern African Light Steel Frame Building Association (Sasfa) director John Barnard believes that there are opportunities for the sector.

“The speed with which light steel frame structures can be erected makes it eminently suitable for emergency structures required for housing or hospital services.”

The low mass of LSFB eases logistical and handling constraints, leading to relatively uncluttered building sites. This, in turn, can make it possible to start using the facilities while the building process continues.

Barnard tells Engineering News that a manufacturer in the Western Cape has been supplying light steel frames for emergency housing – erected at a rate of 14 housing units a day – for more than a year.

“Even though these units are described as emergency housing, they can be made compliant with the SANS 10400 national building regulations up front, at a later stage or when additional funding becomes available.”

He says it is possible to initially clad only external walls and erect the roofs for the sake of expediency, which will provide protection against the elements. Insulation of the external walls and the internal lining and ceilings can follow at a later stage, when convenient for the occupants, to make the structures permanent, and fully compliant with SANS 10400.

Currently, the 36 local manufacturers of light steel frame systems can produce 44 000 t/y of light steel framing on a single-shift basis. This translates into 2.75-million square metres of floor area or 68 000 units of 40 m2 each. This could be doubled when operating on double shifts, provided raw material supplies are not a constraint, Barnard notes.

Steel, fibre cement board and gypsum board are critical materials for the LSFB sector.

“The wall frames and roof structures for a unit can be erected within a few hours by a small team of artisans on previously cast concrete slabs, providing a structurally sound basis to fix cladding and roofing,” he says.

Light steel roof trusses are widely being used for roofing in the residential, commercial and industrial sectors. The trusses can be delivered assembled, or bundled for assembly on site. The low mass of the trusses eases transport, handling and construction.

However, with the LSFB industry having sufficient capacity to take on more rapid building projects, Barnard is disappointed that some emergency housing projects have gone ahead apparently without any consideration given to using LSFB solutions.

He refers to emergency housing being erected using timber panels, which not only lacks insulation but is also strictly temporary and cannot be ratified later as permanent structures.

“A strong wind or a fire could destroy the whole project, which would not only endanger lives but would also be a waste of funds that could have been spent on housing that has longevity,” Barnard explains.

Meanwhile, Barnard stresses that, in light of the difficult economic circumstances, light-steel-frame building companies should register with Sasfa to ensure that they are integrated into the correct networks to ensure their survival.

He believes that the economy will take at least five years to recover from the “trauma of Covid-19” and the myriad other factors that plagued it prior to the pandemic.

“During that time, the building industry won’t boom. However, additions and alterations to pre-existing properties will increase in number as property owners seek to modify what they have, instead of building from scratch”.

He concludes that LSFB is particularly well suited to this kind of work, be it for horizontal or vertical extensions.