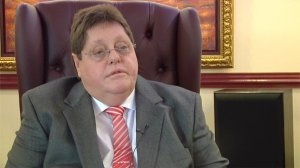 He adds that the growth of the South African renewable-energy sector and the calibre of companies servicing this sector, is one of the reasons for the establishment of a South African office.

“The renewable power generation sector is growing, not just in South Africa, but in the rest of Africa. It makes sense to try to capitalise on this market,” Nell says.

He notes that this established client base includes the likes of power generation product suppliers such as Siemens, Hitachi and Nordex, which used to buy from the main German branch, and then made use of either sea- or air freight to deliver the products to South Africa.

“It will be good to have a base in Africa, as this will improve turnaround times for Africa-based clients. It will ultimately be more convenient for both parties, as logistics will be easier to manage on our side, while clients will benefit in terms of timeliness, as well as the fact that we’ll be able to send technical staff to site.”

The other reason for ITH expanding its geographical footprint to South Africa is that it fits with the company’s expansion strategy, which looks to capitalise on growth in emerging markets, having already established bases in the developed markets of Europe, the US, Japan and Australia from where it can supply neighbouring emerging economies. He comments that, aside from the use of ITH products in the power generation industry, the products are also used on various industrial gear units, cranes, compressors and pumps, as well as other construction machinery. Further, the products can be used for plant construction purposes.

Nell adds that the ITH South Africa office is strategically located, as it is merely an hour from OR Tambo International Airport and is relatively close to Lanseria Airport. Further, it is centrally located, close enough to highways that service the mines in the Northern Cape, North West, Gauteng, Free State and Mpumalanga.

ITH started construction on the Vereeniging premises in October last year. Nell explains that ITH had to completely refurbish the office and warehouse space, which had been left abandoned for about three years. This included breaking down walls, constructing new walls, repairing and then tiling the floors, replacing the ceilings, as well as painting, paving and landscaping. Nell notes that “we have achieved a lot in the last eight months”.