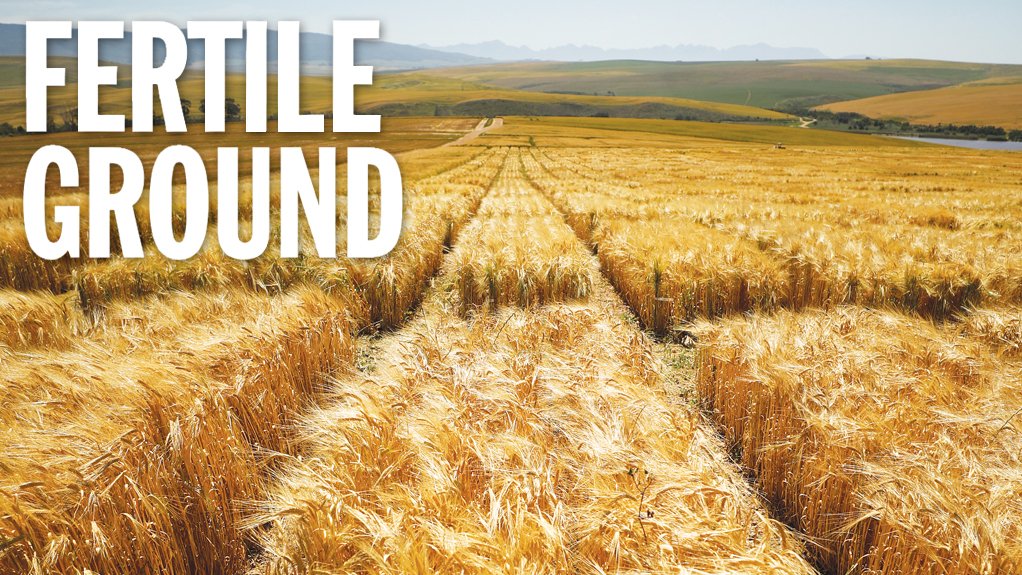 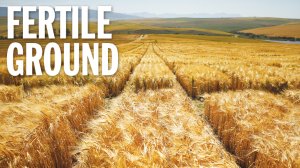 Over the past two years the agriculture sector has been one of the very few stars in the firmament of the South African economy. In 2020 and 2021, agriculture was one of only four sectors of the economy to register growth, the Bureau for Food and Agricultural Policy (BFAP) has pointed out. Last year the agriculture sector grew at a rate of 8.3%, second only to the mining sector, which achieved growth of 11.8%. The economy as a whole grew by 4.9% (these were seasonally adjusted figures). During 2020, agriculture had grown by 13.4%.

Indeed, in the fourth quarter of last year, the agriculture sector grew by 12.2% in quarter-on-quarter terms. In sharp contrast, the economy as a whole grew by just 1.2%. Although the third quarter had seen a contraction in the agriculture sector, this had largely been the results of the timing of the field harvest and not something substantial. “The GDP result for the fourth quarter of 2021, which were announced by Stat[istic]s S[outh]A[frica] on Tuesday, 8 March 2022, clearly demonstrate the immense contribution that the agricultural sector makes to the South African economy, as well as its potential to provide even greater opportunities for job creation and earning of foreign exchange through agricultural exports,” highlighted commercial agricultural representative organisation AgriSA.

But agriculture is not a monolithic undertaking. The BFAP subdivides the sector into three: field crops, animal products, and horticulture. Field crops encompass barley, maize, wheat, canola, and so on. Animal products are pretty much self-explanatory: various red meat and poultry products. Horticulture includes all forms of fruit (citrus, deciduous, pome and subtropical), berries and wine.

To calculate the economic performance of each of these subsectors, the BFAP uses their gross value of production (GPV). GPV is calculated by the Department of Agriculture, Land Reform and Rural Development, and not by StatsSA. GPV is calculated by multiplying the price of an agricultural product by the quantity of that product produced. Further, to avoid the need to make seasonal adjustments to the figures (for example, as noted above, the timing of the harvest last year created an apparent contraction in the agriculture sector during the third quarter), the BFAP makes its comparisons on a year-on-year basis: the fourth quarter of 2021, compared with the fourth quarter of 2020.

So, how did the different subsectors do, during the last quarter of last year? The subsector which did by far the best was horticulture, the GPV of which grew by 11% year-on-year and which was the main driver of agriculture sector growth during 2021’s fourth quarter. Animal products GPV increased by 6% and field crops by 2%.

To start with the subsector that grew most slowly, field crops, during the fourth quarter of each year, revenues in this category are dominated by winter crops, particularly wheat, canola and barley. For wheat, last year actually saw a bumper crop, with production of the cereal up 11%, while deliveries rose by 7%. In addition, strong international markets caused the wheat price to go up by 19%. Canola likewise did well, with a 19% increase in this crop’s GPV, year-on-year.

The problem was barley. Its GPV dropped 37%. This was the consequence of a 30% decline in the barley crop last year. That, in turn, was the result of the intermittent bans on the sale of alcohol imposed by government, as part of its response to the Covid-19 pandemic.

The animal products subsector enjoyed sustained growth throughout the whole of last year. Except for pork, all elements of this subsector were supported by strong prices throughout the year. Pork prices actually fell by 8% during the fourth quarter. However, higher volumes of pork sold more than made up for the price decline, so that the GPV of pork in the last quarter increased by 10%. The GPV of beef rose by 9%, boosted by higher prices, despite a small reduction in the number of animals slaughtered. The GPV of sheep went up 2%, and that for goats by 24%.

However, the biggest element in the GPV of animal products was and is poultry. Underpinned by strong chicken prices, poultry GPV in the fourth quarter increased by 6%. The bulk of the market was taken by individually quick-frozen mixed chicken portions. While the average price for these had been R22 during the fourth quarter of 2020, during the fourth quarter of 2021, this had risen to R27. Driving this rise were higher world prices, themselves the result of continuing high feed prices and animal disease in certain places, which together had reduced supply.

The strong growth in the horticultural subsector was driven by high export volumes, despite logistical challenges that slowed picking, packaging and shipping operations, observed the BFAP. Thus, in the citrus category, exports were usually at their maximum during the second and third quarters, and only limited amounts were normally shipped in the fourth quarter. But during 2021’s last quarter, a million more cartons (each weighing 15 kg) of oranges were exported than during the same period in 2020.

The subtropical fruit category saw its GPV rise by 3.3%. Banana sales in municipal markets increased by 12%. Avocado prices stayed stable, although worldwide production volumes have increased, which demonstrated the increasing demand for this fruit, particularly in Europe.

“The wine industry was another strong contributor to horticultural growth,” pointed out the BFAP. “Following the challenges of 2020, exports increased by 46% year-on-year for bulk products and 7% for packaged products. The year-on-year increase in export value of bulk and packaged exports was 7% and 9% respectively. Considering only the final quarter of 2021, compared to [the fourth quarter of] 2020, bulk exports were 80% higher, and total bulk export value increased by 67%.”

Clouds on the Horizon?

“The sector’s performance belies the challenges that threaten to derail its continued success,” warned AgriSA. “The most important of these challenges is the state of South Africa’s critical infrastructure, especially roads, freight and our failing ports. This is a critical challenge South Africa must address in order to consolidate the gains of the past quarter and accelerate South Africa’s economic recovery.”

Further, agricultural input costs were, the BFAP highlighted, set to rise even more strongly than hitherto. A major factor in this was the Russia-Ukraine war, both the production and distribution disruptions it was directly causing and the sanctions imposed on Russia by most of the world’s major economies. Russia was the biggest supplier of chemical fertilisers to world markets. It was also a leading exporter of petroleum products. The effective exclusion of Russian fertiliser from world markets, and pressure on that country’s oil and related exports, was driving up world prices for these products, which were key inputs for agriculture.

And while the conflict was also driving up the world prices for grains and oilseeds (both Ukraine and Russia were major exporters of wheat, maize and sunflower products), that would hit the South African animal products subsector, for which these were key inputs. “While revenue performance from animal products was strong [last year], feed prices in South Africa continue to rise and as the single biggest contributor to production costs in intensive production systems (such as pork, poultry and beef feedlots), this raises concerns around profitability,” cautioned the BFAP.

Unsurprisingly, AgriSA welcomed the announcement of investments in infrastructure contained in the national Budget, released in late February. It particularly highlighted funding for the South African National Roads Agency and for the country’s water infrastructure (such as the raising of the Clanwilliam Dam, in the Western Cape province). But it also criticised increased excise taxes, which would hit the sugar, tobacco and wine sectors, which had been especially badly affected by the Covid-19 pandemic and government attempts to manage it. “The imposition of these taxes will hinder the ability of these industries to recover from the past two years and place many marginal jobs in jeopardy, diluting the positive effect of the employment tax incentive,” affirmed the body.

Provided it could still access its required inputs, even if at higher prices, South African agriculture’s gross domestic product could grow again, for the third year in a row, stated the BFAP. But global price trajectories would be affected by unpredictable and rapidly changing international factors. Not only was there the war in Ukraine, which could further drive up prices or, if a resolution was achieved, cause them to come down again, there was also the possibility of continued adverse weather in key South American agricultural producing regions.

The BFAP warned consumers that the global market situation and high input costs implied that food inflation in South Africa would continue to rise. Although the country had produced a bumper crop of wheat last year, it remained a net importer of the cereal. Hence, the rising prices, which were likely to stay elevated this year, even if there was another bountiful crop this summer. South Africa was also a net importer of vegetable oils and so, again, despite forecasts of a bountiful domestic summer oilseed harvest, prices would remain high, again underpinned by international factors.

“Now more than ever, government must play its part in aiding the economy’s recovery by prioritising investment in the repair and maintenance of the country’s critical infrastructure. Reducing the cost to the sector of failed and failing infrastructure is key to building [agriculture’s] resilience to potential shocks and stressors, and keep it on an upward trajectory,” asserted AgriSA. “As it stands, the sector’s performance in the current quarter is already under threat. In addition to the sector’s vulnerability to variables including weather and global market trends, the current crisis in Ukraine will undoubtedly have negative consequences . . . While conflict in Europe is beyond government’s control, national infrastructure is not.”

“The turbulence in global markets will affect South African producers in multiple ways,” summed up the BFAP. “Input costs, which already increased sharply in 2021, are likely to rise further. Rising grain and oilseed prices will further escalate animal feed prices, resulting in pressure on margins. These higher prices will, however, also result in increased revenue for field crop producers.”