By: Bloomberg     1st July 2022 It’s costing more these days to build and run solar farms and wind turbines, but they’re still cheaper than power plants that rely on fossil fuels. The costs of renewable plants are rising after years of declines due to soaring prices for materials, shipping and labour, according to a... →

By: Donna Slater     21st June 2022 International exhibition and conference organiser Hyve Group has opened a Johannesburg office as a means to enhance its presence in South Africa and expand opportunities for South African citizens.  Hyve Group, which employs over 650 people in 12 offices globally, organises over 50 trade... →

By: Tasneem Bulbulia     21st June 2022 Industry organisation the Petroleum Agency SA (PASA) has welcomed the release of the International Energy Agency (IEA)’s ‘Africa Energy Outlook 2022’ report, which outlines possible pathways for Africa’s energy system that are consistent with both the pressing need for a transition to a cleaner... →

By: Bloomberg     21st June 2022 Namibia expects its biggest oil discoveries since independence to help double its economy by 2040, Jennifer Comalie, chairperson of National Petroleum Corp of Namibia, said in a Bloomberg TV interview. TotalEnergies in February said it had made a “significant” oil discovery off the coast of... →

By: Nadine Ramdass     17th June 2022 While there are various sources of energy, gas remains one of the primary sources that can sustain a large amount of industrial and commercial requirements, says consulting service provider Synergy oil & gas consulting and training GM Ismaeel Fataar. He explains that a strong ripple effect from... → 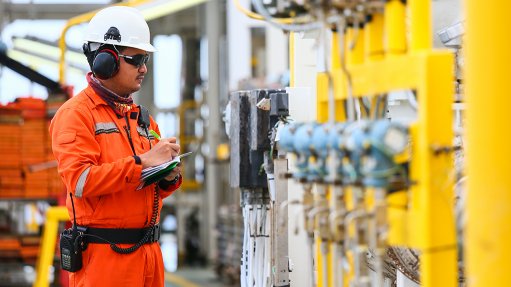 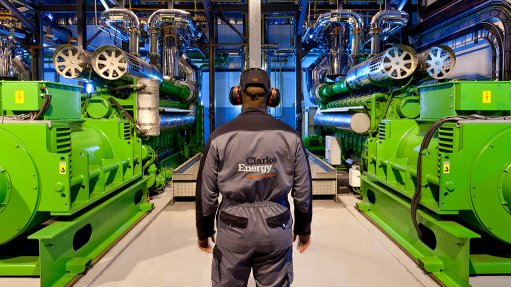 By: Bloomberg     16th June 2022 A fresh wave of attacks by an Islamic State affiliate in northern Mozambique has prompted the evacuation of the nation’s biggest solar power plant and threatens to further delay TotalEnergies' $20-billion liquefied natural gas project. Forces from Rwanda and a southern African regional bloc have... → 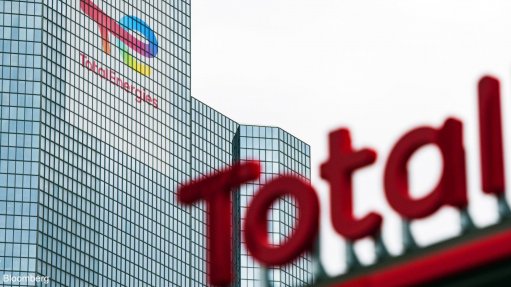 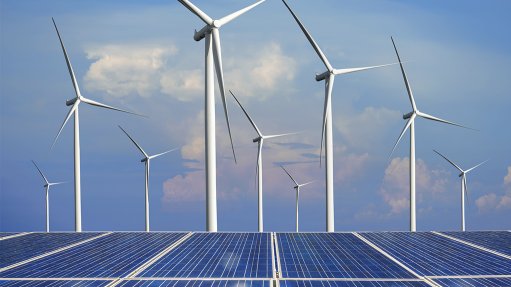 By: Marleny Arnoldi     10th June 2022 Global management consulting firm McKinsey & Company says Africa’s oil and gas producing nations have the opportunity to embark on an inclusive energy transition and chart a course toward a sustainable future, amid a heightened focus on sustainability. “As the world looks to accelerate its... → 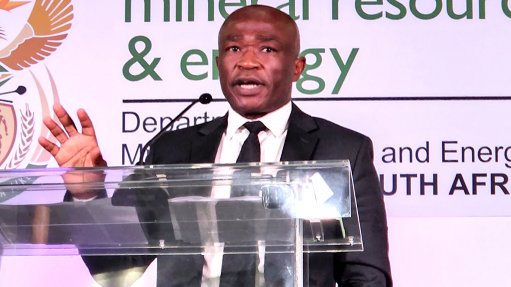 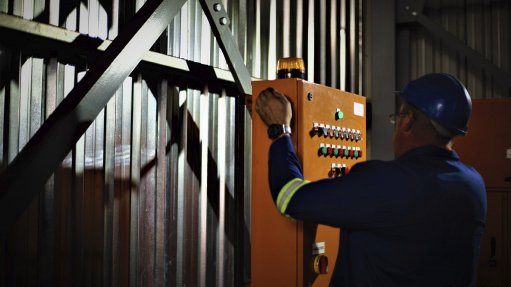 By: Marleny Arnoldi     6th June 2022 JSE-listed emerging helium and natural gas producer Renergen has signed a retainer letter with the US International Development Finance Corporation (DFC) for a possible $500-million loan to finance the Phase 2 development of the company’s Virginia gas project, in the Free State province of South... →

By: Simone Liedtke     3rd June 2022 Emerging integrated energy producer Renergen is confident that its Virginia gas project, in the Free State, will become a catalyst for “more than just gas” in South Africa, with CEO Stefano Marani expressing optimism about the project’s positive impact on the province as it develops into a... → 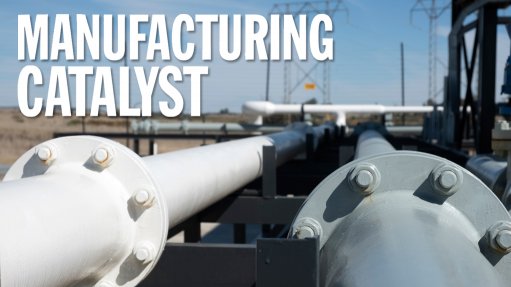 By: News24Wire      1st June 2022 Both Shell and Minister of Mineral Resources and Energy Gwede Mantashe's lawyers assert that an environmental management plan for the proposed seismic survey off the Wild Coast qualified as environmental authorisation, a court heard. A full bench at the Port Elizabeth High Court in Gqeberha on... → 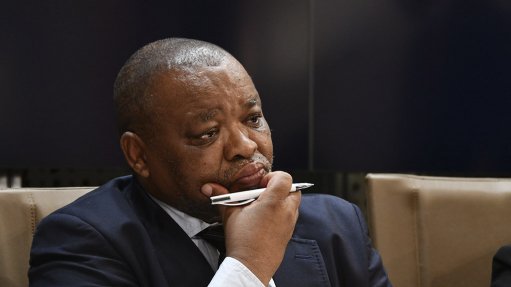 By: Bloomberg     31st May 2022 Oil headed for the longest run of monthly gains in more than a decade as European Union (EU) leaders agreed to pursue a partial ban on imports of crude from Russia to increase pressure on Moscow for its invasion of Ukraine. Global benchmark Brent topped $122 a barrel, hitting a two-month high.... →

By: Darren Parker     30th May 2022 The Coega Development Corporation (CDC) has jointly hosted a sod-turning ceremony with new global investor Orion Engineered Carbons (OEC) to demonstrate the success of the CDC’s 9 003 ha Coega special economic zone (SEZ) in the Eastern Cape as a preferred investment destination in Africa. OEC... → 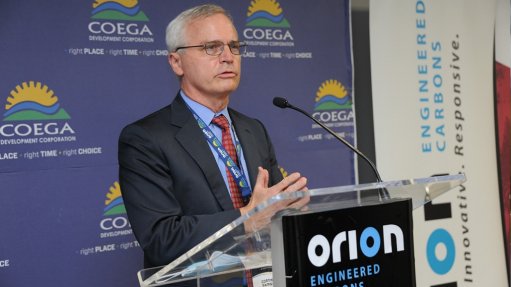 By: Bloomberg     30th May 2022 Protesters rallied in Cape Town on Saturday ahead of a court ruling on oil and gas exploration by Shell Plc. Community groups in December won a temporary halt to the company’s seismic survey off South Africa, pending a decision on whether further environmental authorization is needed for the work... →

By: Reuters     27th May 2022 Low crude oil production means Nigeria is barely able to cover the cost of imported petrol from its oil and gas revenues, Finance Minister Zainab Ahmed told Reuters on Thursday. Ahmed added in an interview at the World Economic Forum in Davos that she hoped Nigerian oil production would average... →

By: Schalk Burger     26th May 2022 Local black women-owned and managed petrochemicals company Wasaa has completed the acquisition and handover of the East London liquid fuel import terminal from energy multinational BP Southern Africa (BPSA). The company's subsidiary Wasaa Terminals will upgrade and increase capacity of the... → 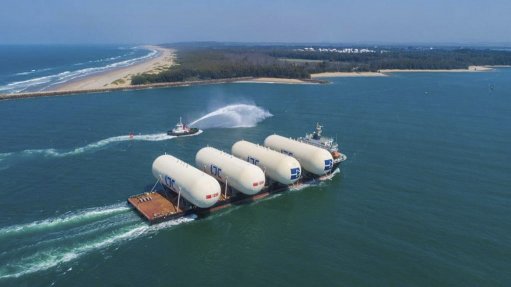 By: News24Wire      18th May 2022 As rising fuel costs continue to hit the South African economy, the African National Congress was contemplating pushing for an increase in oil and gas exploration, setting itself up for a fight with anti-fossil fuel lobby groups.  This new policy position is detailed in the ANC's draft discussion... →

By: Tasneem Bulbulia     16th May 2022 State-owned Transnet says it is increasing the supply of jet fuel through the National Multi-Product Pipeline from Durban inland, while repairs to the railway line that is also used to transport fuel to Gauteng get under way following damage from the floods in KwaZulu-Natal in April. Currently,... →

By: Bloomberg     13th May 2022 South Africa must accelerate plans to generate more electricity itself, buy more energy from private producers and make it easier for power-hungry mining companies to build their own plants, according to a draft economic policy document compiled by the nation’s governing party. Projects outlined... →

By: Halima Frost     13th May 2022 Industrial boiler manufacturer Steam Generation has successfully completed two projects in Africa that highlight its ability to improve energy efficiency and management for clients. “We commissioned a steam generation plant for a notable brewery in Accra, Ghana, in January, which entailed... → 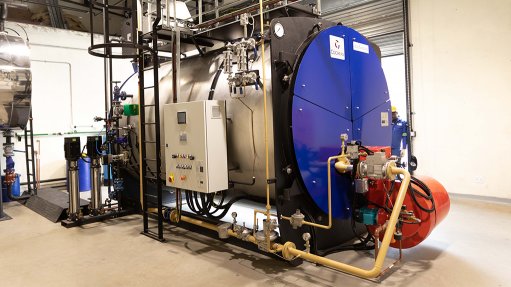 By: Creamer Media Reporter      12th May 2022 Cabinet has approved a new liquefied petroleum gas (LPG) rollout strategy for implementation. The strategy, which was published for public consultation in March, seeks to expand the domestic industry and contribute to the diversification of sources of energy, Minister in the Presidency Mondli... → 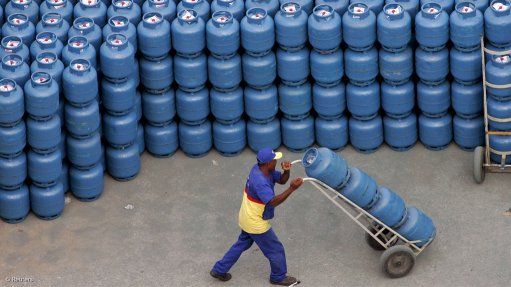 By: Marleny Arnoldi     11th May 2022 Environmental justice groups groundWork and the South Durban Community Environmental Alliance (SDCEA) have filed an application in the Pretoria High Court to challenge the environmental authorisation for a proposed gas-to-power plant in the Richards Bay Industrial Development Zone. The 400 MW... →

Cold boxes being precooled in preparation for gas

By: Darren Parker     3rd May 2022 JSE-listed Renergen reported on May 3 that it was making “strong” progress in terms of the commissioning of Phase 1 of the Virginia gas project, which comprises exploration and production rights of 187 000 ha of gas fields across Welkom, Virginia and Theunissen, in the Free State. Cold boxes –... →

Diesel price to rise on Wednesday, but petrol price to decrease