By: Donna Slater     10th April 2015 Initiative of the Department of Trade and Industry (DTI) the National Foundry Technology Network (NFTN) last year updated several industry-focused skills development programmes to bridge the widening skills gap and mitigate the effects of an ageing industry, as many skilled foundrymen are nearing... → 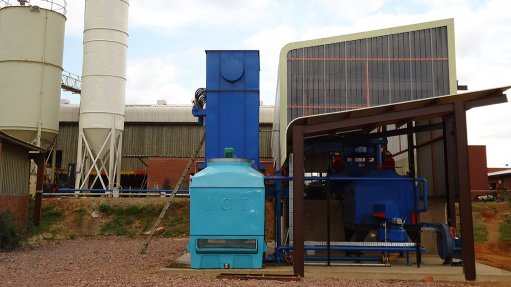 10th April 2015 Established in 1991, privately owned South African foundry High Duty Castings (HDC) has provided its customers with more than two decades of quality components. The company prides itself on having close relationships with its clients, 40% of whom have been loyal customers since HDC’s inception.... → 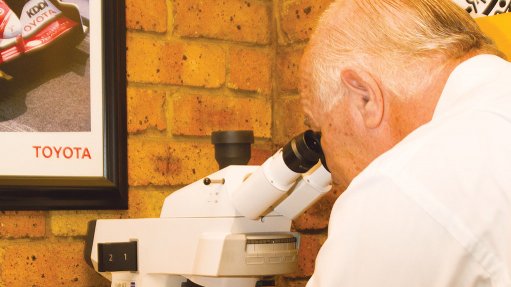 By: Jonathan Rodin     11th April 2014 The New Foundry Generation Forum, launched in August last year, enhances a chosen group of young leaders in the foundry industry, identified and selected by a committee. The forum aims to develop skills in the industry by dealing with problem- solving, productivity, quality, cost and delivery... →

By: Jonathan Rodin     11th April 2014 The metal-casting industry has experienced a period of decline, with several closures of foundries in recent years. However, the recent signs of economic recovery in Europe and North America, the continued strong growth of the African continent’s economy and the weakening of the Rand, are all... → 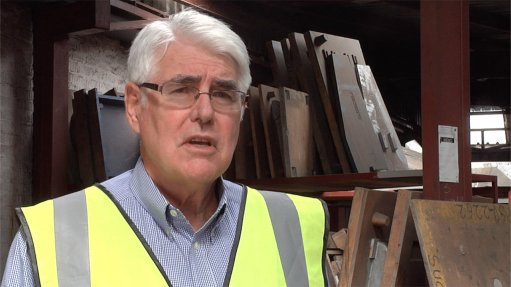 Foundries get competitive boost from network

11th April 2014 One of the most significant steps in many years towards assisting local aluminium foundries to compete in the highly competitive global market, has come in the form a benchmarking programme for a selected number of foundries by the National Foundry Technology Network (NFTN), which is partly... →

By: Jonathan Rodin     11th April 2014 A coating preparation plant (CPP) and dip tank were installed and commissioned by local foundry consumable supplier Foseco – the foundry division of Vesuvius – in January, says Foseco South Africa sales and marketing manager Enno Krueger. There is a continuing requirement for foundries to... →

11th April 2014 Steloy Castings, which was founded in 1984, is a specialist foundry group based in South Africa, supplying static and centrifugally cast components for heat, wear, corrosion and abrasion resistance to a myriad of local and international customers. From its three foundry complexes, including two... → 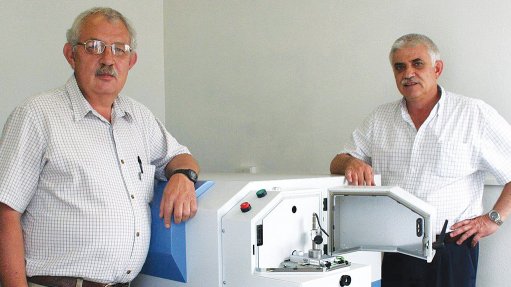 By: Sashnee Moodley     12th April 2013 The local and international foundry sectors need to work together to deal with the challenges that affect the industry, as every foundry faces these challenges, says industry-led, government-funded National Foundry Technology Network (NFTN) project leader Adrie el-Mohamadi. →

By: Sashnee Moodley     12th April 2013 Global metal casting production is expected to reach 115-million tons by 2015, but the role South Africa plays in the global industry continues to decline. →

World’s largest submerged arc furnace to be delivered to Korea

12th April 2013 International manufacturer of ferronickel Posco SNNC has contracted German engineering company SMS Siemag for the delivery of the world's largest submerged arc furnace with six electrodes for the production of ferronickel in Gwangyang, Korea. →

12th April 2013 Delegates at the 2013 South African Metal Casting Conference, held in the North West, between March 13 and 16 heard that the challenges faced by foundries in South Africa are not unique in the global context and that growth in the industry will come from closer attention to the needs of foundry... →

Foundry waste beneficial to other industries

By: Sashnee Moodley     12th April 2013 The foundry industry is one of the greatest recyclers; however, it generates many waste products that end up in landfills when, in fact, they can be used in several applications, says US Department of Agriculture research soil scientist Robert Dungan.  →

By: Sashnee Moodley     12th April 2013 Improved understanding of material efficiency at different stages of the casting process and the associated energy and operating materials required at each of these stages can be used to gather important information needed to promote efficiency improvements at foundries, says local consultancy... →

By: Samantha Herbst     13th April 2012 The National Foundry Technology Network (NFTN), a government and industry association-led agency, and the South African Institute of Foundrymen (Saif) believe that melting is a significantly undervalued trade in the foundry sector, saying that this lack of recognition is detrimental to the... →

By: Samantha Herbst     13th April 2012 The industry-led, government-funded National Foundry Technology Network (NFTN) and its stakeholders are, under the guidance of the Manufacturing, Engineering and Related Services Sector Education and Training Authority, in the process of converting the accredited foundry qualification learnership... →

By: Samantha Herbst     13th April 2012 The production volume of aluminium castings has declined by 40% in the past decade, Aluminium Federation of South Africa (Afsa) vice-chairperson Bob Stone tells Engineering News. →

By: Samantha Herbst     13th April 2012 The University of Johannesburg’s (UJ’s) Metal Castings Technology Station (MCTS) is using the art of metal casting to unlock the potential of small local businesses in South Africa. Through an initiative called the Community Casting Project (CCP), funded in part by the National Foundry Technology... →

By: Jessica Hannah     8th April 2011 A number of industry bodies have expressed concern about a lack of interest by the local foundry industry in taking advantage of new opportunities.  →

First-of-its-kind burner to be installed in Southern Africa

8th April 2011 Castings specialist KEW Foundries reports that the Department of Science and Technology’s (DST’s) Technology Localisation Programme (TLP) has assisted it in overcoming a number of short-term challenges. →

9th April 2010 The manufacturing sector, particularly foundries, has experienced economic strain over the past year owing to the worldwide recession. One of the largest and oldest aluminium foundries in the Western Cape Ajax Manufacturing’s CE Charles Rowe says that it has been an incredibly tough year for his... →

By: Henry Lazenby     9th April 2010 The proper handling of scrap runners and returns in a foundry may have a significant impact on a company’s profitability. In the search for continuous improvement and competitiveness, the improper handling and management of runner returns in foundries is often overlooked. →

9th April 2010 Specialist caster KEW Foundries has supplied headgear sheave wheels to the Shaft Sinkers Group, to be used on a project for global chemical giant EuroChem. The sheave wheels form part of the winder installation that will transport men and materials and waste rock during the shaft sinking phase... →