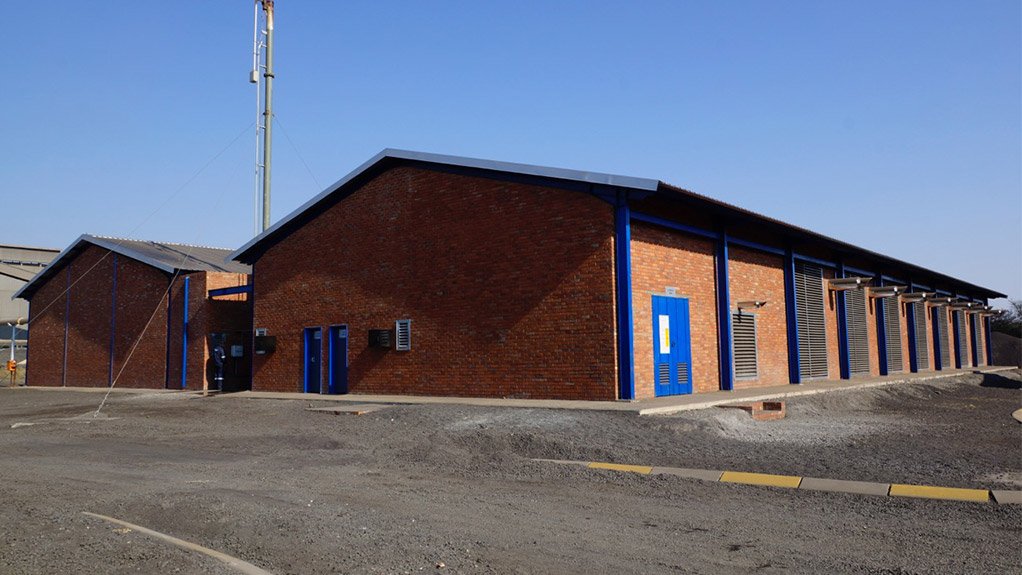 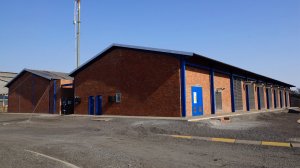 A gas processing plant, built by backup and continuous power solutions provider Diesel Electric Services, in Boshoek near Rustenburg, has achieved over 45 000 lost-time injury-free hours in its first year of operation.

The project – which started in January 2016, and took about 16 months to complete – cost R130-million. It was negotiated with Diesel Electric Services, which supplied the full turnkey solutions, construction and infrastructure for the project.

Built alongside global mining company Glencore’s smelter and initially conceptualised by Glencore, the plant buys flare gases from the smelter. The gas is then dried, cleaned and repurposed to generate up to 8.5 MW of electricity, which is sold back to Glencore at a lower cost than electricity bought from other suppliers.

“With recent changes to environmental legislation, many companies are finding ways of using any of their by-products to help their environmental ratings,” says Diesel Electric mechanical engineer Alain Bonfrer.

Essentially, the gases that are normally expelled by a smelter through the flare, are now being used in an environment-friendly way, maximising output and minimising the impact on the environment in two ways: not only are the noxious gases repurposed, but there is less coal or other fuels burned by State-owned power utility Eskom to generate electricity necessary to power the furnace, which makes it a viable means of decreasing its environmental impact.

The gases are transported from the smelter through a 600-mm-wide, 300-m-long pipeline to the gas processing plant, aptly named Tshomarelo, which means conservation. This is then run through one of two drying and filtration systems, which run parallel to each another. The systems are used in rotation so that there is no need for downtime when maintenance and cleaning are required.

The gases are then directed to 13 gas-powered generators, each housed in their own substructures. When combined and at full capacity, they can generate 9 MW of power, which is then tapped back to the smelter.

The system is maintained at any time by about 12 of 20 qualified technicians. The staff were hired from the local community and have been trained in the operational use and upkeep of the facility. Additionally, technicians from Diesel Electric Services have remote access to the facility through its fully integrated control room, from where they can assess and maintain the site from its headquarters in Johannesburg.

The integration of the system allows for minimal human interference, which, in turn, reduces the risk of human error and incidents on the job.

“When it comes to harmful gases and volatile environments, we at Diesel Electric Services prefer to have the machines doing the monitoring and keeping our staff safe,” adds Bonfrer.

Being able to monitor and assess projects without having to actually travel to site saves travel time and the need to have employees full time at each installation done by Diesel Electric Services. “The Internet of Things has definitely added value to our services,” states sales engineer Annedine Ryan.

Diesel Electric Services has been involved in other key gas installations, such as the completed ABSA Towers West Natural Gas Generation Farm, in Marshalltown, Johannesburg, generating up to 12 MW, and even small projects as far afield as Zambia.

Diesel Electric Services has also supplied solutions to the biogas industry, where, after a pilot project in 2015 they undertook to build a plant in the Western Cape, which generates 1.5 MW. A new biogas plant, being built by Diesel Electric Services, is due to be completed in May next year and will run at 6 MW. “The project, which is thought to be the largest biogas project in South Africa, will not only generate power, but also hot water and steam off the exhaust gas of the engines, which will all be sold back to the client,” comments Bonfrer.

“If you look at the magnitude of the gas processing plant and that it is one of the few sites of its kind in Southern Africa, it is definitely the flagship for Diesel Electric Services,” concludes Ryan.