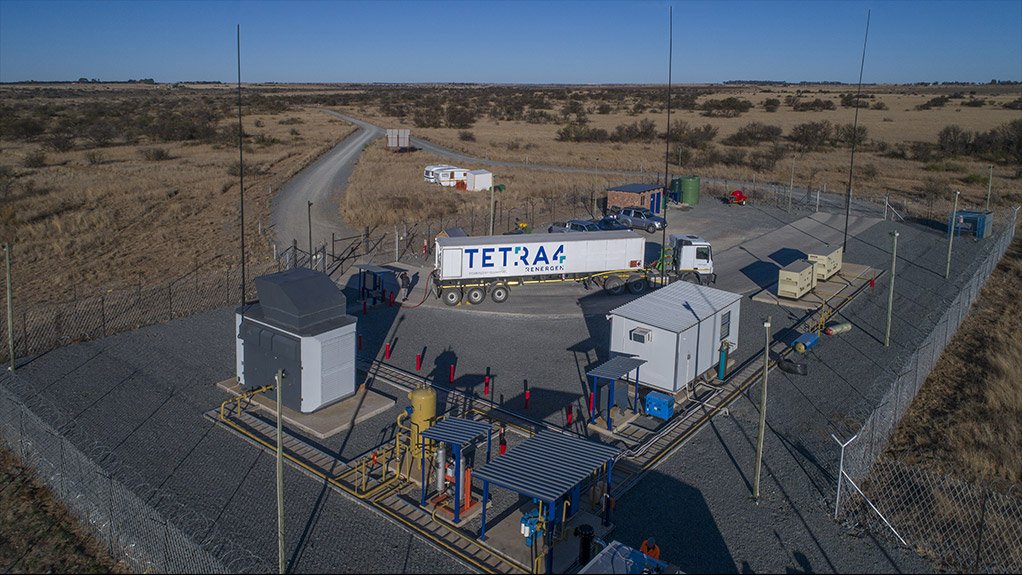 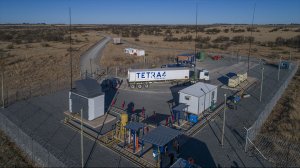 DOMINO EFFECT Once the plant is built and producing commercially, it will inspire confidence for other project developers to bring similar projects on line

Tetra4 is a natural gas and helium company, which Renergen acquired 90% of in December 2015.

The project is the first and only natural gas project to have been awarded an onshore petroleum production right in South Africa; the right, awarded in 2012, is valid for another 23 years. The project has proven reserves of natural gas; production began from the pilot plant, which was established in May 2016.

Once the project reaches commercial production, all the LNG produced will be available for local market consumption. The helium produced will also meet local demand, and the balance will be exported. The helium is contracted to industrial gases supplier Linde Global Helium on a long-term take-or-pay agreement, which will distribute the gas locally and internationally.

The project is producing and selling compressed natural gas (CNG) on a small scale from the existing pilot plant.

Renergen COO Nick Mitchell points out that the company has prepared for multiple shifts to support additional offtake contracts in the heavy logistics market.

Double shifts have been incorporated, with plans to move to triple shifts before the end of the year. Full-scale production will incorporate a four-shift cycle, as Mitchell emphasises the importance of small-scale operation as a learning ground.

The plant is also generating revenue for the company.

Renergen will open a second dispensing station in Johannesburg in the third quarter of this financial year, further contributing to earnings, and will sell CNG to fuel products distributor Black Knight Logistics. The contract will also be used as a proof of concept for diesel dual-fuel application in the South African market given its widespread adoption and use globally.

When the LNG and liquid helium plant comes on line, the company will focus on the use of LNG replacing liquid fuels, such as liquefied petroleum gases (LPGs), paraffin and diesel in both the auto and industrial heating sectors.

Companies that have significant carbon reduction targets should also consider using LNG, with the combined benefit of significant financial savings and lower carbon emissions, compared with the cost of using liquid fuel sources.

Mitchell enthuses that the success of the Virginia project will hopefully encourage other project developers to engage in similar projects.

“It’s a collection of smaller projects that has the potential to change the economy and landscape. Hopefully, people will take a leaf out of our book, follow the process and aim to bring many smaller, similar projects on line.”

Mitchell emphasises the growth potential of the local gas economy, which lies in the country’s unexplored oil and gas blocks, onshore and offshore, with the Department of Mineral and Energy Resources and Minister Gwede Mantashe proactive in their communicating and negotiating with industry stakeholders.

“The best way to describe it now is nascent. Our economy relies on liquid fuels and we have few options in terms of alternatives such as natural gas. The good news is that the landscape is changing, albeit slowly,” emphasises Mitchell.

The finalisation of legislation will allow for the upstream oil and gas industries to be regulated separately from the mining industry, which is a big departure from the current Mineral and Petroleum Resources Development Act.

“Once this milestone is achieved, South Africa will become a more viable investment destination for gas development. Interest is peaking, and multinational integrated oil and gas company Total’s recent deep-water discovery has captured the attention of all major players in the sector.

“Further, importing containerised and bulk LNG to local ports is not economically feasible in our opinion, owing to the complex handling requirements and port modifications, as well as the infrastructure required for bulk receiving terminals required for LNG,” says Mitchell.

He says CNG is ideal for refining pipeline gas into a fuel source for the auto sector, particularly for intra-city applications such as buses and medium-duty trucks and taxis and could help spread the use of gas as a substitute for liquid fuels.

He argues that heavy logistic haulers, however, would need to choose between fuel discounts and losing cartage space on loads; since CNG is not as energy dense as LNG, combined with the weight of storage cylinders and brackets, LNG would become the natural choice for this specific application.

“Tetra4 recognised this challenge years ago and we decided to pivot to LNG, as its energy density is comparable to that of diesel, and haulers are not faced with the challenge of giving up cartage space for discounts on fuel. The hauler enjoys both benefits,” Mitchell concludes.