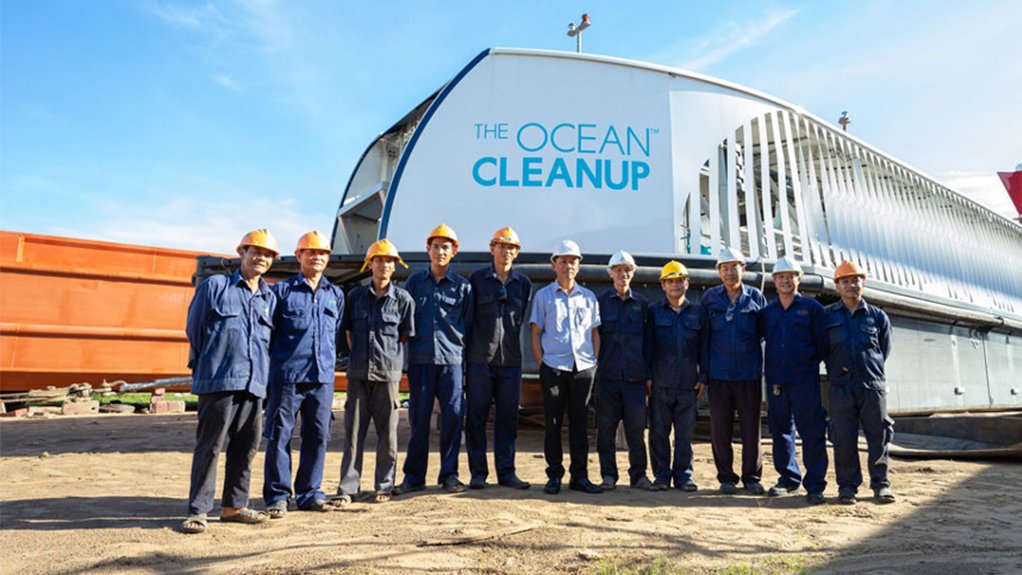 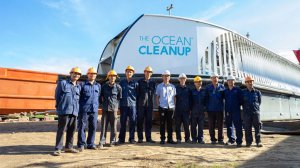 KEEP IT COOL This river cleanup project will make an important contribution to help the city improve the capacity and efficiency in waste collection, segregation and treatment

Environmental organisation The Ocean Cleanup recently launched its Interceptor Original trash collection system for testing in the Can Tho river in Vietnam.

This is one of 15 major rivers where the solar-powered solution will be deployed as part of a global partnership with beverage multinational The Coca-Cola Company.

The partnership aims to help stem the tide of marine waste by deploying projects to intercept plastic debris in primary waterways before it can reach the ocean. Alongside a deployment in Santo Domingo in the Dominican Republic, the Can Tho river in the Mekong Delta is one of the first rivers to be confirmed under the scope of partnership. The robotic solution – which can extract up to 55 t of marine trash and debris each day – will become fully operational in Vietnam over the upcoming months.

The people's committee of Can Tho and the Can Tho Department of Natural Resources and Environment (DoNRE) are supporting the Vietnam project. DoNRE and local operators will conduct river waste research to scale up the project where appropriate.

“We expect that this river cleanup project will make an important contribution to help the city improve the capacity and efficiency in waste collection, segregation and treatment. At the same time, it will prevent and thoroughly collect waste, especially plastic waste, floating on some major river routes in Can Tho City,” says Can Tho City DoNRE vice director Nguyn Chí Kiên.

“At the same time, this project will greatly contribute to Can Tho City’s goal towards an ecological and modern city, imbued with the identity of rivers and the Mekong Delta, visioning by 2030. To get there, we are looking forward to joining hands of nonprofit organisations, the private sector and Can Tho citizens in such environmental protection projects, maintaining our position as an Association of Southeast Asian Nations (ASEAN) Environmentally Sustainable City.”

In Vietnam, Coca-Cola will support local waste management solutions for collected debris and connect The Ocean Cleanup with local stakeholders. Coca-Cola was one of the founding members of Packaging Recycling Organisation (PRO) Vietnam, a partnership with other leading companies, recyclers and government agencies to accelerate local packaging collection and recycling.

“Right now, our packaging is among the waste that can be found in the ocean. This is unacceptable to us,” says Coca-Cola Vietman and Cambodia GM Leonardo Garcia. “We want to support partners and technologies that help to clean up our oceans and rivers, especially the Mekong River system – one of the critical river systems in the ASEAN that flows to oceans.

“Through innovation and partnership, we’re also working to create circular solutions for the collection and recycling of our bottles in Vietnam. That’s why we’re excited about this new partnership with The Ocean Cleanup in Vietnam, starting in our beautiful Can Tho river, and we’re looking forward to making a lasting impact through this work.”

The global partnership, which pairs Coca-Cola’s scale and network with The Ocean Cleanup’s technology and data-driven solutions, will implement the Dutch nonprofit’s Interceptor solution in 15 rivers by the end of 2022. The two organisations will also engage the private and public sectors to help tackle plastic pollution.

“The Ocean Cleanup’s mission is to rid the oceans of plastic. I am happy to see progress and our first steps together with Coca-Cola on the road to tackling the complex plastic pollution problem in the vast Mekong Delta and its sensitive ecosystems. This is good news for the oceans," says The Ocean Cleanup founder and CEO Boyan Slat.

The partnership supports The Coca-Cola Company’s “World Without Waste” sustainable packaging goal to collect and recycle a bottle or can for each one it sells by 2030, while substantially reducing the use of virgin packaging materials and using only 100% recyclable packaging materials. Achieving this vision requires investment in innovation and collaboration with partners to drive collection, recycling and sustainable design.

Unveiled in 2019, the Interceptor is the first scalable solution to collect plastic from rivers, which are the arteries that carry plastic waste from land to sea. Waste flowing with the river current is guided by a barrier towards the opening of the Interceptor. Thanks to the vessel’s catamaran design, the water flow path is optimised to pass through the system, carrying plastic with the current onto a conveyor belt and delivering the waste to a shuttle that automatically distributes it across six dumpsters before returning to shore for recycling.

Coca-Cola will work with The Ocean Cleanup to integrate Interceptors into existing or emerging programmes wherever possible. Local teams will work with waste management coalitions to sort and eventually, where possible, turn captured polyethylene terephthalate plastic bottles into new bottles.