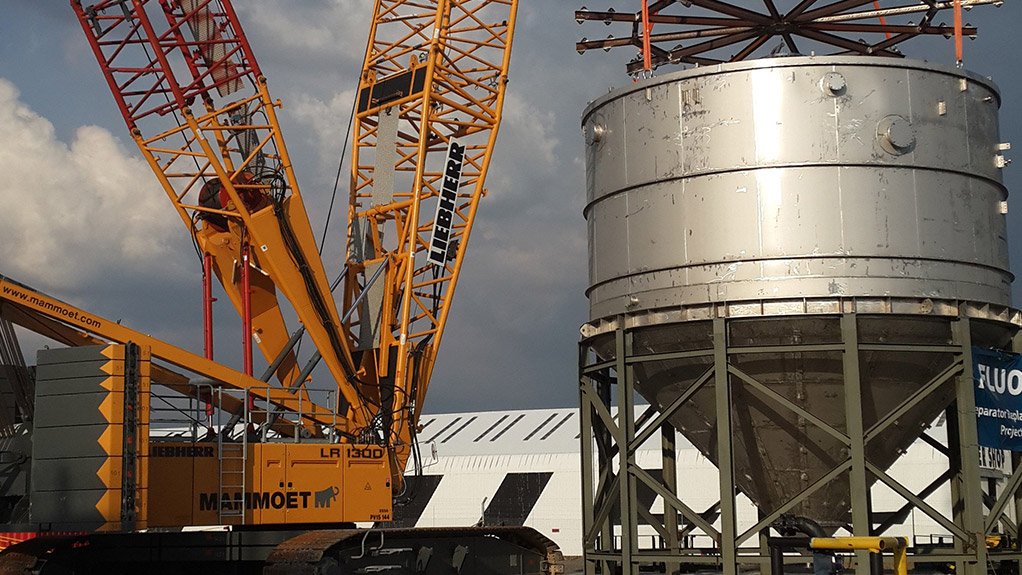 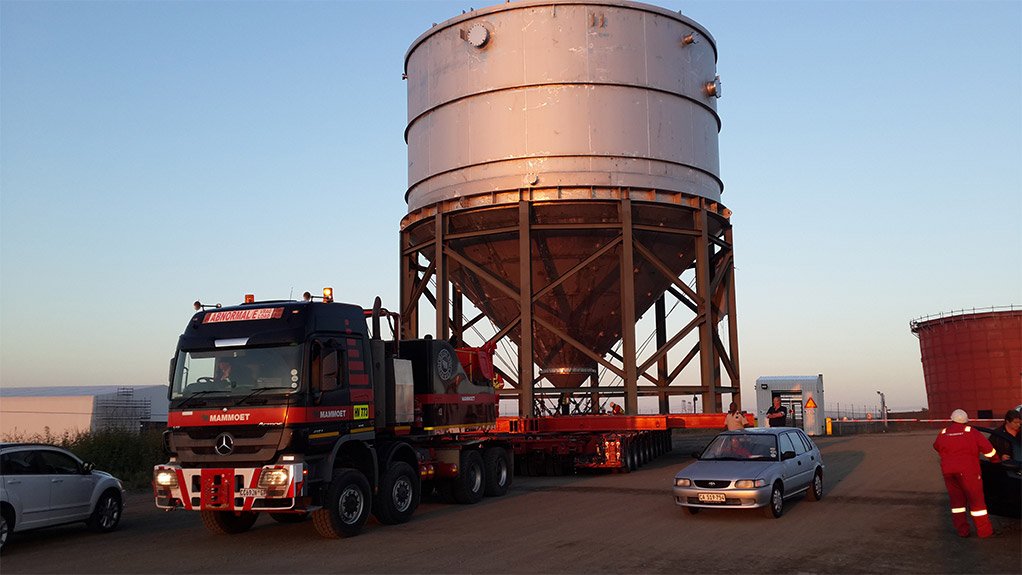 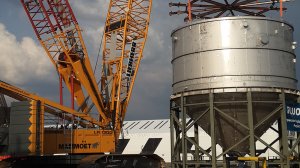 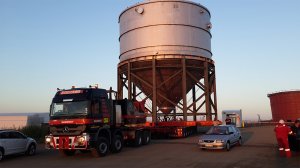 Transport and heavy lifting services provider Mammoet Southern Africa’s tar separator tank replacement project for a petrochemicals refinery in Secunda, Mpumalanga, is making good progress and is set to meet the expected completion date in May next year.

Mammoet Southern Africa marketing and business development manager Ryan Amos tells Engineering News that the project was awarded in December 2012, with work having started in June 2013. The project entails transporting 30 new duplex steel tanks about 5 km from a tank manufacturer’s factory to the refinery in Secunda and installing them, as well as removing the old tanks from the refinery and transporting them to a nearby demolition site.

He explains that Mammoet is carrying out the tank removal and replacement tasks while the refinery is still operating, which means there is no downtime for the client. The new tanks are also being manufactured and built at the tank manufacturer’s factory, after which they are transported and installed.

“There is no room for error because the refinery is operating fully as we conduct our work. We adhere to the highest health and safety standards and, unfortunately, have to work with weather conditions in mind,” says Amos. He adds that, if the weather is too windy or rainy, Mammoet does not proceed with the project, as it does not wish to subject its personnel – as well as the refinery personnel – to health and safety risks.

“So far, we have been able to carry out our tasks within the set timeframe and have replaced more than ten of the 30 tanks. Further, we aim to save clients time by providing them with a smart solution [that reduces] downtime and [optimises] uptime,” he says.

During the project, which is to be conducted over a two-year period, Mammoet uses five crawler cranes, consisting of one 300 t, two 350 t and two 400 t crawler cranes, two ten-line multi-axle trailers and two trucks.

Further, he tells Engineering News that Mammoet is working on State-owned power utility Eskom’s Medupi power plant, in Limpopo, and its Kusile power plant, in Mpumalanga, where several of the company’s crawler cranes, ranging from 400 t to 1 300 t in lifting capacity, have been on site since the start of the projects.

The company also works on several port projects, transporting and installing heavy-duty cargo from the incoming port to various project sites across the country.

“The planning phase is a very important part in our line of business. “We start planning in the quotation phase, where our engineering division conducts route surveys and feasibility studies to investigate a technical solution, the route, and make contingency plans should we need specialised equipment to lift bridges or use alternative routes, among other possibilities,” concludes Amos.