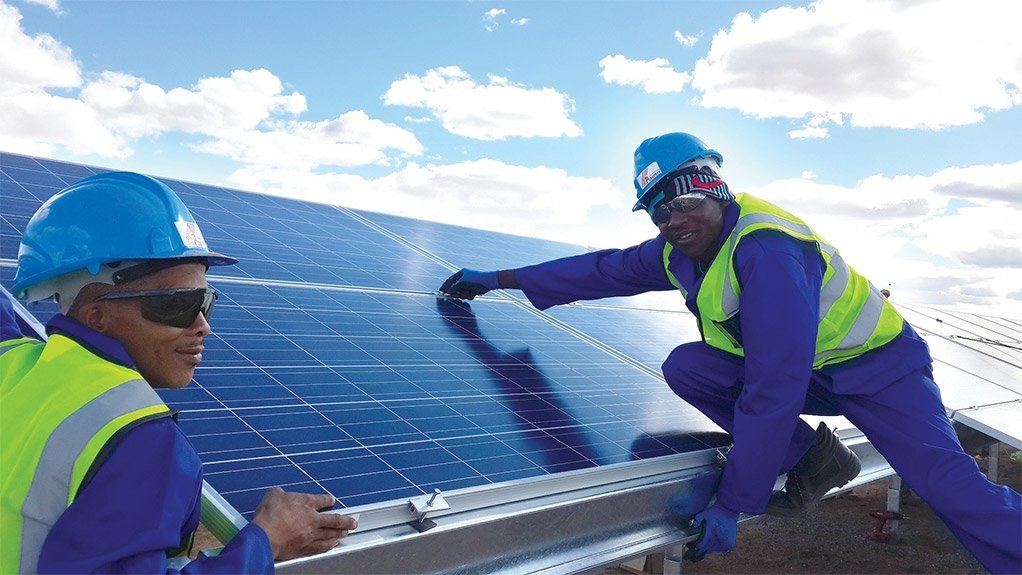 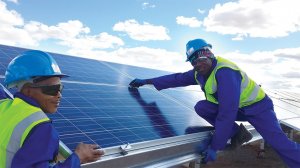 “Effective solar systems provide 25 years of guaranteed power and, by tapping into that power and financing solar projects upfront, users can project – with certainty – what their electricity cost will be.”

He explains that the company completed the construction of a 492 kW solar photovoltaic (PV) array for South Africa-based property investment company Ingenuity Property Investments on their Atlantic Centre and Park-a-Lot buildings in Foreshore, Cape Town, in June 2015. The project will produce about 778 000 kWh of energy a year, equivalent to about an R860 000 saving in its first year of operation.

“What is really exciting for Ingenuity Property is that this is an opportunity for them to achieve an operating cost saving from the currently unutilised roof space, through the deployment of capital which will earn a return in excess of what they would likely earn on the building itself,” Chennells points out.

He further suggests that, in addition to Ingenuity Property making a good return on the capital invested in the solar system through ownership of the system, they are also getting certainty on their energy operating costs.

“The installed solar system, together with Sola Future Energy’s unique energy yield guarantee allows Ingenuity the benefit of knowing exactly what its electricity cost will be – the kind of certainty that is key for efficient business operations,” Chennells adds.

The Atlantic Centre project uses about 1 600 PV solar panels and generates up to 492 kW at peak levels. The solar system is grid tied, and has been designed to be connected to the client’s electrical reticulation which includes municipal supply as well as backup generators.

This means the system has no batteries and uses direct sunlight to generate power that is used instantaneously by the building, reducing Ingenuity’s reliance on the municipal grid, which is predominately generated through nonrenewable-energy sources.

“At peak level, the 492 kW – instantaneous power this system is able to generate is at 778 000 kWh of power a year, which is the equivalent power used by 150 to 200 households,” notes Chennells.

He indicates that, for the Atlantic Centre project, Sola Future Energy sourced the main components from its supplier partners in China and Germany, but the company also uses reputable preferred suppliers from the US.

“The Chinese manufactured panels really offer good value for money in addition to excellent quality and third-party performance warrantees,” he tells Engineering News, adding that for this project, Yingli solar modules, SMA inverters and Scheletter mounting gear were used to complete the project.

Chennells further explains that China has increased its capacity to manufacture PV panels, owing to the large market for solar energy solutions especially within the country itself, and that European manufacturers have moved their operations to China in order to capitalise on manufacturing efficiencies.

“What is also reassuring is that many of the Tier 1 Chinese solar module suppliers offer an internationally recognised third-party warranty. “This means that, if a manufacturer or supplier was unable to service its component warrantee obligations within the first 25 years after installation and that if that solar module was not performing as specified, this does not become the client’s risk but rather the third-party underwriter,” he adds.

Chennells adds that this provides the system owner with additional peace of mind and further negates the perceived risk that Chinese products are inferior.

Sola Future Energy will monitor and maintain the system on a continual basis, comparing the actual output statistics to that simulated from weather station data to ensure the system is operating optimally.

Meanwhile, another solar-related project Sola Future Energy is involved in requires the company to provide about 1.3 MW of solar power for private hospital network Netcare across four of its Gauteng hospitals.

“These projects will allow for significant savings for our client Netcare when all four of these projects have been commissioned in March.”

Chennells explains that there will be a financial benefit through electricity cost savings for Netcare, owing to the hospitals being very energy intensive, he concludes.

Sola Future Energy installed close to 3.5 MW of solar PV systems in the 2015 calendar year, and will be installing a further 4.5 MW of commercial solar PV projects during the first half of this year. Meanwhile, the solar energy provider has been awarded a 1.02 MW rooftop solar project to be constructed at the Cradlestone Mall in Krugersdorp, in Gauteng. Construction of the rooftop project is expected to commence in February, with the intention to be completed by end of May.