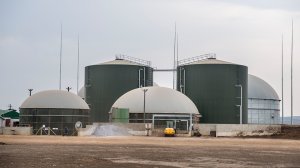 Bio2Watt will supply SAB with renewable energy from its Cape Dairy biogas plant once it reaches commercial operation.

The biogas plant, which is under construction, will make use of waste collected from one of South Africa’s largest dairy farms, where over 7 000 cows reside, to produce renewable electricity.

"All of SAB’s breweries in South Africa already use solar power, which we are currently expanding and the Alrode brewery, in Johannesburg, is also making use of a biogas facility.

“As we accelerate our sustainability strategy, we are looking forward to collaborating with more partners in the renewable energy space,” Ruff says.

The procurement of renewable energy is in line with SAB's holding company Anheuser-Busch InBev’s global 2025 sustainability targets for climate action.

“We have made a global commitment to explore renewables to reduce carbon emissions and reach 100% contracted renewable electricity by 2025.

"We also believe we have a duty to ease the pressure on the national grid. Through this partnership, we are proud to progress on both fronts as we make our way to a cleaner, greener and more self-sustainable future,” comments SAB procurement director for Africa Kyle Day.