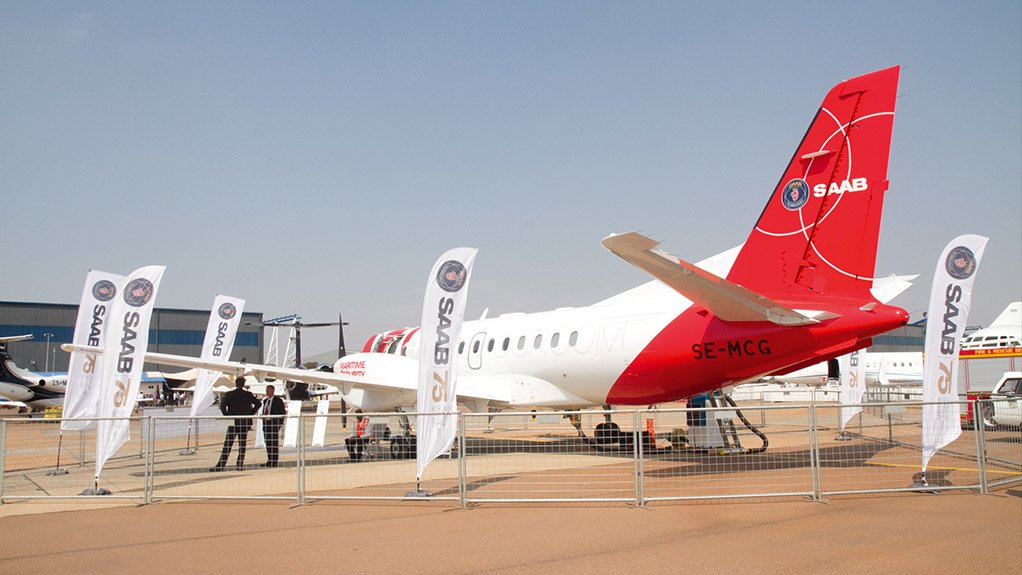 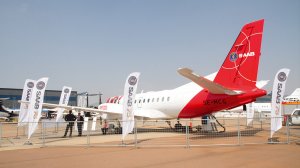 He says South Africans are internationally renowned for their innovative and pragmatic approach to problem solving, and the local defence industry prides itself on innovation, with a strong focus on design and development, logistics engineering, manufacturing and support services.

“Many South African defence companies are Tier 1 suppliers (platform suppliers or integrators) and Tier 2 suppliers (subsystems suppliers) in the land, air and sea markets. Those companies that are successful today have embraced global competitive markets and grown beyond local demand,” Raman explains.

Saab SA products are being used by 30 countries globally, with Saab SA being the preferred supplier of world-class products to several major platform original-equipment manufacturers, he adds. Raman says, irrespective of the ‘severe’ challenges, such as a low budget facing the local defence industry, private companies –such as Saab SA – have managed to maintain innovation and competitiveness through aggressive investment in self-funded research and development (R&D).

He mentions that Saab SA is investing between 8% and 10% of sales in R&D but that keeping up with defence policy changes is extremely challenging for the company. During the strategic defence packages, the industry was encouraged to secure foreign partnerships and significant foreign shareholding for offset partners.

“Today, unfortunately, the issues of shareholding and legal standing are often confused, and this leads to a situation where companies like ourselves are not always favoured when it comes to aspects such as government R&D funding, or participation in local R&D programmes.”

Raman indicates that the situation has further deteriorated with the promulgation of the draft defence charter and strategy, which he thinks fails to recognise overseas companies that want to make South Africa their manufacturing hub for the export market only.

“This is in line with the Industrial Policy and Action Plan initiative, yet it is being strangled by ownership and control issues. This translates to further opportunity losses, fewer jobs created and reduced foreign exchange earnings.”

He says, currently, about 65% of all defence equipment produced in South Africa is exported, and this is what many countries that produce defence equipment strive for –to be self-sufficient defence businesses with no need for government funding to sustain strategic and sovereign capabilities.

Raman is concerned about the decreasing South African national defence budget, despite an ever-increasing requirement for defence participation in sovereign security and peacekeeping or enforcement in Africa.

“The local defence budget has now been reduced to well below the international benchmark for democratic countries not in conflict. South Africa and other African countries must invest in the defence industry to realise the economic and social dividends of a peaceful Africa.” He explains that the primary drivers for defence spending are sovereign security, economics and foreign policy interests. However, he indicates that Third World countries involved in conflict tend to suddenly spend on urgent operational solutions. “This is unsustainable and leaves the countries in further economic and social distress.”

Developed countries have slightly increased their spending to address the needs of domestic security and equivalent partner countries’ contributions towards strategic alliances, such as North Atlantic Treaty Organisation members, which are spending more on defence, he adds.

Raman thinks that, owing to the imminent defence budget cuts, smaller defence industry players, as well as small, medium-sized and microenterprises participating in the local supply chain, will have increased sustainability challenges that will negatively impact on transformation of the sector.

He says the triple helix model, which encourages defence-directed R&D in tertiary institutions and applied research organisations together with the local defence industry, will also be adversely affected, as the result of the budget cuts.

“This is an unfortunate consequence of the financial strain that South Africa faces. All defence stakeholders need to work together to find solutions using new business models, more open and long-term acquisition planning and greater collaboration, instead of unnecessary duplication of capabilities,” he adds.

Saab’s operation in South Africa has a revenue of about R1.5-billion, with 85% of revenue generated from export business.