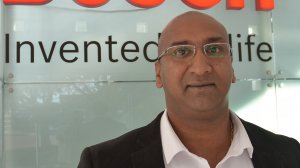 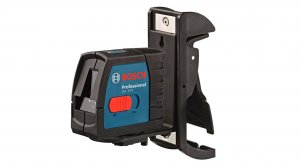 “South Africa contributed about 60% of Bosch’s Africa-based turnover in 2014 and we are leveraging most of our South Africa-based employees and customers to establish ourselves in other countries across the continent,” he tells Engineering News.

Robert Bosch Southern Africa has offices in Johannesburg, Gauteng; Port Elizabeth, in the Eastern Cape; Durban, in KwaZulu-Natal; and Cape Town, in the Western Cape. These offices also cater for the company’s Namibia, Angola, Mozambique, Zimbabwe and Botswana clients.

“We want to be in virtually every country on the continent where it makes business sense, but we also want each country’s business to be self-sufficient, hence, our emphasis on acquiring local talent, providing training, services and becoming part of a country’s culture,” he explains.

The company is also leveraging its relationships with current retailers that it is working with in South Africa to get into new markets. These retailers include Game, Massmart and Cashbuild, which are already entrenched in several African markets.

Moodley says Robert Bosch is committed to leaving a lasting legacy in the countries in which it operates by investing in initiatives that nurture and develop local talent.

“We are also considering possibly opening a warehousing and manufacturing facility in Nigeria and a warehousing facility in Kenya. “This is part of our plans to invest in local communities in Morocco, Nigeria, Kenya, Angola, Namibia, Zambia, Botswana, Zimbabwe and Mozambique through dealer development and training schemes,” explains Moodley.

Africa Focus Following Bosch president Henning von Boxberg’s visit to South Africa in March, Bosch said in a statement that the company would place greater focus on Africa, as it was fast becoming a significant market for the company’s future growth, as the continent was currently the company’s fastest-growing market in terms of sales.

Von Boxberg further stated that emerging markets were increasingly important to Bosch, as many businesspeople still used traditional hand tools, adding that the main objective would be to first inform the local target market about power tools.

Bosch registered an 8% growth in sales across Africa during 2014, which was proof that the company strategy worked effectively, he noted.

“The key to continued success is the supply of robust, reliable products that are easy to service.

“Bearing this in mind, Bosch has defined a range of professional products, which will be successively launched in Africa throughout 2015,” said Von Boxberg in the statement.

indicated that Bosch aimed to offer a complete series of optimally adapted products and services to emerging markets by 2017.

“Innovation remains key in emerging markets and we will, therefore, continue to focus on innovative and market-specific tools. “It is also important to tailor products to the specific requirements of users in these regions,” he concluded, citing the Internet as a “rapidly growing communication and sales channel in these regions” as an example.