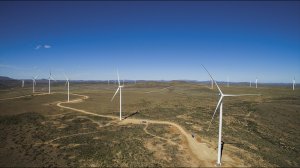 It is time steel tariffs, which are a material component in renewable energy projects, are waived to help lower the cost of solar and wind installations, he says.

“It would be preferable to let the market decide where it procures material for green energy projects rather than government trying to prescribe the minutiae of local manufacturing of key components,” he notes.

“The more local inputs are required, the higher the cost of energy production, which means consumers are paying more for energy. Given the long-term nature of these contracts, these costs are baked in for many years,” he avers.

Component parts are typically cheaper when imported and, depending on the item, can be 20% to 50% cheaper than those made locally, as South Africa does not have the same production scale.

Further, the manufacturing processes for many renewable energy components are largely automated, creating fewer direct local jobs than people might think, he adds.

“The overriding goal of energy deregulation should be to get as much energy to the grid as quickly as possible to address the severe generation shortfall, currently estimated at 4 000 MW to 6 000 MW, which will increase as older coal-fired plants are retired.

Formby is encouraged by the profound progress in energy deregulation in South Africa over the past year and hopes for further advances, particularly around access to local electricity distribution grids to link private generators and consumers.

Mineral Resources and Energy Minister Gwede Mantashe recently launched Bid Window (BW) 6 of the Renewable Energy Independent Power Producer Procurement Programme, saying 2 600 MW of power would be procured in addition to that procured under BW 5, which is expected to reach financial close at the end of April 2022.

“There are, however, fears that the recent global increase in commodity and logistics costs will make it challenging for these projects to reach financial close at the tariff levels awarded.”

Eskom also recently launched a bidding process for land in Mpumalanga where the intention is for private generators to lease these land parcels from Eskom and build renewable energy plants adjacent to existing grid connection infrastructure. These generators would use the Eskom connection points and grid network to deliver power to private buyers across the country.

“It is a good example of a quick and efficient way to get extra energy to the grid, without committing Eskom’s balance sheet or requiring government guarantees to secure long-term power contracts.”

Further, Formby commends Operation Vulindlela, the project delivery unit in the Presidency, for reducing red tape on private electricity generation projects to help get them on the grid more quickly.

“Last year, government lifted the threshold for licensing exemption for private generation from 1 MW to 100 MW. Although projects must still register with the National Energy Regulator of South Africa, the intention is for this process to take place much faster than the traditional licensing process,” he says.