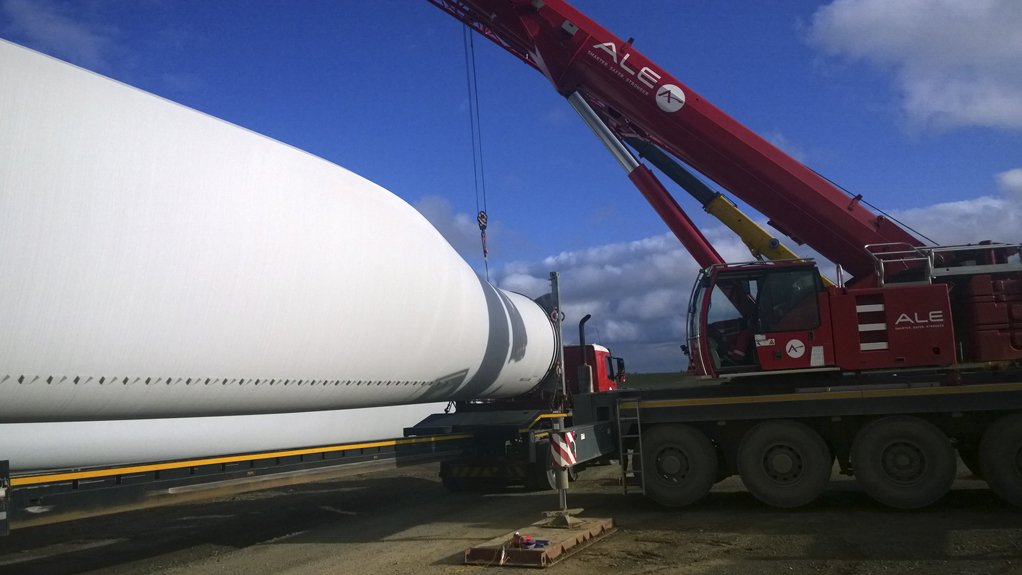 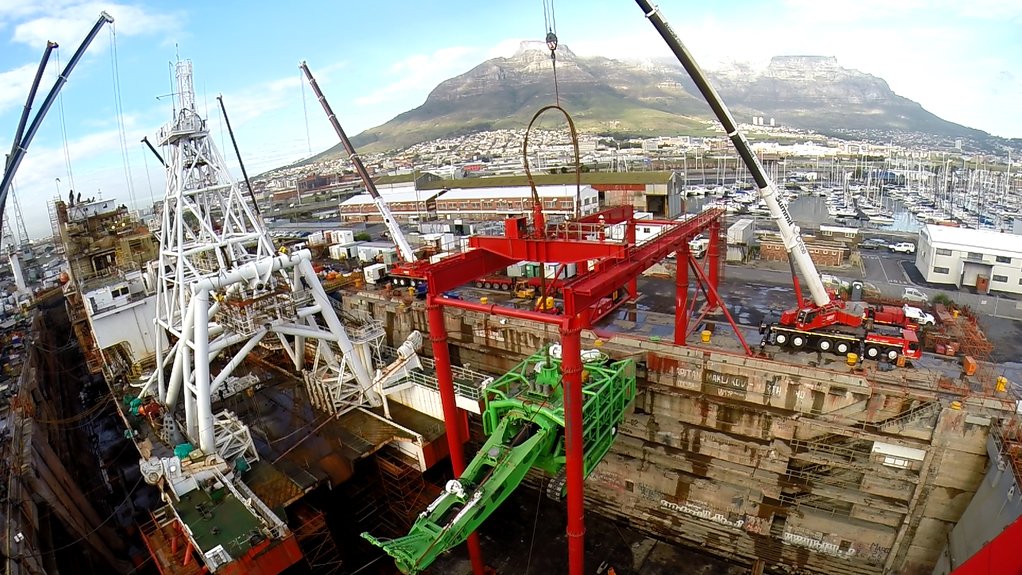 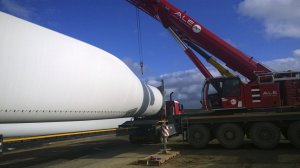 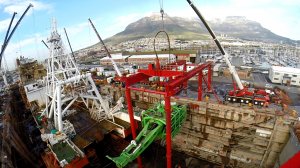 Integrated heavy lifting, transportation and installation solutions provider ALE South Africa completed the handling and transportation of 56 wind turbine generators in February for the Amakhala project, in the Eastern Cape.

The generators are made up of ten components, each comprising three blades, a nacelle, a rotor hub and a drivetrain, as well as four tower sections that vary in weight and dimension.

“It was great to be involved in such a milestone project, which will supply the country with renewable energy for the next 25 years,” says Amakhala project manger Zayno Myburgh.

The components for the wind turbine generators arrived in South Africa on eight geared vessels that docked at the Port of Ngqura, about 20 km north-east of Port Elizabeth.

ALE supplied three mobile cranes, along with other handling and transportation equipment, to transport the components to an interim storage facility at the port. The Coega Development Corporation prepared the storage area.

Specialised transportation equipment supplied by the company included extendable four-axle and eight-axle trailers. Once the components had been transported to site, they were offloaded using a second set of cranes from ALE’s fleet.

Myburgh states that about 50 ALE employees were involved in the execution of the project.

Since 2008, ALE has also been part of the De Beers Marine Deep Sea Crawler Exchange at the Sturrock dry dock, at Cape Town harbour.

The company provides transport and lifting operations biennially that are required for the replacement of the old deep-sea crawler with a new one using a custom-built gantry system.

The gantry system was designed and supplied by ALE and comprises a strand jack lifting unit with a total capacity of 450 t.

The project is executed over a period of two to three weeks and includes careful planning and load tests before the old deep-sea crawler is lifted.

ALE uses a 20-axle conventional trailer on public roads and a 12-axle self-propelled trailer for on-site roads when transporting the new and old deep-sea crawlers.

The project entails the new deep-sea crawler being loaded in the marine workshop using self-climbing jacks and the trailer’s integrated hydraulics. Once it is secured, the crawler is transported to the dry dock and positioned underneath the overhead gantry system.