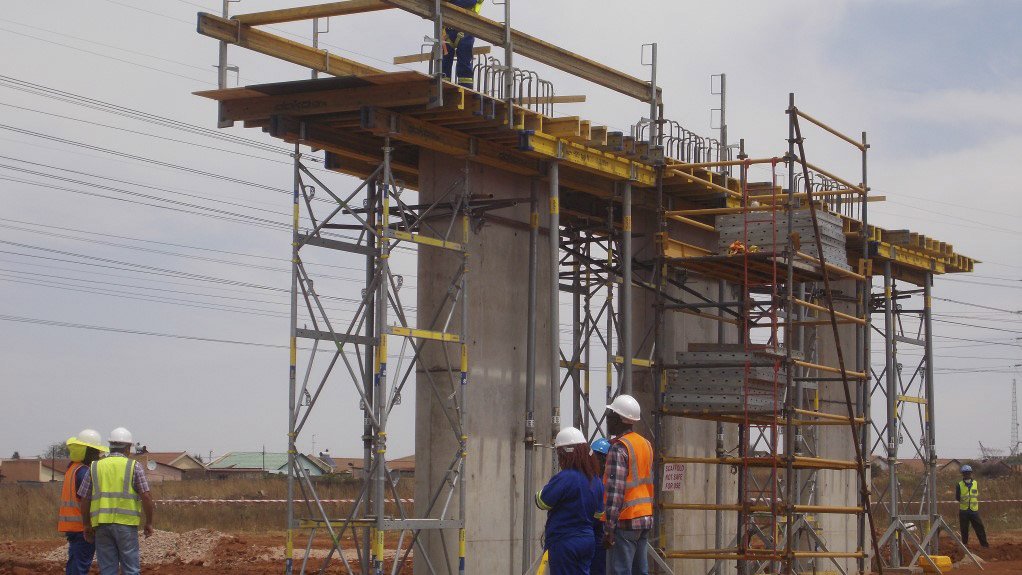 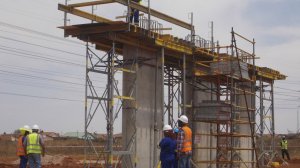 As part of the City of Johannesburg’s ten-year R100-billion investment in infrastructure, the city’s road infrastructure authority the Johannesburg Roads Agency (JRA) investigated the state and quality of the 814 bridges in Johannesburg, and set out to construct and rehabilitate bridges in the city region in order to improve safety and enhance the mobility of road users.

Following the conclusion of the city’s investigations, the consensus reached was that many of these bridges required extensive rehabilitation and upgrade, as well as the addition of features in line with modern engineering and safety trends. The city also discovered areas where new bridges would have to be constructed to improve the lives of residents.

One of the new bridges built by the JRA is the Naledi-Protea North Bridge which links the two Soweto townships and ensures easy access and improved safety for pedestrians. Former Johannesburg executive mayor Mpho Parks Tau officially opened the R65-million bridge on May 31.

At the opening, Tau said that the new bridge formed part of a comprehensive programme to revitalise road and stormwater infrastructure across the city.

The bridge holds special significance for residents of Protea North and Naledi, as the two suburbs are located a stone’s throw apart but are separated by a railway line. Motorists, however, had to take a 10 km detour to get to Protea North and pedestrians risked their lives by crossing the railway line.

Both Naledi and Protea North are part of Johannesburg’s Corridors of Freedom programme, which strives to eradicate the legacy of apartheid spatial planning and create new economic opportunities close to transport corridors.

Walters said the bridge would contribute to community safety in Soweto, especially in Wards 14 and 20. All road users are now able to cross the railway line using the bridge. Public lighting and other safety features were included in the design.

Local small, medium-sized and micro- enterprise contractors benefited from the construction activities and were responsible for the bulk earthworks, steel fixing, kerbing, paving as well as installation of the storm- water infrastructure.

Walters commented that one of the JRA’s primary concerns was the safety of the communities often affected by floods that cause damage to bridges and roads during the rainy seasons. She noted that the city’s infrastructure development programme had also ensured that low-lying bridges were raised above the flood lines at a number of locations in Soweto that suffer the brunt of flood damage, including the Nxumalo, Leselinyana-Kinini and Zulu-Mahalefele bridges.

Other areas of Soweto continue to benefit from heightened road construction activities undertaken by the JRA. The agency cites the upgrading of gravel roads to surface standards in Doornkop and Thulani, which included road resurfacing and the conversion of Soweto’s open stormwater drains into an underground system with related infrastructure.

Eight subcontractors were offered work packages to assist the JRA in its road maintenance and 78 local people were employed, contributing to job creation and skills trans- fer in the Soweto community.

The Naledi-Protea North Bridge forms part of the JRA’s intensive ‘bridges programme’ which includes the rehabilitation of a number of bridges city-wide including the Oxford, Federation and Double Decker bridges on the M1 Freeway.

The JRA is a city-owned agency responsible for the maintenance, repair and development of Johannesburg’s road network and storm water infrastructure, including bridges and culverts, traffic lights and signage. The organisation is committed to providing quality roads that are accessible, safe and liveable for the city’s communities.