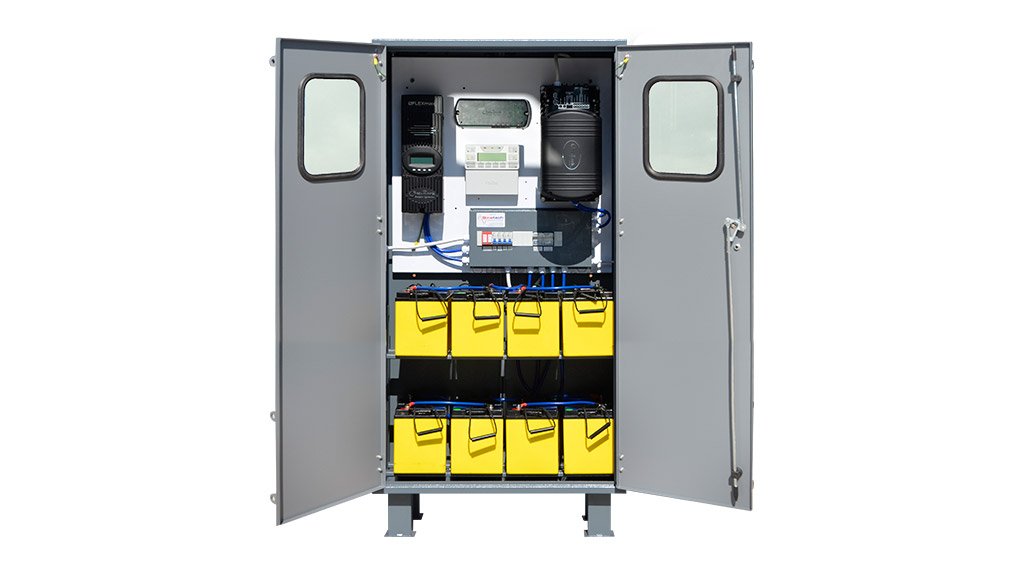 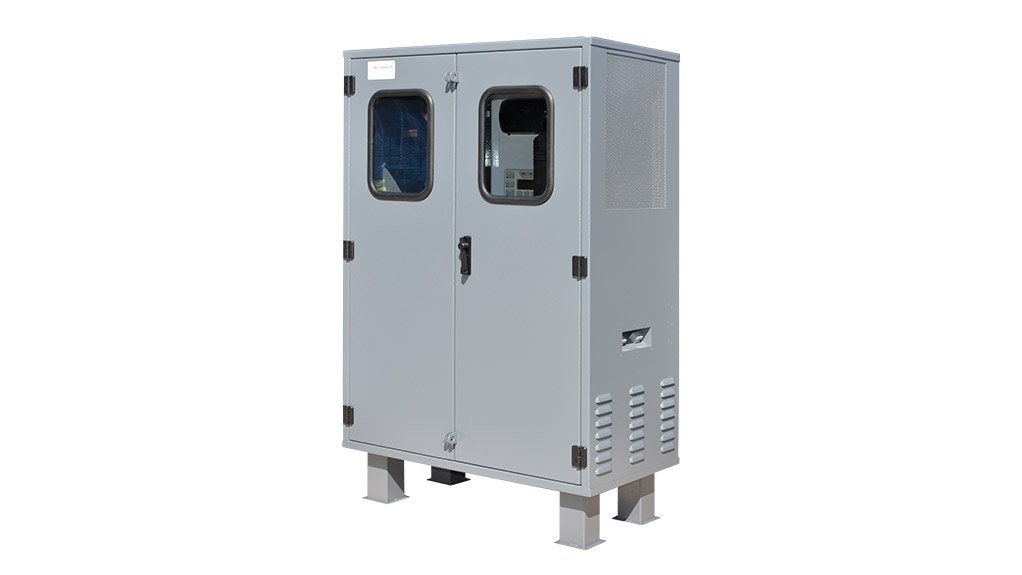 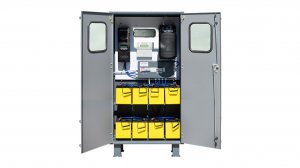 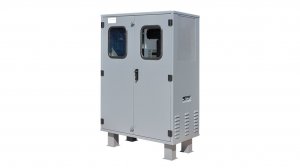 “The systems further consist of optional remote controls, allowing them to be monitored and adjusted through the Internet. The units are available in the Elektron model, which has four fully sealed deep-cycle rechargeable AGM + Gel VRLA hybrid solar batteries, or the Magnox model, which has eight of the identical batteries as the Elektron,” he adds.

According to Ruthven, the batteries have an eight- to ten-year design life span when used purely for backup applications and up to 4 200 cycles at 20% depth of discharge.

The units can be supplied with six 260 W panels or twelve 250 W panels, as well as nine copper/indium/selenide (CIS) 170 W solar panels or eighteen CIS 170 W solar panels. The steel cabinets have a feature that allows them to be bolted against a wall and include provision for three padlocks for added security.

Ruthven adds that the Compact Solar Systems were originally designed to be used as either a primary or a backup source of power for schools and hospitals in rural areas; however, as the cabinets are sturdily built and lockable, they have also proven to be popular for home and business applications.

“These systems can function completely off-grid, meaning that they can be the primary source of power. They are equipped with input connectors that can be connected to external sources of power, such as generators or mains (municipal power),” he explains.

The vented structures of the Compact Solar Systems are verminproof and the cabinet is raised off the ground to prevent water ingress.