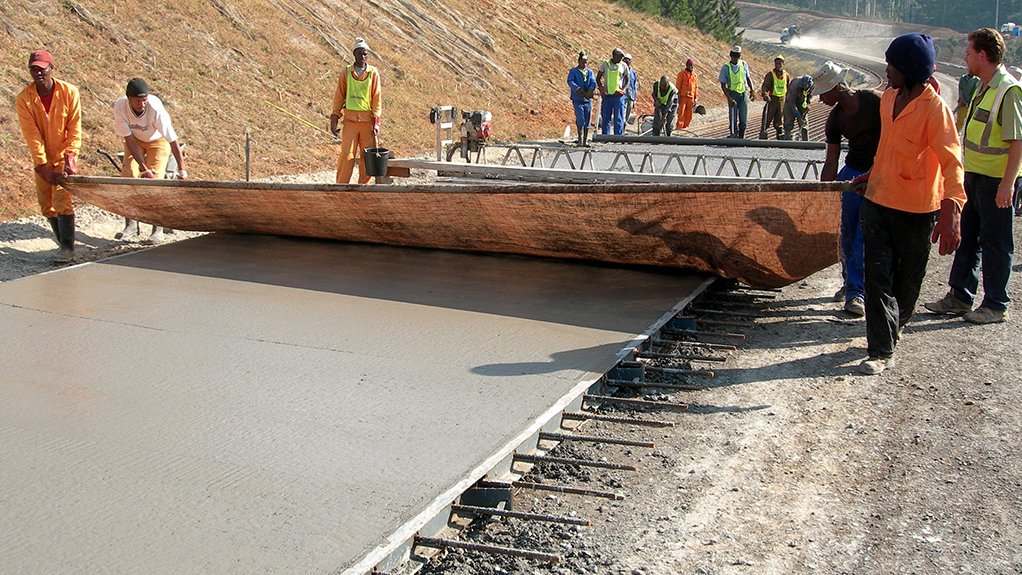 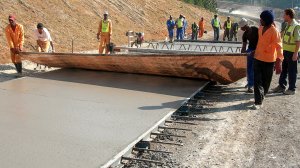 The Tshwane municipality is the only municipality in the country to have pursued the use of ultrathin reinforced concrete pavements (UTRCPs) specifically for roads in townships since it stated its intention to do so in 2010, says Council for Scientific and Industrial Research (CSIR) project consultant Rafeek Louw.

The 50-mm-thick UTRCPs, which were developed by CSIR consultant Adrian Bergh, comprise concrete and steel reinforcing, supported by a strong base material from beneath.

Bergh explains that building ultrathin concrete roads is ideal for roads that accommodate low traffic volumes and could therefore be useful in rural areas.

However, Louw also believes that UTRCP has a place in the future of road construction.

Initially, the ultrathin concrete was tested in Roodekrans, Gauteng on a quarry, as well as in Mthatha, Eastern Cape. Louw explains that quarry roads were used because an exact measure of the quantity, weight and specifications of the vehicles passing on the road could be obtained.

During the testing in Roode-krans and Mthatha, the durability of the roads was tested using a heavy vehicle simulator developed by the CSIR and concrete pavement software developed by The Concrete Institute (TCI).

Once the CSIR had calculated that a UTRCP can last for over 20 years, it teamed up with TCI in 2010, as well as various regional municipalities, consulting engineers and construction companies, to deliver three roads, each about 1.2 km long, to Soshanguve, Mamelodi and Atteridgeville.

He enthuses that the roads in the area were perfect for their application, owing to their low traffic volume. He adds that they remain in good condition, having undergone no maintenance in the last five years.

Meanwhile, Louw highlights the need to place steel reinforcing – which is 5 mm thick – right in the middle of the 50 mm concrete layer as a particularly challenging aspect of building UTRCPs.

He notes, however, that the roads were built economically and labour intensively, with the goal to create meaningful employment.

TCI MD Bryan Perrie states that one of the benefits of building concrete roads in a country with high levels of unskilled labour is that it requires limited machinery and can therefore create many low-skilled jobs.

Perrie explains that concrete roads typically cost more to build but their longevity makes up for their higher initial cost.

He further notes that concrete is being used to upgrade existing roads, including parts of the N3 between Durban and Pietermaritzburg.

Perrie explains to Engineering News that TCI endorses a composite approach to building roads, as both concrete and asphalt have benefits. For example, concrete should be used for the slow lane of a highway, or where there is a steep gradient, while asphalt could be considered more useful on other parts, Perrie avers.

Concrete strip roads, which are laid as wheel tracks, are mostly built to avoid mud where there is an existing dirt track.

Perrie adds that concrete strip roads affect the environment less, allowing for growth between the strips without requiring much excavation.

Like other forms of concrete pavement, concrete strip roads require very limited equipment and can be built labour intensively, says Perrie. He notes that the only equipment necessary are the shutters to form the strips, adding that, if the concrete is correctly designed, no poker vibrators are needed and the concrete can be hand-tamped.

In addition, laying the strip roads can be done in short timeframes, when workers are available.

Perrie explains that, in Zimbabwe, asphalt strips were extensively used in the past. He adds that most of the concrete strip builds that he is aware of are privately conducted and that he is unaware of any government projects that have commissioned concrete strip roads.

Perrie notes, however, that TCI has consulted on some concrete strip builds, including the installation of hand-built strips for an ecologically sensitive area in Dullstroom, Mpumalanga, and an 18 km stretch of concrete strip road in an upmarket estate in Pezula, Eastern Cape, which has been used to help retain the environment in a forested area.