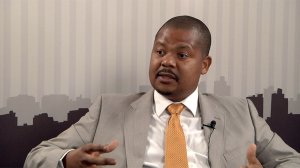 Sener’s Southern Africa regional MD Siyabonga Mbanjwa discusses the importance of solar energy, as well as current projects the company is working on.

Global private engineering and technology company Sener and its engineering, procurement and construction (EPC) partners, Emvelo and Cobra, are scheduled to complete the EPC of the 100 MW Ilanga solar thermal power plant, near Upington, in the Northern Cape, at the end of 2018.

The company believes that the estimated R194-billion that has already been invested as a result of the Renewable Energy Independent Power Producer Procurement Programme (REIPPPP), which is expected to increase to over R255-billion on financial close of projects in Bid Windows 4 and 4.5, is evidence that the REIPPPP has been quite successful.

Sener has already made a significant contribution to the REIPPPP through the 50 MW Bokpoort concentrated solar power plant, located near Groblershoop, in the Northern Cape, which was completed in 2016. The Bokpoort project, which was recently awarded the 2016 Best Renewable Energy Project award by the South African Energy Association set an African record for continuously supplying electricity for 24 hours a day. Owing to this, it is considered a pioneer in South Africa’s renewable-energy sector in addition to its contribution to socioeconomic development.

“The REIPPPP has, to date, been one of the most successful IPP programmes in the renewables space globally, which has triggered interest from foreign renewable- energy companies to invest in South Africa,” says Sener Southern Africa regional MD Siyabonga Mbanjwa.

Engineering News reported last month that Sener had also secured a contract for the construction of the 100 MW Kathu solar project, in the Northern Cape. Construction on this project is currently in progress and will be completed in December 2018.

Based on its success on a project like Bokpoort and the success of the REIPPPP, Sener decided to establish a more permanent base in South Africa. The company says it works closely with local municipalities to assist in identifying employment and small and medium-sized enterprise opportunities for local communities where it operates.

“We always strive to ensure that we make an impact on the communities in which we work,” says Mbanjwa.

Sener estimates that the Kathu project will create about 1 200 jobs. The company has exceeded its target to allocate a minimum of 20% of these jobs to the John Taolo Gaetsewe district municipality.

The company is also aiming to partner with educational institutions that can assist with skills development to ensure skills transfer to the local community.

Mbanjwa tells Engineering News that the company is constantly conducting research and development to make plants more efficient and to ensure that cost optimisation is achieved. As an example, it has readapted its patented technology – SENERtrough2 – to better suit local conditions.

Designed and customised by Sener, SENERtrough2 is a type of solar thermal collector lined with a polished metal mirror. The energy of sunlight which enters the mirror parallel to its plane of symmetry is focused along the focal line, where objects intended to be heated are positioned.

SENERtrough2 is being used in the Kathu project. The company highlights that manufacturing the different components of the adapted troughs is a work in progress – although the metallic structure can easily be manufactured locally, there are not any manufacturers locally that can produce for the curved-mirror component to specifications yet.

“We definitely want to ensure that we contribute quite significantly in terms of South Africa’s vision for 2030, as defined the National Development Plan and the Integrated Resource Plan (IRP),” maintains Mbanjwa, adding that the IRP is currently being updated.

He points out that, in order to achieve further cost reductions and improve efficiencies in renewable-energy technology, Sener believes that the development of a central tower with molten salts as a storage system would be the next natural phase of development of renewable energy in South Africa.

One of the projects which Sener has completed using this technology is Gemasolar, in the south of Spain, which is the world’s first commercial-scale central receiver tower technology that works along with a high-temperature molten salt storage system.

The 19.9 MW plant can produce electricity without sunlight for 15 hours. The successes of this project are now being applied on Nooro III, a 150 MW central tower technology project with the same storage system in Morocco, which stores and dispatches energy after sunset. This helps clients especially during peak hours of electricity use.

Mbanjwa explains that one of Eskom’s recent concerns regarding renewable energy is that renewables are unable to supply it with electricity at peak times, such as in the late afternoons and evenings when the utility needs electricity the most.

He, however, states that the plants that Sener designs and builds (which currently exceed 29 plants globally), use a molten salt heat storage system that makes it possible to generate power continuously, reliably, flexibly and sustainably, even in the absence of solar radiation.

Therefore, the big difference when using concentrated solar power is that it should continue producing power, even in the evenings, he concludes.