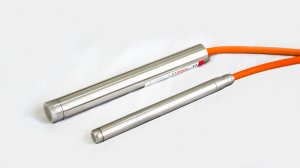 The installation of South Africa’s first Slimline vibrating wire piezometer, which is distributed by geotechnical service provider GeoGroup, is set to take place when the current Covid-19 lockdown regulations allow.

The company says the piezometer will be instrumental in ensuring accurate tailings dam monitoring across the facilities at which it will be installed.

GeoGroup operations director Grant Rijsmus tells Engineering News that once the tailings dams are established the only way to control and reduce their risk is to monitor the weight of the water in the slops which is done by pore water measurements in the phreatic surface.

This will enable engineers to identify any possible points of the tailings facility that are under added stress: “The piezometer forms part of the overall geotechnical instrumentation on the tailings facility, which, when used with other testing and calibration methods, allow for early detection of possible faults,” he adds.

Although a normal-diameter vibrating wire piezometer has been developed and implemented at many facilities, a solution was needed to automate the 25 mm standpipe piezometers on the tailings that were manually read with a dip meter.

Rijsmus points out that the development of the Slimline vibrating wire piezometer made this automation possible.

The Slimline vibrating wire piezometer is designed so that a change in pressure on the diaphragm causes a change in tension of the wire. An electromagnetic coil is used to stimulate the wire, which then vibrates at its natural frequency.

The vibration of the wire in the proximity of the coil generates a frequency signal that is transmitted to the readout device. The readout or data logger stores the readings in hertz.

The calibration factors that are supplied for each instrument are then applied to the readings to arrive at a pressure in engineering units.

Prior to the installation of a wire piezometer a cone penetration test (CPTu) is conducted on site.

The acquisition system, or probe, used to conduct the CPTu is advance using a special rig applying 200 kN on the probe which takes four parameters while progressing.

These parameters include tip resistance, sleeve friction, pore water pressure as well as the ground temperature. The acquisition system also captures the tilt via an inclinometer built into the probe and the rate of advancement.

All the above is captured at 1 cm intervals.

Subsequent to the CPTu test the engineers will be able to gauge where the piezometer should be placed to gain the most accurate readings on the tailings facility from the information acquired.

Further, a plasma surge arrestor is installed at the back of the steel wire, suppressing any electrical interference and power surges. A thermistor – a resistor whose resistance depends on temperature – is also installed and this information is used to calculate the thermal factor.

All information is collected by the Geosense system, offered by GeoGroup, and fully integrable with a client's current systems. The software is provided free of charge with the dataloggers.

Training is provided for clients on how to use the software and for the general maintenance of the data loggers, which includes battery changes.

Rijsmus concludes that the piezometers can be run equally well on battery or solar photovoltaic power.