N2 rehabilitation project to be completed end of this year

N2 rehabilitation project to be completed end of this year 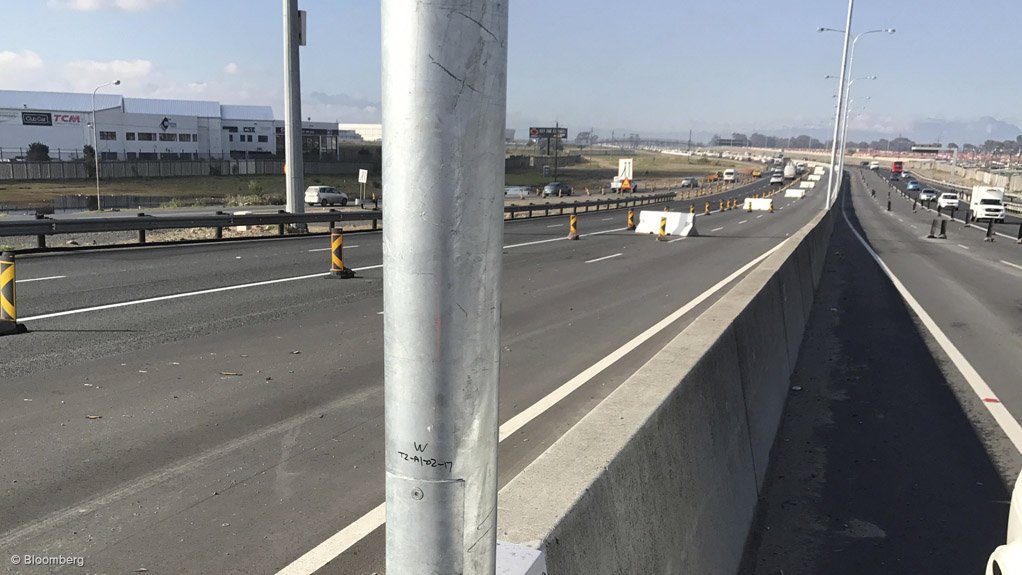 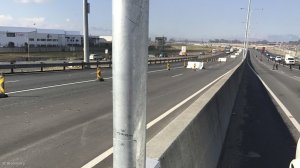 LIGHTING THE WAY The upgrade will provide better ride quality, safety and visibility

The rehabilitation of 7 km of the N2 between Borcherds Quarry road (M22) and the R300, and the addition of a third lane in both directions, will be completed by the end this year, under the Western Cape Department of Transport and Public Works (WCDTPW).

The rehabilitation project, which cost about R206-million, began in January 2016 and is about 4 km from the Borcherds Quarry road bridge to the Swartklip Interchange (R300), on both sides of the N2 (inbound and outbound carriageways).

The second phase of the project – the construction of a bridge and interchange from Eisleben road onto the N2 – is in the planning phase.

Cape Town-based civil engineering company HHO Consulting Engineers representative Kenneth Laatz, further adds that new street lighting has been installed to improve the illumination of Phase 1’s portion on the N2, with final riding surfacing to improve drainage and skid resistance scheduled for completion by the end of this year. This will include new lane markings and road signage.

Traffic will continue to be restricted to two lanes on the inbound and outbound roadways until completion of the project.

Further to this, Western Cape government contract engineer Neil Cocks explains that, once completed, the upgrade will provide better ride quality, safety and visibility for the 82 000 vehicles that travel on this section of the N2 daily.

“The carrying capacity of the road will be improved with an extra lane on each side. This will benefit high-capacity buses and taxis in particular, because the right-hand lane is designated as a dedicated bus lane during peak periods,” he notes.

Laatz says many people have benefited directly from the short-term employment and skills training opportunities that the project has delivered.

Contract expenditure to date is R19.5-million for targeted enterprises, with about 22 300 person working days having been created to date for people residing in the City of Cape Town municipal area.

He further enthuses that local emerging contractors were given the opportunity – formally by construction company Power Construction – to participate in a competitive tender for a small portion of the company’s works, done successfully under the mentorship of Power Construction.

Other short-term employment opportunities were created by the laboratory service provider SGS. “This on-site laboratory employed and trained local labour as material testers. Some of these candidates have progressed to be fully employed,” Laatz enthuses.

Laatz adds that community liaison officers (CLOs) were also employed on a short-term basis. Once people were identified by the local ward councillors and interviews conducted, the CLOs were used to facilitate the employment of the local community. “The success of accommodating the road users can largely be attributed to the committed and well-managed team of local labour employed for this purpose. They were involved in the dynamics of changing and reconfiguring, maintaining and cleaning of the project work area, as well as the continual replacement of temporary signage that had either been stolen or needed to be moved during the project,” he enthuses.

Training was organised for the emerging contractor in the following skills: managing human resources, health and safety representation as well as the principles of quality control, construction management and tendering.

Another development initiative, he adds, was to provide an opportunity for the locally employed individuals on the project to obtain learner’s and driver’s licences.

Although safety and security will often be an issue for contractors and road users on a project such as this one, these issues were mitigated and managed through cooperation between the community, the WCDTPW and HHO Consulting Engineers, Laatz concludes.