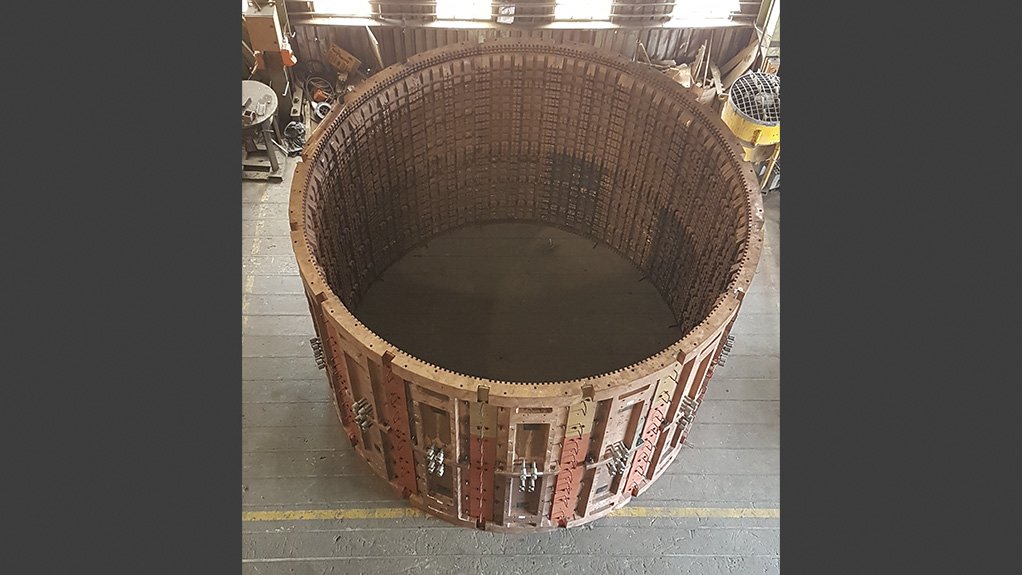 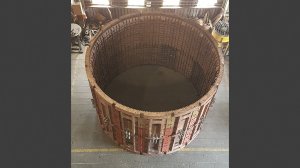 The installation of the refractory by Thos Begbie is also under way, with the assistance of refractory specialists. The project is set to be concluded by June.

After an explosion at the Amplats ACP in February last year, one of the furnaces was deemed irreparable. Consequently, Thos Begbie was contracted to manufacture the components required for a rebuild.

Thos Begbie sales engineer Esli Bantjes explains that, in line with the manufacture of the Phase A designs, it was decided to rebuild the Phase B converter as an exact replica of the Phase A converter.

“This would enable Amplats to order future running spares and use them on both converter furnaces,” he adds.

Meanwhile, Thos Begbie is also rebuilding a furnace at multinational mining major BHP’s Roxby Downs operations, in Australia. Thos Begbie was contracted for the manufacture and supply of two packages.

“We started the manufacturing of the first package in March last year and the final components were dispatched by the end of December. We are executing the second package that is set for completion by mid-May,” Bantjes says.

He tells Engineering News that the components supplied in the first package were all part of the original design and would merely serve as replacement elements.

However, the second package contains improved elements and additional designed components “to improve areas of concern where the furnace did not perform as it should have under the previous design and to increase the output of copper supply,” Bantjes explains.

The raw copper material required for the Amplats and BHP projects is more than 80 000 kg.

He adds that the BHP rebuild comes on the back of increased demand for copper, as a result of increasing dependence on electrical devices globally.

“BHP operated its furnace in line with the rebuild conducted in 2017 – for which Thos Begbie was also contracted to supply the pyrometallurgical components – and the need to expand its output was imminent.”

Bantjes claims that it is the first time that such unique designs are used for both projects in the respective industries of platinum and copper.

“The designs were well thought through and simulated by the engineers of the independent design houses before they were issued for construction. The end result, however, can be determined only at the end of a campaign life, which could be anything between six and ten years,” Bantjes says.

To achieve this, Thos Begbie uses advanced casting simulation and machining simulation programs to reproduce what has been designed on computer-aided design programs by design houses.