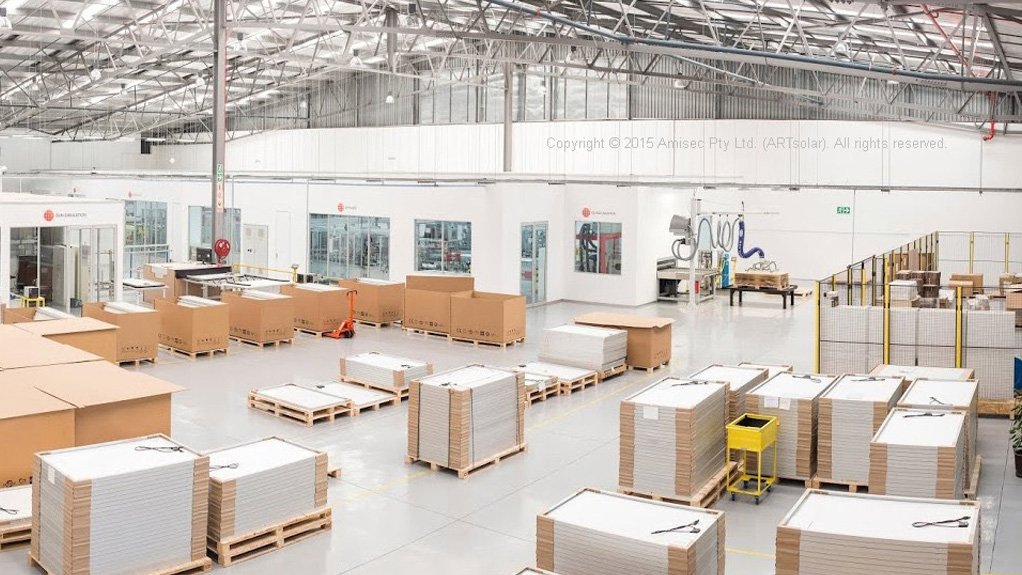 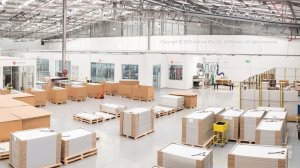 “These PV modules were manufactured for the Mulilo Sonnedix Prieska PV solar plant project, in the Northern Cape. This plant will supply the electricity it produces to the electricity-generating Eskom Kronos substation, in the Northern Cape. It is the first 75 MW ac-size REIPPPP project to have PV modules produced by a South African-owned company,” says ARTsolar director Derek Lawrence.

ARTsolar implemented an expansion pro-gramme to meet production requirements of this project after winning the bid in the first quarter of 2015, he explains. It made an investment in new machinery and increased the total floor space of the New Germany plant in Durban, in KwaZulu-Natal, from 3 500 m2 to 10 000 m2. The single-day-shift operation was increased to a 24-hour/six-day schedule and the team increased to 200 staff.

“We are proud to be the first locally owned solar PV module manufacturer to have been awarded manufacturing duties for the REIPPPP. Although ARTsolar’s operation has grown significantly through this project, challenges remain for local PV manufacturers outside the REIPPPP because of financial instability,” he says.

Local industry is struggling to adapt to the ‘stop-start’ nature of REIPPPP projects, which have extended inactive manufacturing periods between contracts, he explains. This situation requires assistance from the Industrial Development Corporation and the Department of Trade and Industry. Unlike solar water heaters, the local PV module-manufacturing sector is not protected by locally designated modules outside the REIPPPP.

“We expect to operate at our pre-expansion capacity, while escalating our penetration of the local and sub-Saharan Africa market in anticipation of once more participating in the REIPPPP later in the year,” says Lawrence.

Engineering News reported last month that the successes of the REIPPPP have been notable. International law firm Macfarlanes partner and energy lawyer Scott Brodsky says that the REIPPPP has been a success, spurring investment into not only South Africa’s energy sector but also the broader region.

“The effect of load-shedding on life, on businesses and the wider economies is devastating. Although South Africa is having temporary respite from load-shedding, some countries in the region are experiencing 12 to 16 hours a day with no electricity. “The good news is that independent power producers (IPPs) are helping tremendously and the need for new power generation has translated into significant new opportunities,” says Brodsky.

Macfarlanes has power and energy specialists based in its offices in Johannesburg, in South Africa, and London, in England. It is currently advising on energy projects throughout Africa, including in South Africa, Namibia, Zambia and Mozambique. The success story of South Africa’s renewable-energy programme is evident when the figures are viewed.

“The REIPPP – which was launched in 2011– is bringing about a tangible transformation to South Arica’s power sector and the economic and physical landscapes. “The competitive bidding approach clearly demonstrates that renewable-energy options, and specifically onshore wind and solar PV power, can already be delivered at lower costs in energy terms than newly built fossil fuel solutions,” concludes Coetzee.