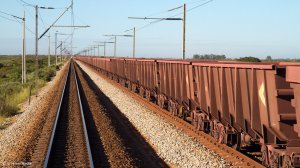 To enable South Africa’s mining and resources sector to remain competitive, it is imperative the country pursues a safe, competitive, responsible, integrated and intelligent heavy haul system, powered by rail 4.0, by 2030.

This was emphasised by industry organisation the South African Heavy Haul Association (SAHHA) chairperson Brian Monakali, speaking during the first day of the SAHHA 2022 conference on August 2.

He explained that South Africa needed to be competitive in terms of its mining industry and resources, and to do so, needed to move hauling from road to rail.

Moreover, this requires a value chain system that accommodates this, to ensure that mining companies stay in the country and do not defer to competing countries where rail is more cost effective.

Monakali said that key to achieving this would be technology and innovation. He added that with capital being scarce, there was a need to use limited resources safely and efficiently, to engender maximum benefits.

Therefore, he said there needed to be an integrated approach from the hauling industry in terms of technical advancement, operations planning and execution.

Monakali lauded the conference as an “important occasion”, as it considered the completion of the value chain by including mines and ports, with SAHHA launching a new scope.

He informed that this was the outcome of a conference held in Norway in 2019, where a key lever that was identified for the sector moving forward was the value chain.

Moreover, he said the conference formed part of endeavours to ensure stakeholders planned and worked together.

Expanding on the vision for 2030, Monakali said integration was essential.

He added that it was important that the rail industry strive for no derailments or safety incidents and for the industry to identify potential infrastructure failures before they occur and take steps to fix the infrastructure quickly.

With regard to sustainability, he said the sector wanted to make full use of the energy forms available to it, as well as to pursue other decarbonisation options.

Operationally, Monakali said trains should be controlled predominantly by technology, with human supervision to ensure it is running properly. This, he said, would ensure safety, as well as more advanced skillsets for labour, while ensuring jobs were not lost to technology.

Monakali also emphasised the need for continued collaboration moving forward, with the conference as one vehicle to drive this.

Also speaking at the conference was Transnet CE Portia Derby, who said the National Rail White Paper was an important first step towards improving the positioning and competitiveness of rail in the economy.

She enthused that there were clear opportunities for growth in overall rail volumes and in rail market shares that could be accessed if the level of investment in rail and associated infrastructure could be raised.

Derby informed that Transnet was aiming, through a series of partnerships, to expand the capacity of key rail market segments, including coal, iron-ore, manganese, chrome and ferrochrome.

Derby explained that a key challenge for the entity was that, previously, it had entered into long-term contracts with mining houses, because it needed access to private investment owing to a lack of capital.

However, she said exclusion would be created if the entity continued in this vein, with emerging miners unable to get access to the heavy haulage system.

This, she noted, went against the inclusive economy that was being aimed for.

Derby noted that track expansion needed to be funded by government as well, to prevent this. Transnet was also reviewing the length of contracts, she indicated.

Derby said the system was moving in the right direction, but she stressed that this had to be dealt with appropriately and sustainably, to ensure that those with entrenched jobs in the sector were not left behind.