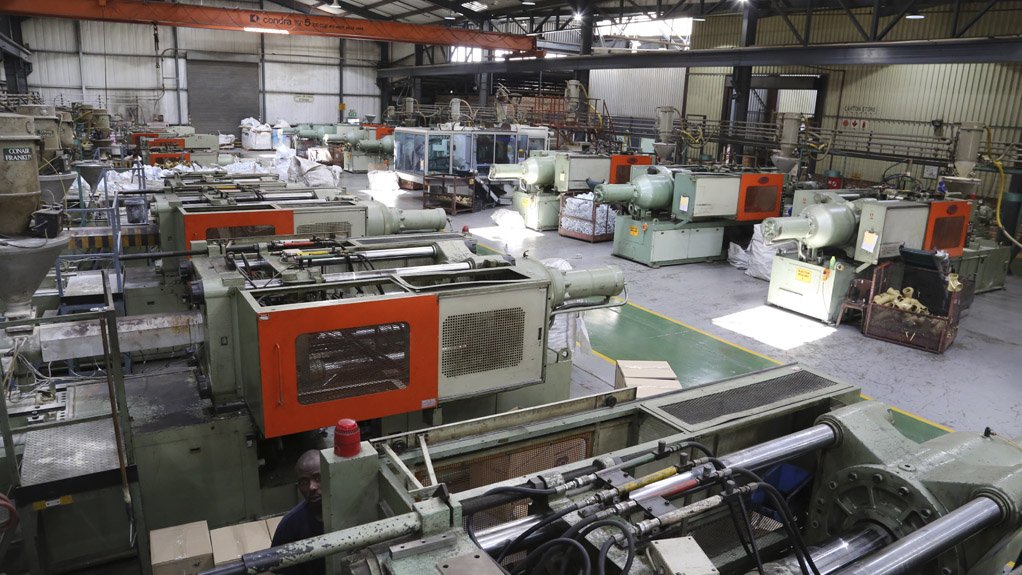 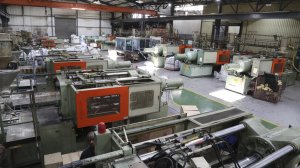 OFF LINE Over the past five to ten years, the local plastics industry has stagnated, hovering between producing 1.3-million tons and 1.4-million tons of virgin material a year

Plastics SA chairperson Bernhard Mahl describes real growth as “thousands of tons of plastic, polymers and resin converted”. He notes that, globally, where there has been growth, industry growth is measured by virgin material consumption, and we do not see the same growth in South Africa when looking at virgin material consumption. By adding the volumes of postconsumer waste recycled, the growth seems slightly better.

“The truth is that the industry has stagnated,” he declares.

“The global plastics industry grows at 3%, but local industry has grown between 0% and 1%, in line with the South African economy. The country’s gross domestic product (GDP) is growing disproportionally less than the popu- lation growth. Our industry, on a per capita basis, is basically shrinking.”

Plastics SA executive director Anton Hanekom elaborates that, over the past ten years, per capita consumption of plastics has been about 27 kg per head. This is in stark contrast to Western Europe and North America, where per capita consumption is about 80 kg per head. “We’re seeing consistent volumes produced, but the per capita market is stagnant. As a result of the relatively small market locally and the amount of imports, industry isn’t receiving the necessary . . . revenue or investment to flourish.”

Mahl says that, while this stagnation is partially attributed to the country’s current economic situation, he also believes that the industry has to become more outward-looking, specifically in terms of opportunities.

He states that sub-Saharan Africa should be regarded as a huge opportunity for South African converters, as per capita plastics consumption for the region is only between 5 kg and 10 kg. Further, South African converters cannot compete with developed countries because of their technological advantage nor with developing Asian countries because of their price advantage.

“However, we are in the unique position of understanding the challenges we face on the African continent and, thus, we must push ourselves to find innovative solutions for the African environment,” Mahl suggests.

He concedes that there are challenges, including geographical, political and linguistic barriers, when attempting to expand into Africa, but asserts that all that is required is “a little lateral thinking”.

He cites a recent report by Western Euro- pean plastics body Plastics Europe, which states that 40% of all food produced in developing nations is spoilt before reaching the market as a result of inadequate storage during transportation. Meaningful innovation would be a converter, developing a material configuration that would result in mitigating this percentage of food being spoiled.

Hanekom adds that Africa’s population is expected to increase to about 2.4-billion by 2050 and that the continent’s collective GDP contribution has already eclipsed $2-trillion, despite the relatively poor economies of countries on the continent. Therefore, Africa, especially sub- Saharan Africa, represents a growing market that converters should attempt to exploit.

He notes that the plastics industry has to “look for opportunities, and build, develop and invest in new technologies, products and ideas”. Hanekom adds that industry, and South Africa, have lost their inventive spirit and suggests that there needs to be renewed emphasis on research and development (R&D).

He points out that the best time to invest in R&D or capital expenditure projects is during periods of downturn to capitalise on the upswing, while Mahl notes that “upstream development is a catalyst for further growth downstream”.

The chemicals and petrochemicals industry produces the raw materials for plastics; besides the involvement of petrochemicals giant Sasol, there have been no major investments or developments in this sector and, as a result, no movement downstream in plastics, he explains.

Hanekom states that the biggest markets for plastics remain packaging, construction and the automotive industries. He explains: “We have a well-developed packaging sector. About 53% of the local plastics industry is focused on packaging.”

Globally, the packaging sector comprises about 39% of the plastics market, but, locally, many of the other offset areas for plastic are not as fully developed, resulting in the importing of goods such as medical devices, toys, sports equipment and other consumer products.

He notes that it is currently not viable to consider manufacturing these products because of the cost of importing raw materials not locally produced. Additionally, the market for these products is comparatively small and, unless government, specifically the Department of Trade and Industry (DTI), incentivises the local procurement of these products, it would remain unfeasible.

However, Hanekom states that Plastics SA is involved in ongoing engagements with the DTI in terms of designating some medical devices, such as syringes, for local procurement, specifically from the Department of Health and public hospitals. Industry support through public–private partnerships is one of Plastics SA’s key initiatives

Industry body Plastics SA is one of the responsible organisations that have signed on to eliminate waste, such as paper, plastic and glass, at landfills. This forms part of its Zero Plastics to Landfill 2030 initiative.

Plastics SA has been part of a concerted awareness programme that attempts to increase consumer education regarding the safety, quality and effectiveness of using goods manufactured from recycled plastics while encouraging households to recycle certain types of waste.

Other initiatives by Plastics SA include growth through export and import replacement, and innovation and skills development.

The industry body has also developed the Polymer Export Development Programme, and, in addition to an interactive suppliers interface, it also conducts technical missions to specific countries and provides training to ensure that the industry is export-ready.

In terms of innovation and skills development, Plastics SA holds a yearly innovation forum, and has worked with the City of Ekurhuleni and the Gauteng provincial government to develop the Plastic Manufacturing Machine Skills Training Programme, which will be piloted within the next few months.