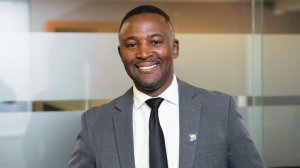 The 11 member countries of the IHHA have joined forces to collectively craft a 2030 vision for the heavy haul industry in light of the potentially disruptive changes associated with the unfolding Fourth Industrial Revolution.

Outlined at the organisation’s 2019 conference in Narvik, Norway, the framework seeks to reinforce the competitiveness of heavy haul rail operators as the lowest-cost and most environmentally sustainable way of transporting bulk commodities, such as iron-ore, coal and manganese.

Outgoing chairperson Brian Monakali says IHHA members have concluded that the best form of defence against the disruption lies in collaboration. The membership of the IHHA includes state-owned and private operators from Australia, Brazil, Canada, China, France, India, Norway, Russia, South Africa, Sweden and the US.

By sharing best practice across regions and businesses, operators believe they will be better equipped to take advantage of the potential efficiency and safety spin-offs associated with the Industry 4.0 solutions beginning to emerge.

Such collaboration will also help identify future research and development priorities in the interest of driving down the costs, boosting safety, enhancing energy efficiency and improving environmental performance.

It is also seen as key to staving off the potential threat posed by developments in the trucking industry; these range from autonomous driving, through to electrification and are raising the competitiveness of potential alternatives to heavy haul railways.

“At the 2017 Cape Town conference, it became clear that the Fourth Industrial Revolution, characterised by artificial intelligence, automation, 3D printing, real-time monitoring, big data analytics and digital solutions, will surely disrupt the railway industry and transform the way the service is provided,” Monakali, who was elected IHHA chairperson at the South African event, explains.

In response, the 40-year-old organisation commissioned a study aimed at providing a global strategic view of ‘Heavy Haul 4.0’ and what such an outcome could mean for customers, operations, rolling stock, infrastructure, energy and the environment, information and human capital.

Monakali believes the heavy haul customer will, in future, demand far greater visibility over their cargo, from point of collection to point of delivery, and will also expect higher levels of service predictability and reliability.

“To deliver on those expectations, operators are going to have to transition to become digital railway companies.”

Data analytics will become a key enabler for higher levels of efficiency, while technologies will also be deployed in an effort to ensure that single trains carry greater volumes and the infrastructure is used optimally.

“By 2030, I expect trains will be able to talk to each other through technology and I also expect that the rolling stock will be in a position to communicate with the infrastructure to gauge the condition of the infrastructure so as to facilitate predictive maintenance and improved reliability.”

The IHHA is also paying attention to what the transition to a digital railway will mean for employees and for the industry’s education and training systems.

“Now that we have developed a common global vision for 2030, the next step is to move towards practical implementation, including through identifying areas of strategic research to be undertaken at various research institutions and universities in the different member countries,” Monakali says.

In Southern Africa, the intention is to follow up on the Narvik conference with a gathering in Johannesburg during 2020, where a programme of action for deploying Heavy Haul 4.0 will be agreed and various practical projects launched.

“Most importantly, I would like to see more collaboration. I would even like to see that best practices being developed in the heavy haul sector are shared with other railway sub-sectors so at to improve the efficiency, safety and the competitiveness of the sector as a whole,” Monakali concludes.