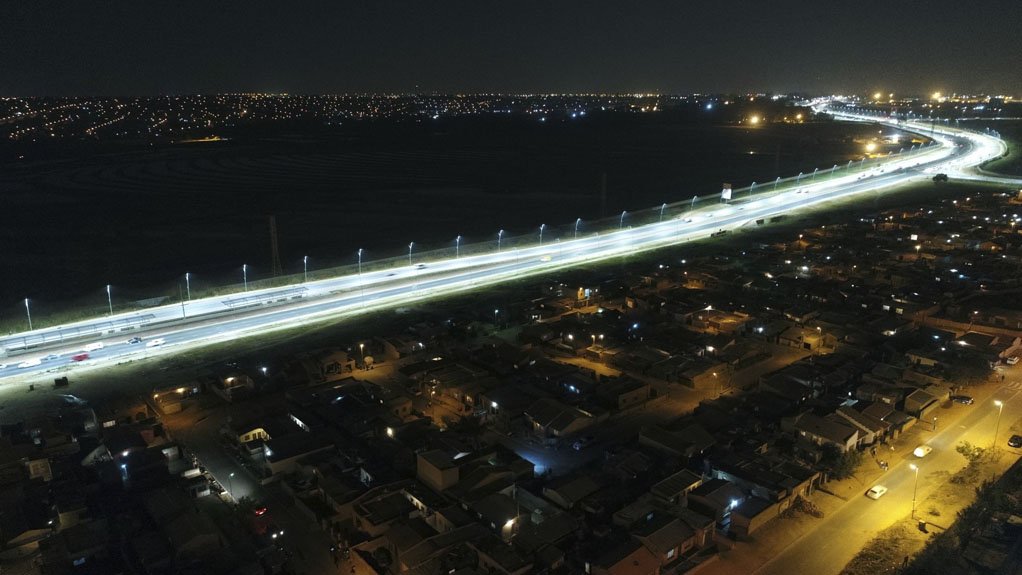 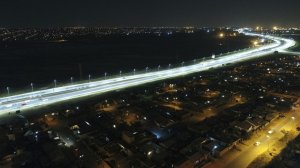 With the UK expecting that all conventional streetlights will be converted to streetlights fitted with light-emitting diodes (LEDs) by 2021, luminaires and glass-fibre- reinforced polyester poles manufacturer BEKA Schréder product development manager Daniel Kasper laments South Africa’s lagging in this conversion rate, although there is a degree of momentum.

Conventional streetlighting technologies are based on high-intensity discharge (HID) lamps, with the most commonly used one the high-pressure sodium lamp (HPS). These emit a yellow type of colour that is presently seen on most roads. The new technology used in modern streetlights is based on LED technology and a white colour of light ranging from warm white light (3 000 K) to cool white light (5 700 K).

Kasper indicates that the LED technology has a substantial impact on the design of the luminaire, which is the reason why LED retrofit lamps inside conventional streetlights would not perform equally to specifically designed LED streetlights. The LED technology also implies that streetlights will be sold as complete products, including all components, with no need to change lamps as with the HID technology.

This LED technology provides improved lighting quality with improved lighting levels and higher uniformities if correctly applied, with the additional benefit of energy savings. It also reduces a city’s ecological footprint, all with a minimum total cost of ownership.

Owing to the colour change, the LED technology also creates the impression of safer roads as objects can be identified earlier and in full colour, which reduces the reaction time for motorists and pedestrians alike, thereby reducing accidents and the crime rate. This has been proven by numerous studies done abroad. Further, it creates a completely new appearance of the road and eventually the city at large.

Kasper points out that, in Europe, cities are quite commonly converting to LED streetlights, with some cities averaging a conversion rate of about 60% or more.

In South Africa, the Western Cape is deploying a large number of these streetlights in its municipal districts, ranging from Cape Town to Swartland and Stellenbosch. Kasper also highlights major successes in the eThekwini municipality, as well as smaller municipalities across the country where these solutions are being implemented.

Feedback from customers and municipalities has generated “very positive responses”, he enthuses, especially concerning the better quality of light, reduced maintenance and the energy-saving aspects.

Kasper notes, however, that LED streetlight solutions are lacking in uptake in the Gauteng municipalities in South Africa. This mostly relates to the lack of tender specifications, which do not include any specifications for this new LED technology.

He urges these municipalities, as well as other customers, to convert to LED streetlights sooner rather than later. “With the world changing to using LED lighting for streetlights, the prevalence of this technology is gradually phasing out old lighting technology. The market for conventional HIDs is reduced, leading to big suppliers cutting their supply chains. Old technology will not be easily available very soon, which will lead to a surge in switching to using the new lighting systems.”

Kasper subsequently encourages, following a pragmatic, pre-emptive approach, as this would allow for a gradual conversion at a consistent pace over several years, properly implemented and budgeted for yearly, rather than scrambling to implement LED lighting and having to incur huge costs in a one-off conversion when the old technology is no longer available.

BEKA Schréder is aiming to spur an uptake among less active municipalities by conducting promotions, advertising and training to educate customers. “The wheels are turning slower in Gauteng, but we are hopeful and continue to push it.”

Another innovation in the field of streetlighting is telemanagement systems, a technology that allows for streetlights to be monitored and controlled remotely from a central server.

This system allows for LEDs to be dimmed easily, switched on and off as required and to adapt easily to external conditions.

The system also manages theft by alerting the customer through an alarm if the lighting is being tampered with.

This is advantageous, because “theft is definitely happening” on nontelemanagement lighting systems, owing to the value of scrap metal aluminium material the luminaire offers, informs Kasper.

He indicates that there is interest from various municipalities to use a telemanagement system in keeping with the global trend towards smart city integration.

For the telemanagement systems, Kasper points to major routes in Gauteng and Tshwane, where the addition of such systems to streetlights represents a big success for the company.

Despite these, he warns that too few customers are undertaking pilot projects. “This is not ideal because it has many benefits, which customers should be capitalising on, but aren’t.”

This may partially be because of the initial high capital cost, but this will be offset by the long-term benefits, Kasper says.

BEKA Schréder is continually striving to reduce the cost of telemanagement systems as much as possible to ensure that it becomes more affordable to clients.