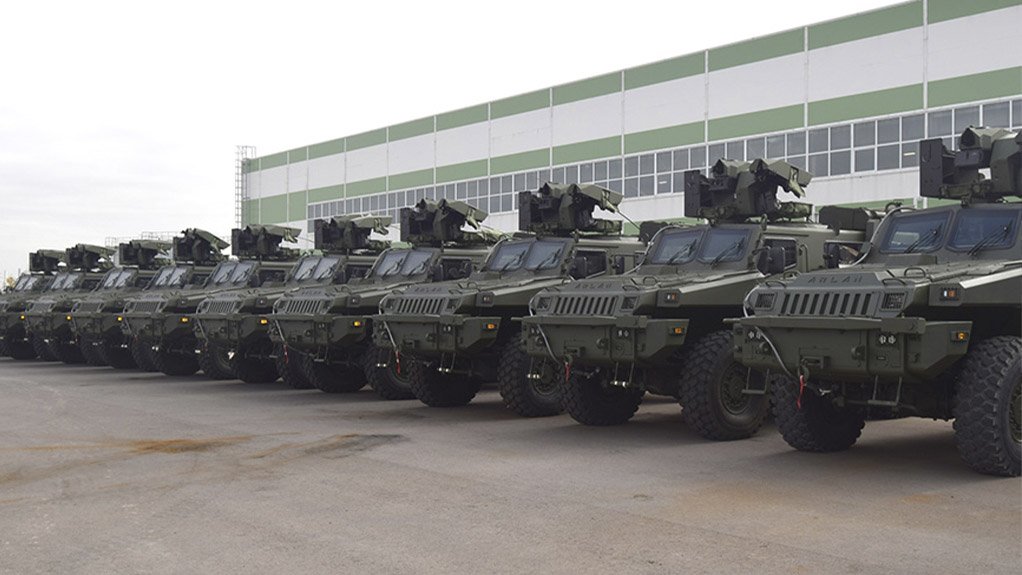 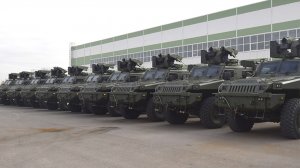 The Kazakhstan-produced Arlan, the winterised variant of Paramount’s Marauder, is a land system platform designed to operate in extreme environments to meet the extensive mission requirements undertaken by Kazakhstan’s armed forces, such as long-range border patrol or quick reaction force operations.

KPE began in-country production of the Arlan in November 2015. Subsequently, the new Arlan vehicle was unveiled at the International Exhibition of Weapons Systems and Military Equipment ‘KADEX 2016’ Defence Expo, held in Astana, Kazakhstan.

The armoured vehicles are characterised by their unique, clean-sheet design, high ballistic protection and adaptability to the harsh conditions of Kazakhstan and the wider region.

These features include preignition engine heating, an outstanding temperature control system that can carry personnel safely and comfortably tolerate temperatures as low as –50 ºC and summer temperatures of up to 50 ºC.

Arlan features include a modular design and double-skin monocoque, V-shaped hull structure, capable of withstanding the debris and dissipating energy of explosions while offering increased protection against mine blasts.

The vehicle provides Stanag 4569 – Level 3 ballistic protection against small arms ammunition and Stanag 4569 levels 3a and 3b blast protection against mine explosions. This entails withstanding mine blasts of 10 kg trinitrotoluene (TNT) beneath its hull, 10 kg TNT beneath any wheel and a 50 kg TNT side blast explosion to protect against roadside bombs and improvised explosive devices (IEDs).

Stanag accreditation is a North Atlantic Treaty Organisation – commonly known as NATO – standardisation agreement covering the standards for the “protection levels for occupants of logistic and light armoured vehicles”. The standard covers strikes from kinetic energy, artillery and IED blasts.

The vehicle is further equipped with radiation, chemicals and biological protection, which can address the challenges of radiation dust spread, gas and/or biological attacks, along with filter-ventilation equipment able to purify the air inside the cabin for several hours.

Despite its advanced protection and the ability to handle up to a 4 500 kg payload, the Arlan offers unique versatility in the field, reaching speeds of up to 120 km/h, while travelling up to a distance of 700 km. The vehicle can ford at 1.2 m while able to climb grades of 60% and side slopes of 35%.

He adds that the portable manufacturing model that the company has pioneered around the world has enhanced indigenous capability, high-skills training and local expertise.