First use of drone for inspection in Namibia

First use of drone for inspection in Namibia 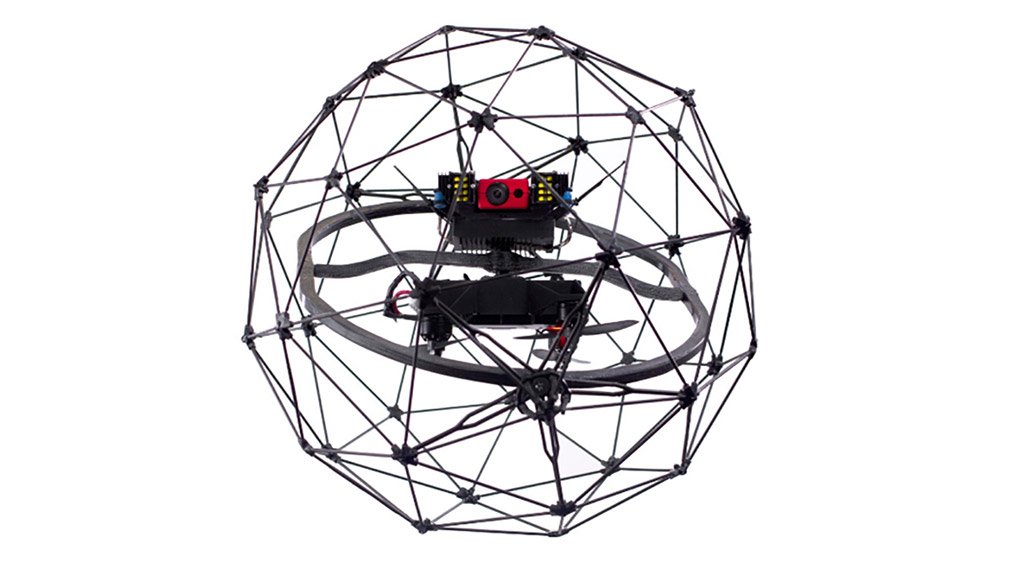 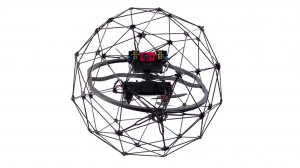 DRONE ZONE As part of its turnkey solution, Skyriders used the Elios drone to conduct a general visual inspection for a client in Namibia

Rope access specialist Skyriders has used a drone to undertake inspection for an undisclosed mining company on its operation in Namibia, marking it the company’s first use of a drone in this regard for an African country outside South Africa.

Skyriders marketing manager Mike Zinn informs Engineering News that Skyriders’ scope of work entailed the inspection of the client’s lead and copper smokestacks and its cooling tower. The drone was used to conduct a general visual inspection to provide recommendations for the client from an engineering perspective, and report on any issues.

The three-day inspection was undertaken in January, and Skyriders used an Elios drone from Swiss-based drone company Flyability. The drone is encased in a carbon-fibre ball that protects it when it collides with walls or objects and enables it to roll to confined spaces or areas that are difficult to access. The ball’s durability has been proven through its use in several challenging environments by Skyriders, says Zinn.

The drone is equipped with its own lighting, a high-definition camera and a thermal camera. It broadcasts a live feed to engineers and clients on the ground, eliminating the need for personnel having to go inside the confined and or difficult to reach spaces.

Following these preliminary results, a further detailed visual inspection and core sampling were undertaken using rope access, as well as hammer testing. The client was “very happy” with the drone’s performance and, based on the results, has issued a repair scope, for which Skyriders is tendering.

Zinn indicates that a challenge of using the drone was the natural draft in the chimneys of the smokestack, which made flying somewhat difficult. However, the collision- tolerant Elios drone mitigated this, as it could withstand the impact of being shifted off-course into walls because of the draft. The company also had to contend with logistical issues, mainly transporting the drone’s batteries on an airplane, as well as rope-access technicians, engineers and drone operators to the remote location of operation in Namibia.

Zinn notes that, while the capital cost for the drone is expensive, including the cost of sending an operator to Switzerland for training and accreditation, it is expected to last for about five years and will be used on a number of projects.

Zinn emphasises the synergy between rope access and drones. He dispels the misconception that using this technology will cause job losses, as the two will be used in conjunction with each another, with drones enhancing, rather than replacing, rope access.

Essentially, for this turnkey solution, Skyriders will conduct an initial inspection for a client using a drone. Thereafter, the company will then conduct detailed follow-up inspections – such as core sampling; hammer testing; UT wall thickness testing; and other non- destructive services – if required, which will be done using rope access. Repair and maintenance will be undertaken, also using rope access, for issues identified from the results. Drones can then be used once again to provide quality control for the work undertaken.

The company aims to expand drone use elsewhere in Africa. Zinn highlights Zambia, where Skyriders is providing rope-access services for the Hilton Group, with the potential for this to be extended to the use of drones for quality control on the con- struction site.