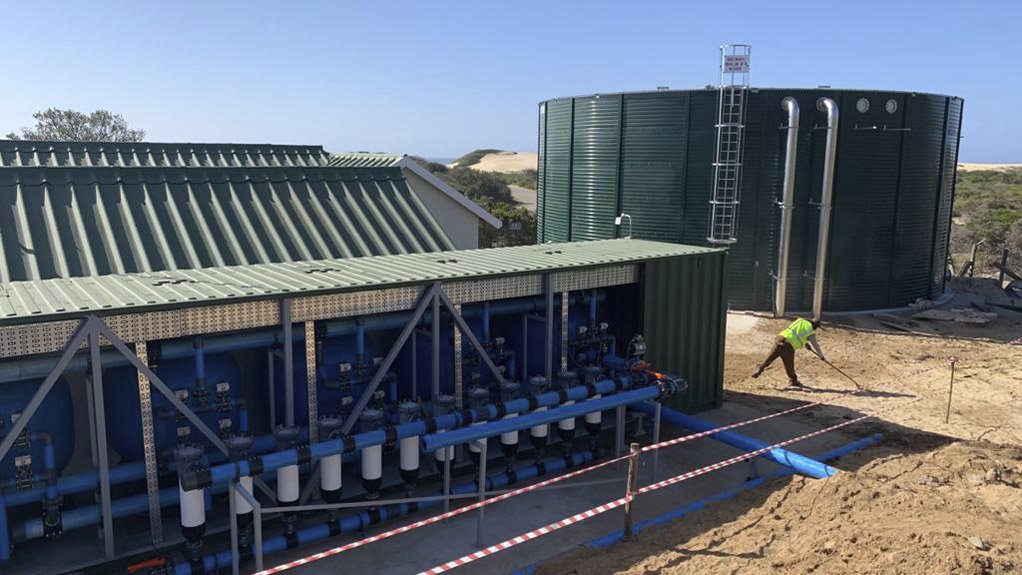 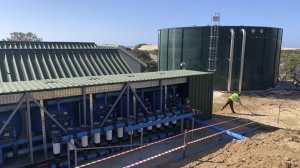 Anticipated increased water demand from the neighbouring seaside resort towns of Bushman’s River Mouth and Kenton-on-Sea necessitated an increase in the raw seawater storage capacity at the Albany Coast Reverse Osmosis Plant. The plant situated 400m from the seashore on the Bushman’s River Mouth, abstracts water from wells for desalination for bulk supplier, Amatola Water/Amanzi Board (Amatola Water).

Numerous challenging factors, such as corrosion risks, positioning, environmental sensitivity, functionality and geology, contributed to several revisions to the original project scope called for by Amatola Water in September 2019.  Constant engagement with the technical stakeholders resulted in the most effective solution, with SBS Tanks appointed by the main contractor Quality Filtration Systems (QFS) to supply the tank, the platform and structural design of the founding structures.

Less than 20 days after the order was received the 1 million litre (1Ml) tank (an SBS Tanks ST21/06) was ready for delivery. This proved challenging due to limited access and necessitated transfer of all components onto a smaller vehicle. Undeterred, the team commenced with installation on the same day and a mere five and half days later, the tank was completed and ready for commissioning.

The plant was officially opened, on 19 December, by the Minister of Water and Sanitation, Lindiwe Sisulu.