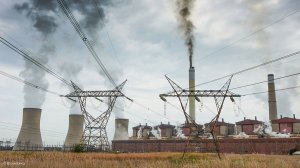 Power utility Eskom on Thursday said it would again implement Stage 6 load-shedding, from 14:00 until midnight, as the unlawful strike by employees continues.

A minimum of Stage 4 will be required continuously over the weekend, the utility added.

"The high levels of staff absenteeism and intimidation of working employees in some of the power stations is still rife. This has made it difficult to conduct routine maintenance and other operational requirements, which will further impact the reliability of generation units.

"Due to the unlawful and unprotected strike, which has caused widespread disruption to Eskom’s power plants, Eskom is still unable to return some generators to service.

"Eskom is compelled to take this unprecedented step to conserve emergency generation capacity to safeguard the power system. There remains a risk that the stage of load-shedding may have to change at any time, depending on the state of the plant," Eskom said.

It noted that there was currently 3 161 MW of capacity on planned maintenance, while another 17 467 MW of capacity was unavailable due to breakdowns.