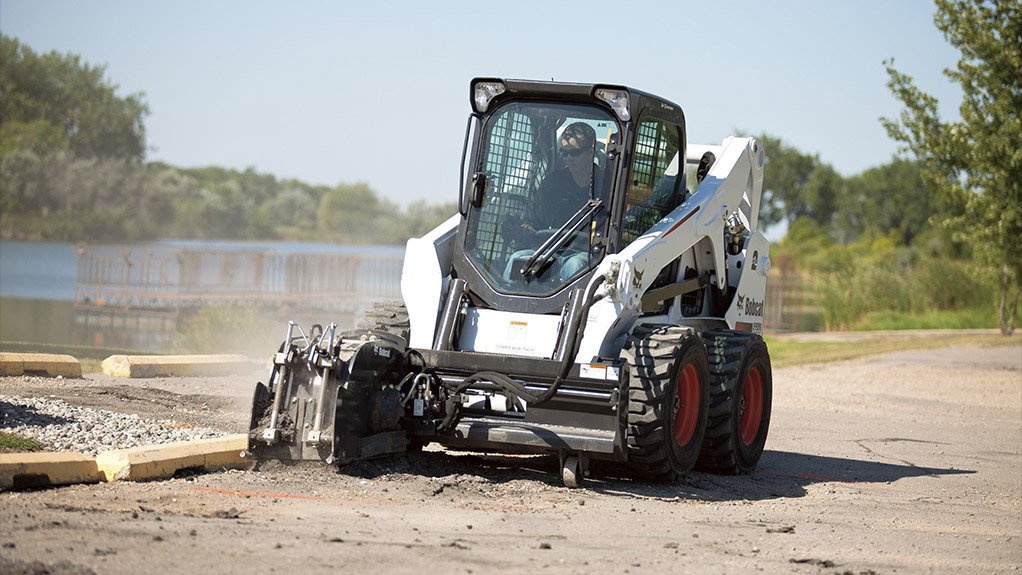 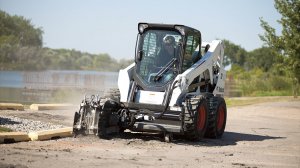 For example, Bobcat supplied an emerging subcontractor company with a wheel saw that was used for cutting concrete along the N3 freeway for drainage in 2017, says Bobcat and SANY brands national operations manager Brian Rachman.

The company has also been involved in an N3TC contract that required it to supply construction and roadwork equipment and machines to the public-sector road management service to be used on upgrades on toll roads in the country.

Rachman emphasises that municipalities tend to outsource a lot of work for road patching and repair projects.

“Bobcat would engage with a subcontractor and, if the contract for the road repair project could justify the cost of the machine, Bobcat would then offer an appropriate machine to the subcontractor for municipal work on roads or highways.”

Rachman highlights that emerging contracting companies tend to hire and rent equipment, as they generally do not have sufficient funds to buy and own expensive equipment used in road-repair projects.

While the economic downturn in the South African economy has negatively affected and resulted in reduced spending in the construction sector and on roads projects, he points out an increase in spending for road infrastructure projects that will pay dividends next year.

Engineering News reported in August that the South African National Roads Agency Limited, or Sanral, announced that major road construction tenders, amounting to in excess of R40-billion in value, will be will come to the market in the next two to three years.

This has reportedly been financed through the infrastructure stimulus package announced by President Cyril Ramaphosa last year.

Rachman reiterates that the company will aim to take advantage of this and supply its equipment to road repairs and rehabilitation projects.

The compact sizes of the Bobcat S650 and S850 skidsteer loaders and Pavijet MG7 mini paver allow for their being used on the sides of roads and highways, where larger machines would not be able to reach.

The equipment would also be supplied with a 610 mm to 1 m planer attachment, as well as a sweeper attachment with a collector bucket. The equipment and attachments are mainly used in the clean-up, drainage and sweeping after the laying of asphalt.

Further, the Bob-Tach system is a multiple tool carrier system that is useful for quickly attaching and removing the different attachments used on the equipment to allow for a more flexible solution.

For example, a bucket could be used for cleaning up materials or for carrying material around on site. The bucket could then be unclipped, after which a 610 mm planer, used to cut the first layer of damaged asphalt up to about 100 mm, can be attached.

A sweeper attachment can be used to sweep away the old asphalt, while the Pavijet MG7 can be used to lay a new layer of asphalt with a paving width range from 0.2 m to 1.9 m. A collector bucket and the sweeper can then be used afterwards to clean up leftover construction materials.

“Where the Bobcat machines, along with the relevant attachments like this would be most useful is with road rehabilitation, particularly for smaller-scale projects; anything from patching to minor resurfacing of patching work, up to about 300 m to 400 m of patching work. That’s where the Bobcat specialises in,” he concludes.