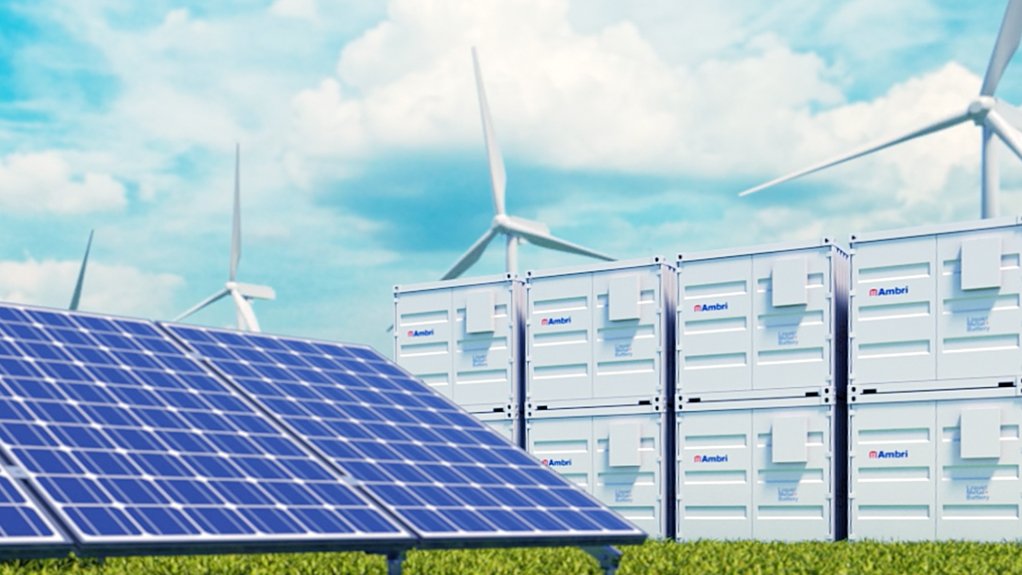 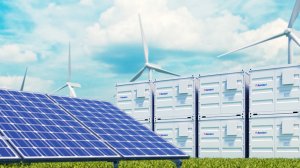 Independent renewable energy company Earth & Wire expects to begin installing its first long-duration energy storage system in South Africa in 2024 after announcing a 300 MW/1 200 MWh order for a battery system from Ambri, of the US.

First deliveries are scheduled for the second quarter of 2024, and implementation, which could be across multiple sites, is expected to involve a capital investment of between R3.5-billion and R4-billion depending on exchange-rate, interest-rate and supply-chain fluctuations.

Earth & Wire’s Thomas Garner tells Engineering News that the preferred site for the hybrid renewables-storage project has been identified close to Somerset East, in the Eastern Cape.

The site is said to be “permitted” and has the potential for about 700 MW of wind and 600 MW of solar photovoltaic capacity.

“There are other options which could support larger metropolitan municipalities to improve their grid stability and reduce the impact of load-shedding as well as variable supply from future renewables.”

Garner says the exact size of the storage component would be determined by the final optimisation of wind and solar and the specific generation profiles of the combined site.

He notes, too, that the battery system is a modular system and could, thus, be deployed across as more locations.

“By deploying Ambri’s technology, we will be able to help manage fluctuations in supply and demand, and work towards providing consistent and responsive electrical power to our customers 24-hours a day,” Garner says.

For the Eastern Cape site, Earth & Wire is gearing up to invest between R25-billion and R30-billion, which includes a 2 GW, 400 kV main transmission substation that will be constructed to connect this project area to the national grid.

Licensing and/or registration with the National Energy Regulator of South Africa will be pursued over the next 12 to 18 months.

“We need to make it clear that we develop projects for the private market at scale and the 100 MW ceiling doesn’t govern our development strategy.

“If we need to apply for a licence for a specific project larger than 100 MW, we will do so,” Garner explains, while confirming the project will be integrated into the Eskom grid.

The company, which recently concluded  power purchase agreements (PPAs) with multiple customers, including a 12-year PPA with Mediclinic, is currently in discussion with various potential private customers and traders for the energy it will be supplying from the Eastern Cape.

“We have large amounts of energy to supply and we are in the process of securing offtake.

“The private market has only started to awaken and we see an increased demand for electricity and an increased level of engagement from the private sector.”

Garner adds its current focus is on energy traders and specific offtakers, such as small industrial companies, smaller mines where the life-of-mine is shorter than 20 years, data centres, and farmers.

“Depending how the municipal market develops, the end game is to supply municipal customers and consumers as well.”