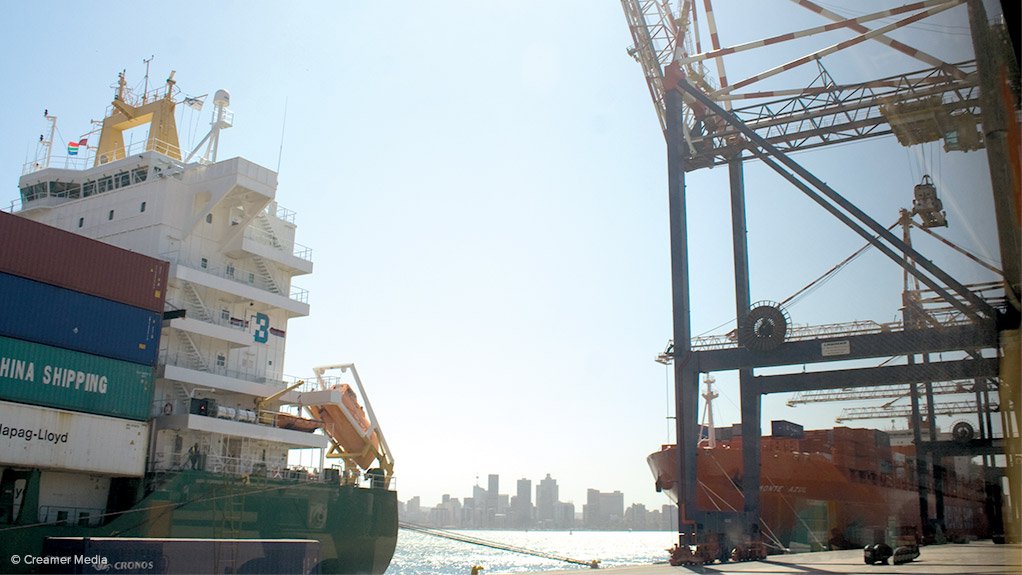 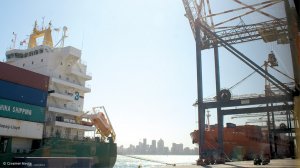 “Ships are coming in, ships are going out and the necessary work is being done by the TNPA to ensure the harbour is in the state where it can be used,” he said, providing an update on operations following the severe weather and rainfall in KwaZulu-Natal last week.

Gordhan said a dredger was on its way from Cape Town to Durban to assist in clearing up the significant amount of debris that washed into the harbour from the harbour’s many tributaries.

Gordhan said that engineers were currently on site and that repair work would be completed within about a month.

He noted that an additional alternate route was also being prepared and would be ready by mid-year, to prevent the port from being inaccessible ever again.

“That's another lesson that we've learned in terms of building in redundancy on our side as far as imports and exports are concerned,” Gordhan explained.

Gordhan said that there was also the issue of the backlog of between 8 000 and 9 000 shipping containers that had accumulated either because staff or trucks could not reach the harbour area.

In terms of rail access, a variety of repairs needed to be conducted in several places along the tracks throughout KwaZulu-Natal following the collapse of rail-bearing embankments and mudslides.

The damage ranged from rails simply being covered with mud and debris, to rails being left hanging and twisted in mid-air and the embankment under it gone. This could take up to eight weeks to repair, Gordhan said.

TNPA Durban port manager Mpumi Dweba told Engineering News & Mining Weekly that, while the rail infrastructure was built to the highest standards, the unprecedented amount of rain really showed that a lot of work needed to be done in terms of making sure the tracks were strengthened and maintained against future possible floods.

She also said the encroachment of illegal settlers onto railway servitudes and sidings had interfered with the drainage systems, worsening the flooding and resulting damage.

“We are continuously doing maintenance on the lines, but it is hampered by access into some areas, but it's something that we're working on,” she said.

Gordhan assured South Africans that fuel supply would not be a concern, following repairs to Transnet's mutliproduct pipeline.

The pipeline,  which feeds fuel in various forms to the inland, was dysfunctional on April 13 owing to “electricity problems”, but was fixed within 24 hours and remains functional, he noted.

“There's no risk of shortage as far as fuel is concerned. The pipeline is functional. The movement of petrochemicals is taking place,” he said.

He explained that the focus would now shift from the port, where there had been "considerable progress", to the problem of maintaining the supply chain and transport logistics systems between KwaZulu-Natal and other parts of the country.

"I think the road transport network appears to be sufficiently robust, but we'll be looking at a range of options in the next while,” Gordhan said.