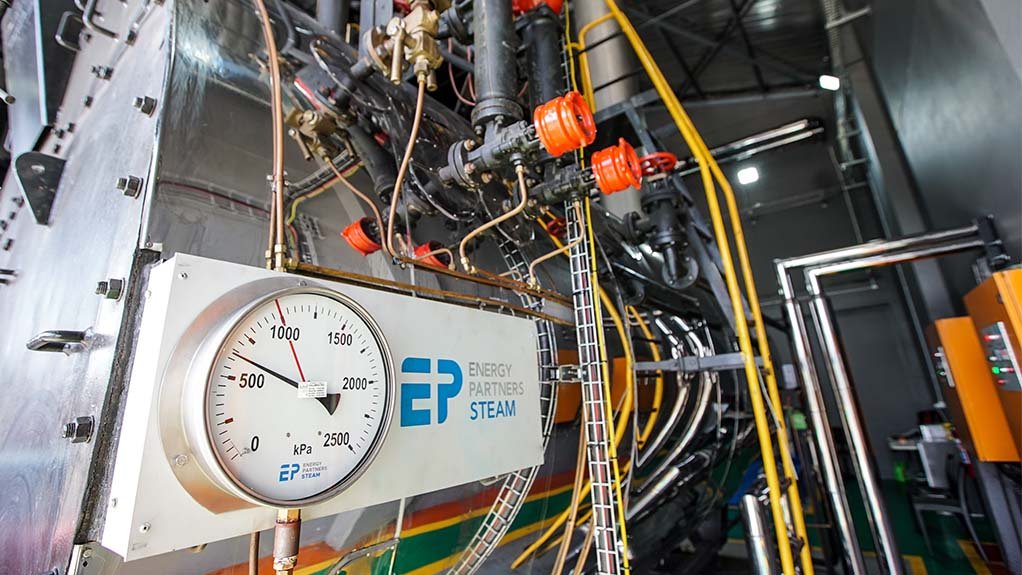 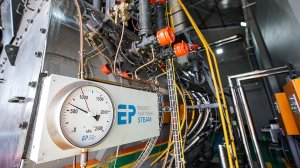 Energy solutions provider Energy Partners anticipates an increase in interest in its offerings in the Eastern Cape, subsequent to the development and commissioning of a boiler house at a chicken processing plant in Uitenhage, in the Eastern Cape.

He tells Engineering News that the first component included manufacturing a boiler house with boilers and ancillaries, while the second component entailed a plant pipework reticulation design and installation.

Both components of the project were executed simultaneously.

The project was conceptualised in early 2020, and final commissioning of the plant was achieved in May last year.

Probert enthuses that savings of between 2% and 3% using the coal-fired boiler, as it is the most economical fuel to be used in an application of this size, will be achieved when the facility is running at full capacity.

A heavy fuel oil (HFO) standby boiler with a steam sparge was installed, consequently ensuring that the correct pressure and temperature are maintained for the HFO-fired standby boiler.

“This allows for an almost instant response under breakdown conditions, limiting downtime significantly,” he says.

The facility now has an 8 t/h, 10 bar coal-fired unit fitted as the duty boiler. The 7.2 t/h, HFO-fired standby boiler is kept on hot-standby through steam sparging – a process that involves injecting steam into water.

An economiser that extracts waste heat from the boiler’s exhaust, which then preheats the feed water, was added to the coal-fired boiler, says Probert.

Raising the temperature of the feed water through the steam system’s waste heat impacts significantly on the amount of fuel the facility needs to produce steam.

The savings in terms of coal use are, therefore, significant, he adds.

The higher feedwater temperature reduces thermal shock in the boiler, thereby reducing the risk of crack propagation in the boiler shell, which is particularly useful at sites with a low condensate return.

Further, Probert stresses that a project of this magnitude is not without challenges, as it “involves many contractors and subcontractors, all with their own timelines.