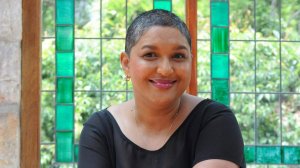 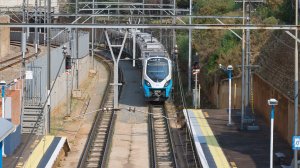 The Railway Safety Regulator (RSR) hopes to collaborate with all stakeholders that have direct or indirect interactions with rail systems to mitigate fatalities associated with railways.

RSR media and communications GM Madelein Williams mentions that part of this process is making the public aware of their surroundings when they are in rail reserves or crossing railway lines. This includes observing trains before entering the rail reserve, obeying warning signs in rail systems and respecting railway infrastructure systems.

“This is to ensure that the public understands the link between vandalism and how it affects the safety and reliability of rail transport. When the public respects and observes the rules and laws of rail, the country will have reliable and safe rail operations.”

Subsequently, commuters will travel safely and on time and commodities will arrive at their various destinations on time, she adds.

The RSR recognises that, if it instils a culture of safety in children from a young age, society will be able to respect and apply that in conjunction with the rail sector.

It is for this particular reason that the RSR has identified the Department of Basic Education (DBE) as an important partner in railway safety education.

Williams notes that, in 2015, the regulator approached the DBE to introduce railway safety as part of the Life Orientation curriculum. Since then, the RSR has been heavily involved in ensuring that this becomes a reality. The RSR has developed railway-safety content to address issues that involve the youth.

DBE’s open source textbooks are being developed with railway safety as part of the content. Learners will also be afforded the chance to explore current rail challenges and suggest possible solutions.

She adds that, apart from educating the youth, a key focus for the RSR is to collaborate with like-minded stakeholders to educate and conduct public awareness activities relating to safe railway operations in accordance with the National Railway Safety Regulator Act, No 16 of 2002.

The RSR conducts and participates in various campaigns and engagements throughout the year. These range from safety awareness programmes at schools, such as school debates to address unsafe railway behaviour, to awareness campaigns at level crossings and stations.

The campaigns are done in collaboration with other stakeholders in the transport industry such as the Passenger Rail Agency of South Africa, rail transport company Transnet Freight Rail, the RTMC, the Rapid Rail Police (a division of the SAPS), municipalities, the United Commuter Voice, schools and the Road Traffic Infringement Agency.

Williams further highlights that the RSR has a duty to ensure that technological changes and new works are safely introduced to railway systems.

“All changes introduced by operators in the railway industry, whether in the form of technology, locomotives or infrastructure, must be communicated to the RSR for approval at different phases of the asset life.”

After evaluating the submission by the operator and checking that all risk assessments were conducted on the projects, the RSR can either approve or request further information. The life-cycle phases cover different stages, from concept, detailed design, manufacturing and/or construction, testing and commissioning, operation, monitoring and maintenance, to the decommissioning phases of infrastructure, rolling stock, telecommunication and overhead traction electrical projects.

The RSR aspires to have zero occurrences in rail operations, which is a proactive approach to not only eliminate the number of occurrences but also make railway operations safer. It is about a mindset, a value, an aspiration and a culture change in the railway industry, Williams concludes.