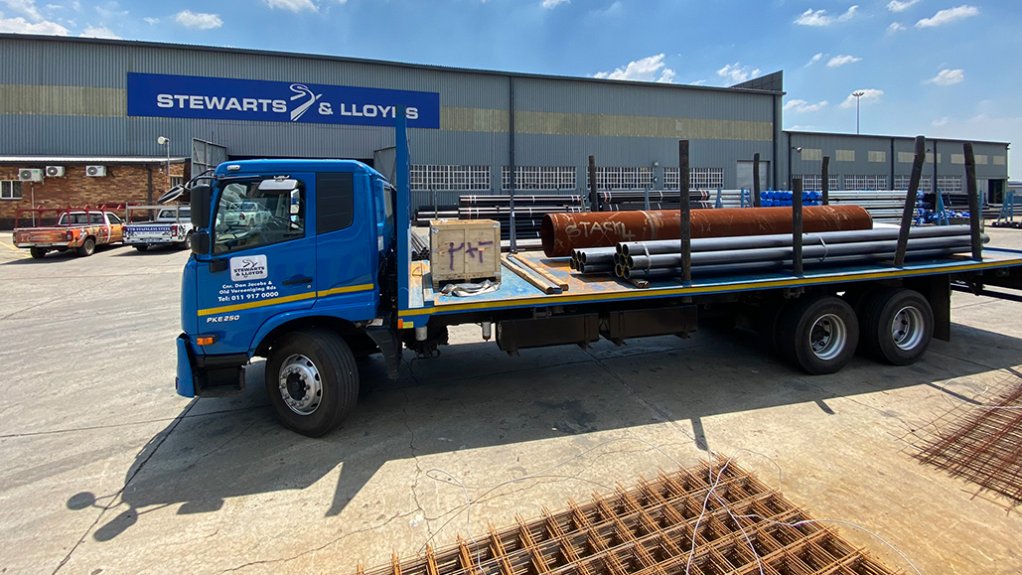 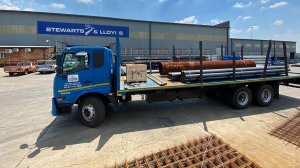 STEEL SECTOR Stewarts & Lloyds is committed to providing the best products and services they can offer and will continue to innovate to give their best to customers, the industry and South Africa

The steel sector has evolved over the past few years and steel and tube supplier Stewarts & Lloyds branch manager Richard Horsley says this is evident from the supply chain to the end-user.

Some of these changes can be attributed to the Covid-19 pandemic and the consequent uncertainty. As a result of the national lockdown, steel mills underestimated the market recovery after the pandemic, which, ultimately, created the massive shortages, he says.

“While we have had shortages in the past, it has never been to this extent.”

Horsley notes that these shortages can be attributed to manufacturing mills not expecting the industry to come back as strong and as early as it did, with some mills starting production later than expected.

This delay created significant shortages in flat steel, which, in turn, affected the supply of tube-range products such as long or wide tubes for boilers. It also caused shortfalls with other types of steel, such as heavy-wall mild steels used during welding processes that create structural elements on building fronts, he explains.

Moreover, projects in South Africa created an ever bigger demand than what could be met by the current supply.

The all-time-high steel prices over the past 12 months, coupled with the supply constraints, resulted in steel prices increasing even more, adds Horsley.

This price increase, and demand challenges over the past two years, has caused a shift in the way merchants do their buying, from whom they buy and their buying patterns.

While supply and prices have settled, Horsley highlights that the industry is also settling down, with margins and volumes returning to normal levels.

“While I believe we will still see the same volumes this year, there will not be much growth this year owing to ever increasing fuel prices, the overall recession, the sluggish economy and emigration, which are just some of the more pertinent factors.

The resilience of most players in being able to survive “the many curve balls”, including the price increases and steel shortages, is an achievement for the South African steel industry.

“While we hope that exciting times are ahead, it will be for those that don’t sit back and just accept things. It is up to the industry to work together and create opportunities for ourselves,” he adds.

The ever-evolving steel industry has provided Stewarts & Lloyds with an opportunity to make some changes, which have resulted in a shift towards a strategy that is more industrial than financial.

As part of the strategy, Stewarts & Lloyds has incorporated new features for end-users and contractors by increasing product offerings to customers and focusing more on all steel subranges, as well as a fluid control range at many of its branches, explains Field.

While this expansion is an ongoing process, the aim is to ensure overall customer buying satisfaction, he adds.

Field highlights that the team at Stewarts & Lloyds is committed to providing the best products and services they can offer and will continue to innovate to give their best to customers, the industry and South Africa.